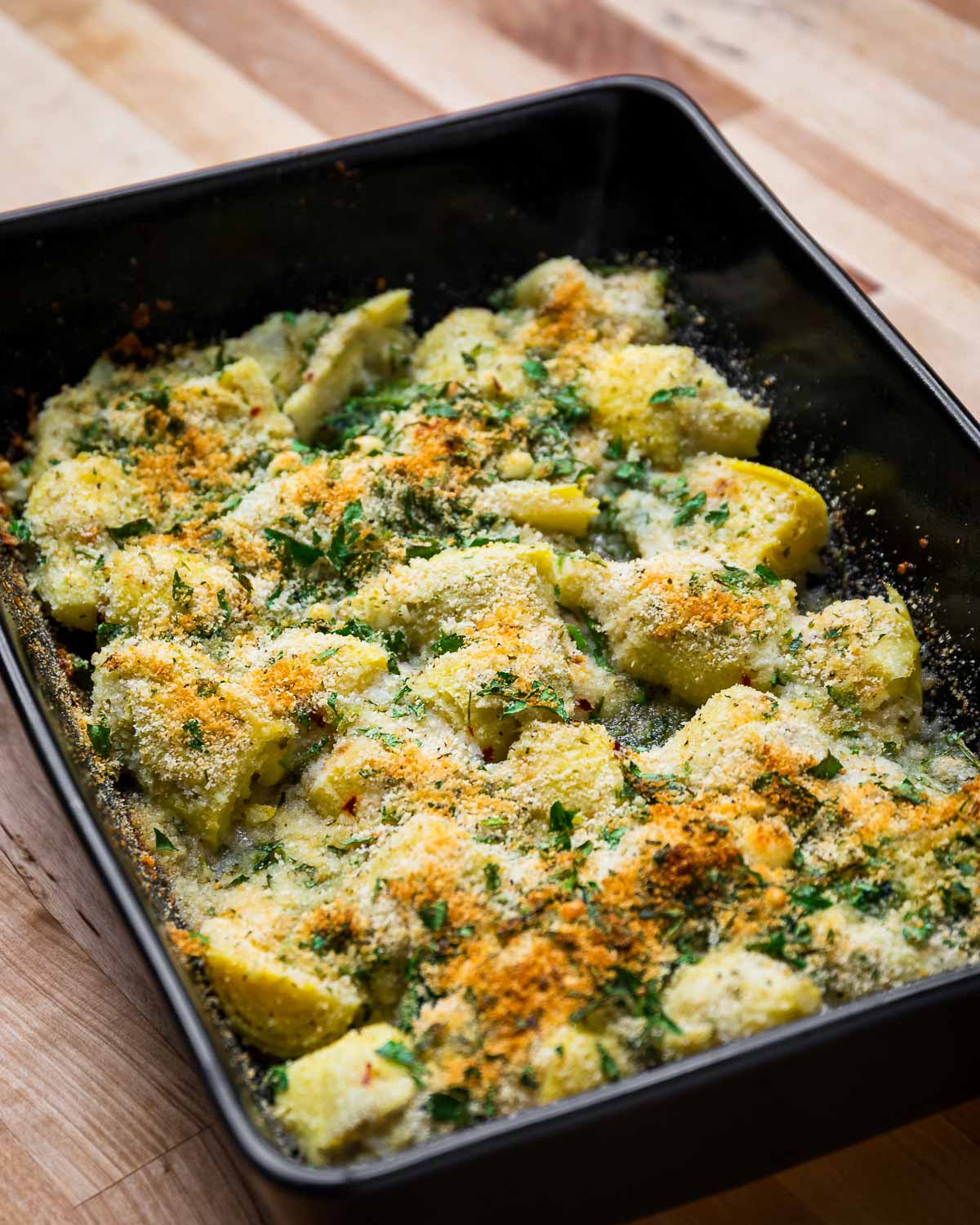 And I too have adopted this as a simple side dish that my family loves.

I make this often, especially during the week when time is less abundant.  I'll serve it alongside some grilled chicken thighs, chicken cutlets, or even pork tenderloin.

Baked artichoke hearts are also a perfect Thanksgiving side dish because it's easy, full of flavor, and even the pickiest guests will eat them.

No matter when these are served, there is always one thing that is certain - there are never any leftovers because they are really that good! 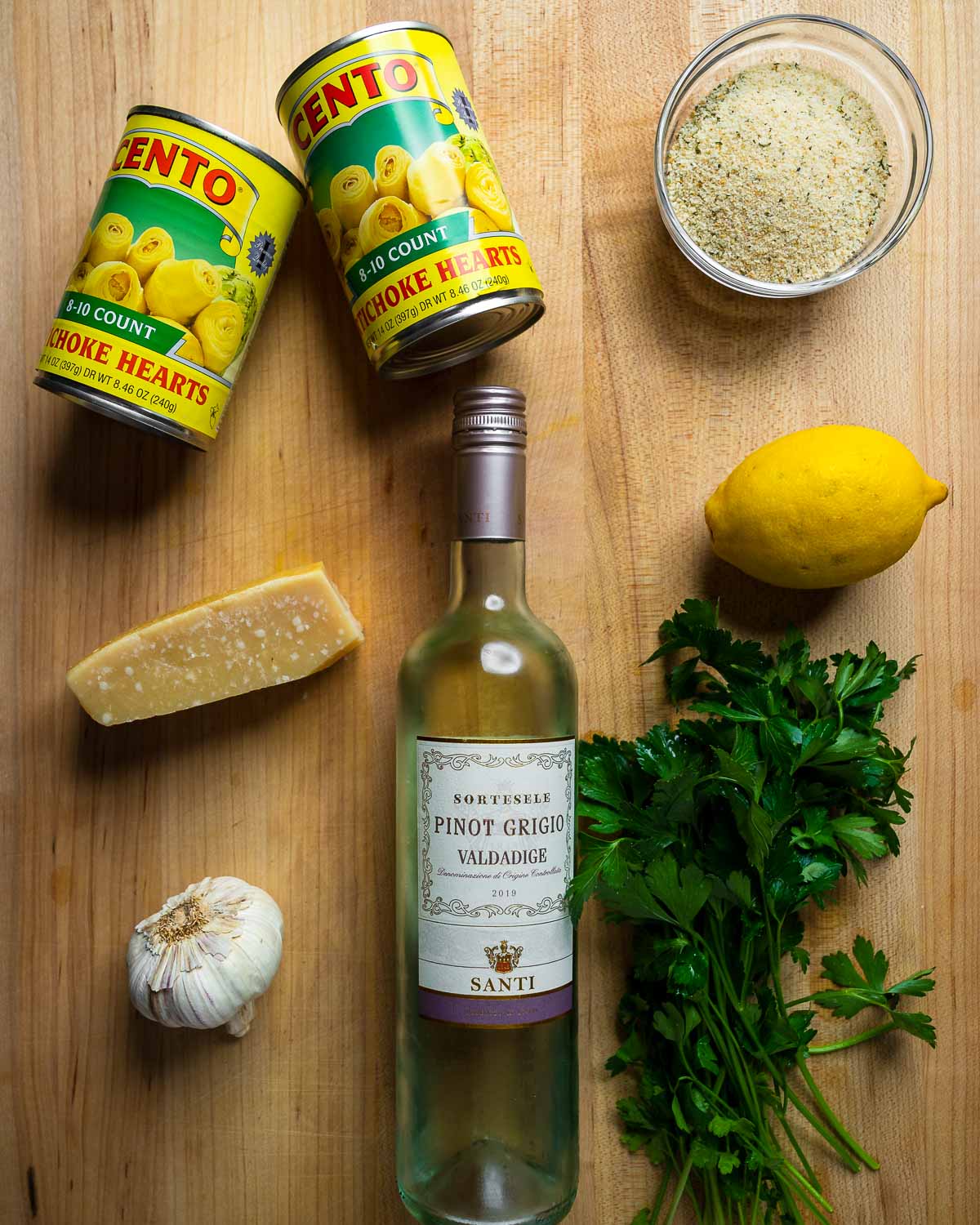 Having made this recipe using both types of artichoke hearts, I can share that I prefer the canned hearts.

While both types have their own benefits, I find that the texture of the canned version holds up better for baked artichoke hearts.

The frozen can be mushy and require more prep.

For example, if you are using frozen artichoke hearts, you'll need to make sure that they are defrosted and dried before using them for this recipe.

Canned artichokes should be rinsed of their solution, and dried, but there is no defrost time needed.

I also like the fact that canned artichoke hearts are shelf-stable, leaving the room in my freezer for other things, like gelato or pizza dough. 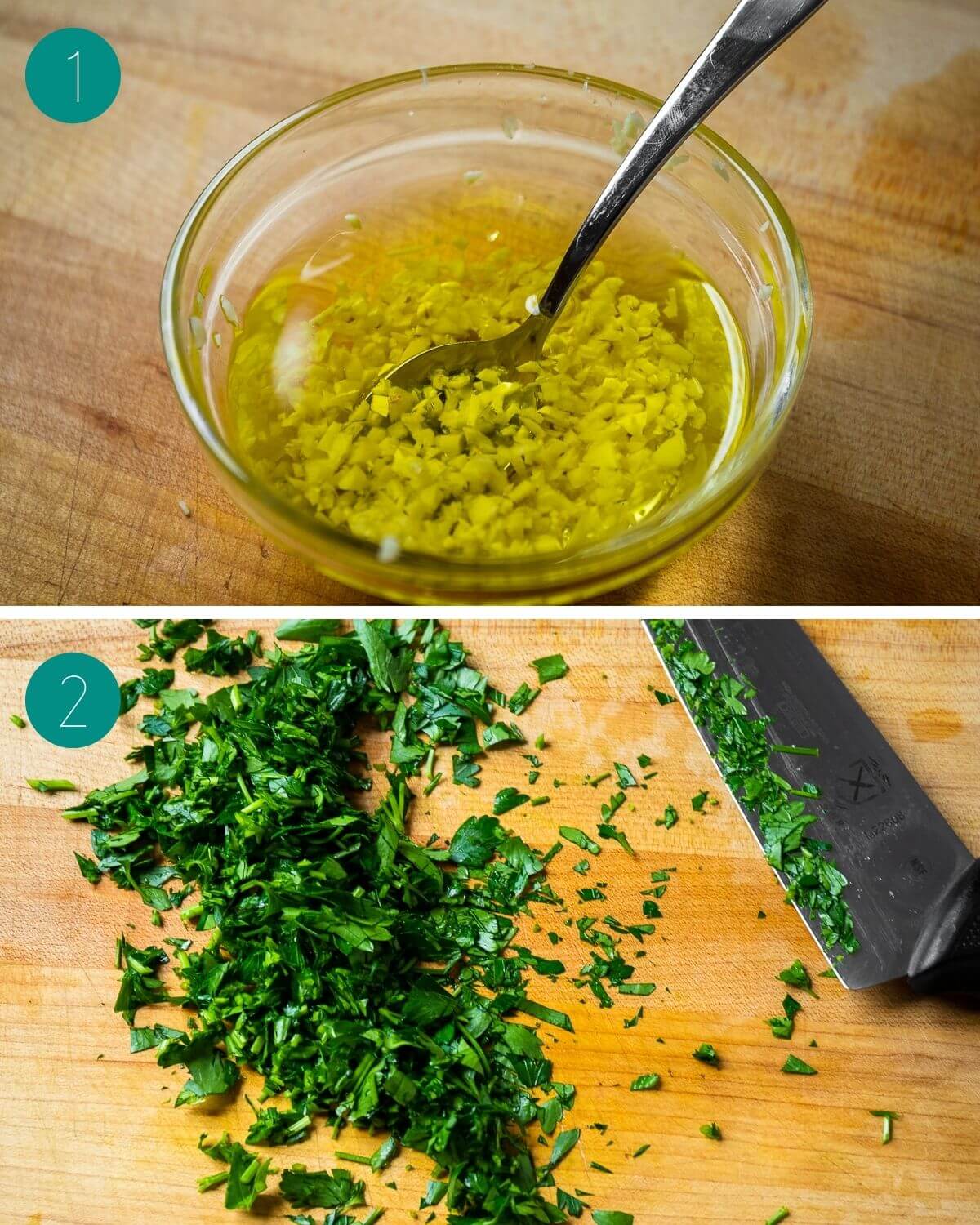 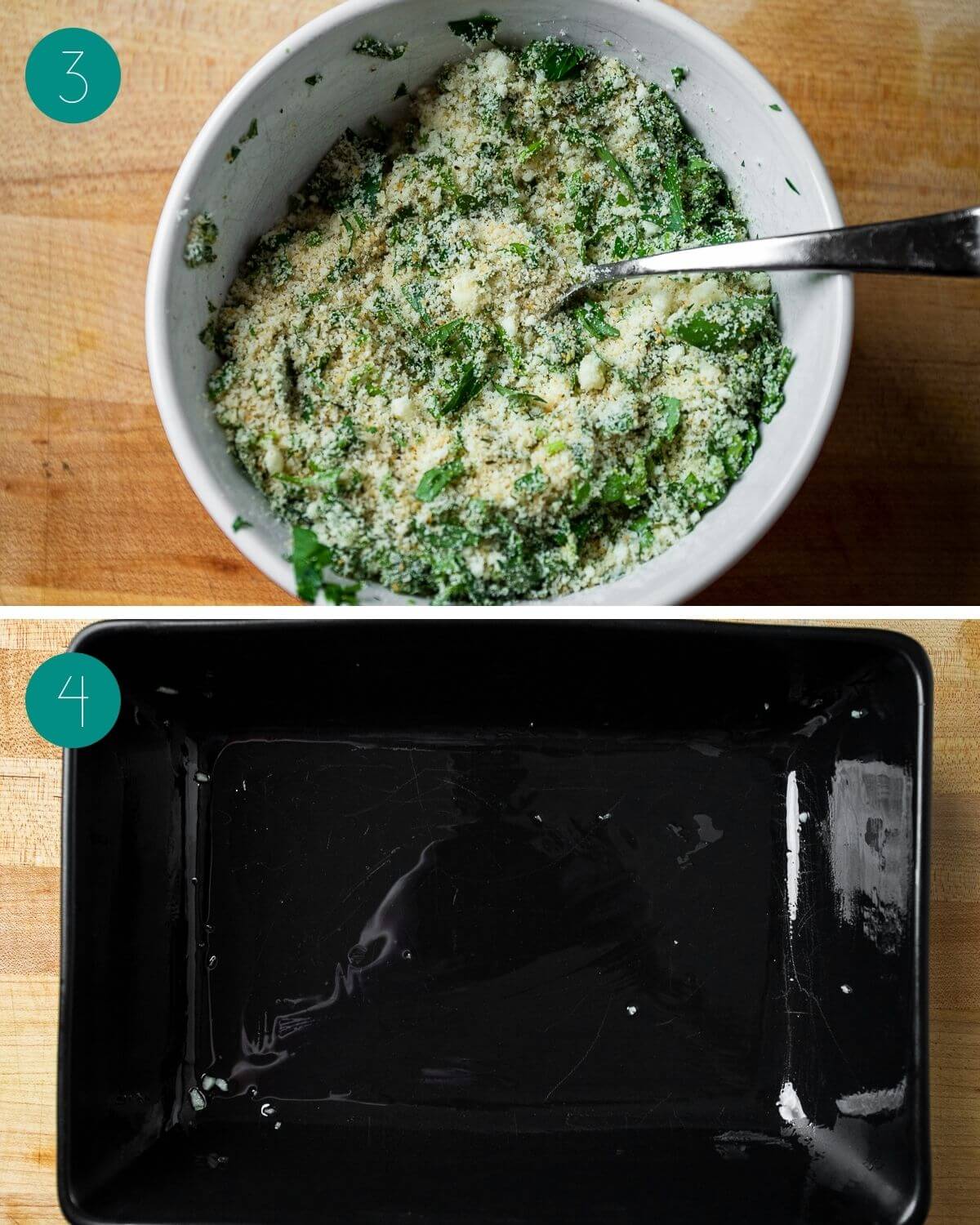 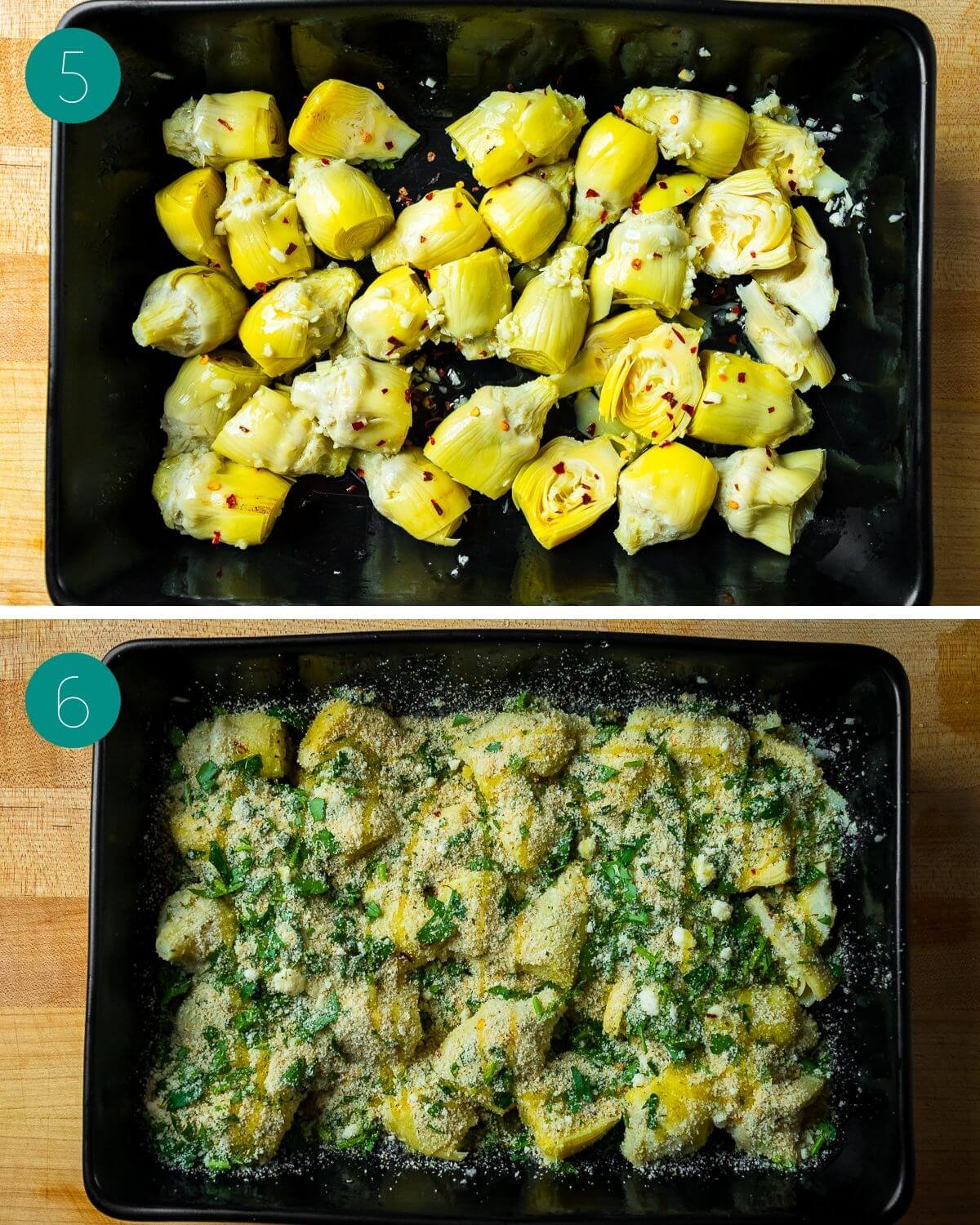 One of the things I love most about cooking, is the ability to make a dish your own simply by adding a few other ingredients.

Some of my favorite additions, or variations of baked artichoke hearts include:

If you've tried an addition that I don't have listed here, let me know in the comments below!

If you’ve enjoyed this baked artichokes hearts recipe or any recipe on this site, give it a 5-star rating and tell us about it in the comments below.

We would love to hear how you did and it’s nice to show others as well.  Thanks! 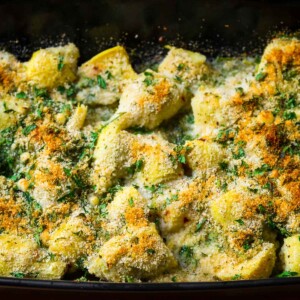