Stuffed artichokes are one of the most beloved Italian appetizers.  Artichokes are trimmed and stuffed with garlicky breadcrumbs and baked in a buttery lemon and white wine sauce until tender.  While making these takes time, the reward at the end is well worth it.  Our step-by-step instructions walk you through the entire process, including how to eat them! 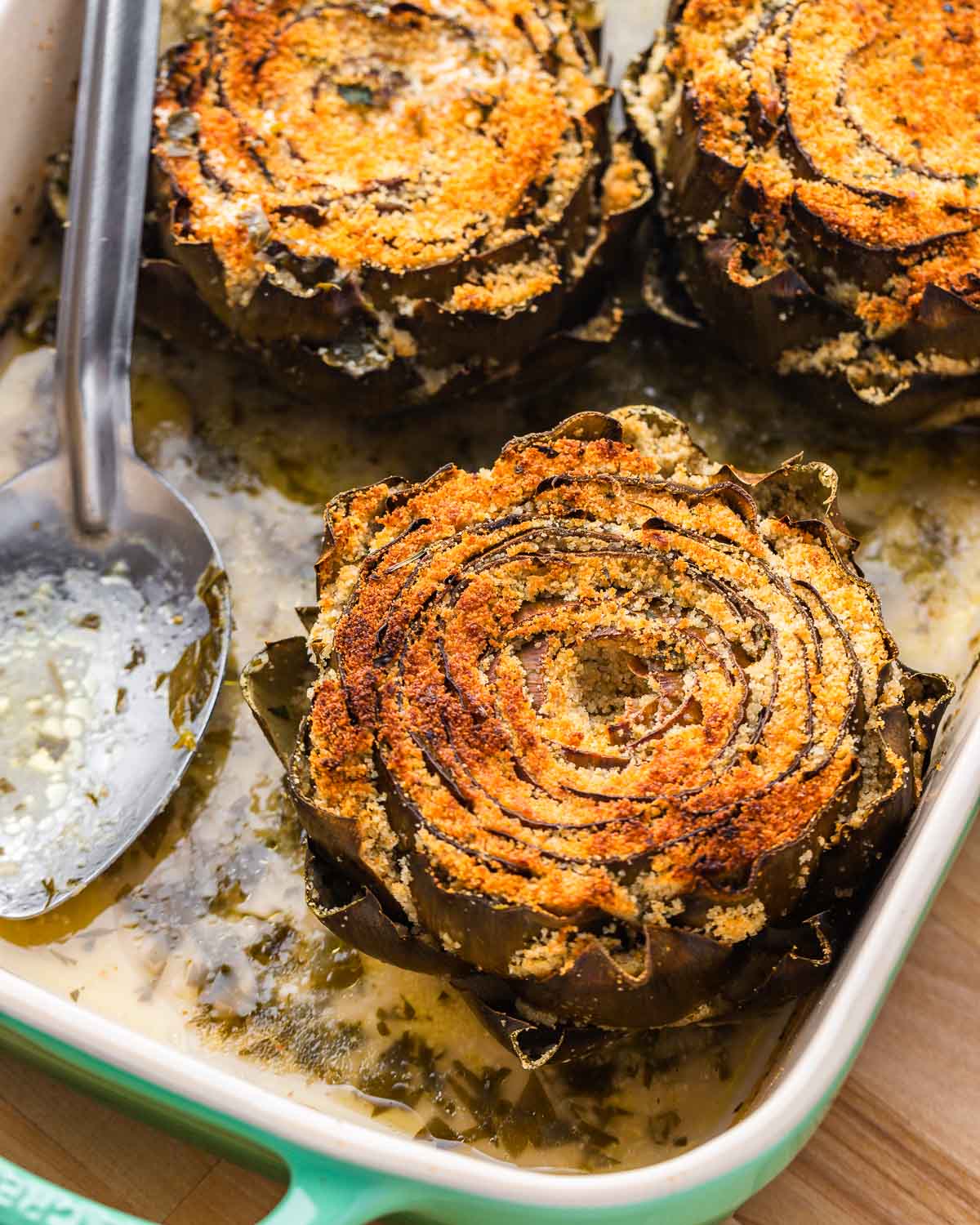 There is really nothing quite like an artichoke.  Whether you're eating the hearts as part of an antipasto platter, or in a spinach artichoke dip, their flavor is quite unlike any other food.

But the stuffed artichoke is essentially the king of all appetizers for several reasons.

First, if you are lucky enough to be on the receiving end of an artichoke, you can assume the person who made it cares about you.

Making classic stuffed artichokes is a labor of love which is why they're typically reserved for special occasions.

Whoever made the artichoke took the time to prep it, trimming the leaves, removing the choke, and distributing the breadcrumbs between layers of leaves. 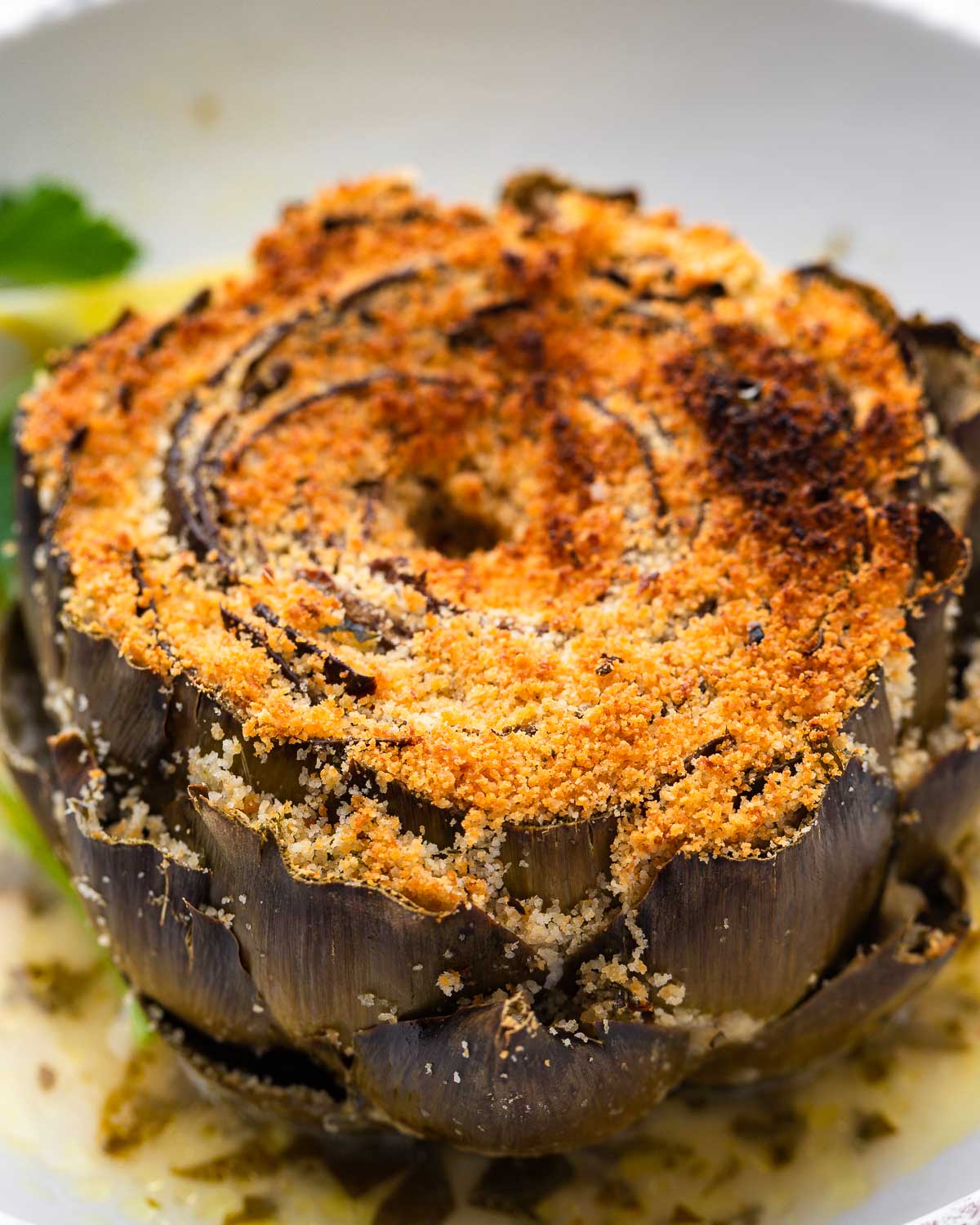 Note:  When I'm craving stuffed artichokes but am short on time, I opt for these baked artichoke hearts with seasoned breadcrumbs.

Another reason to love stuffed artichokes is that they're an interactive food with a distinct start, middle, and end at which point the eater is "rewarded".

The eater will work their way through the outer leaves, gently removing them and using their teeth to scrape the breadcrumb and the "meat" from each leaf.

As they work their way inward, the leaves become more and more tender, almost to the point where the entire leaf can be consumed.

When all the leaves have been moved, you're left with your reward, the heart, which might just be one of the most exquisite tasting foods on Earth.

If an escape room were food, it would be the stuffed artichoke.

Finally, and the most important of my reasons, is that when I make an artichoke, I am carrying on a family tradition that my grandmother passed to me, and that I will pass to my children. 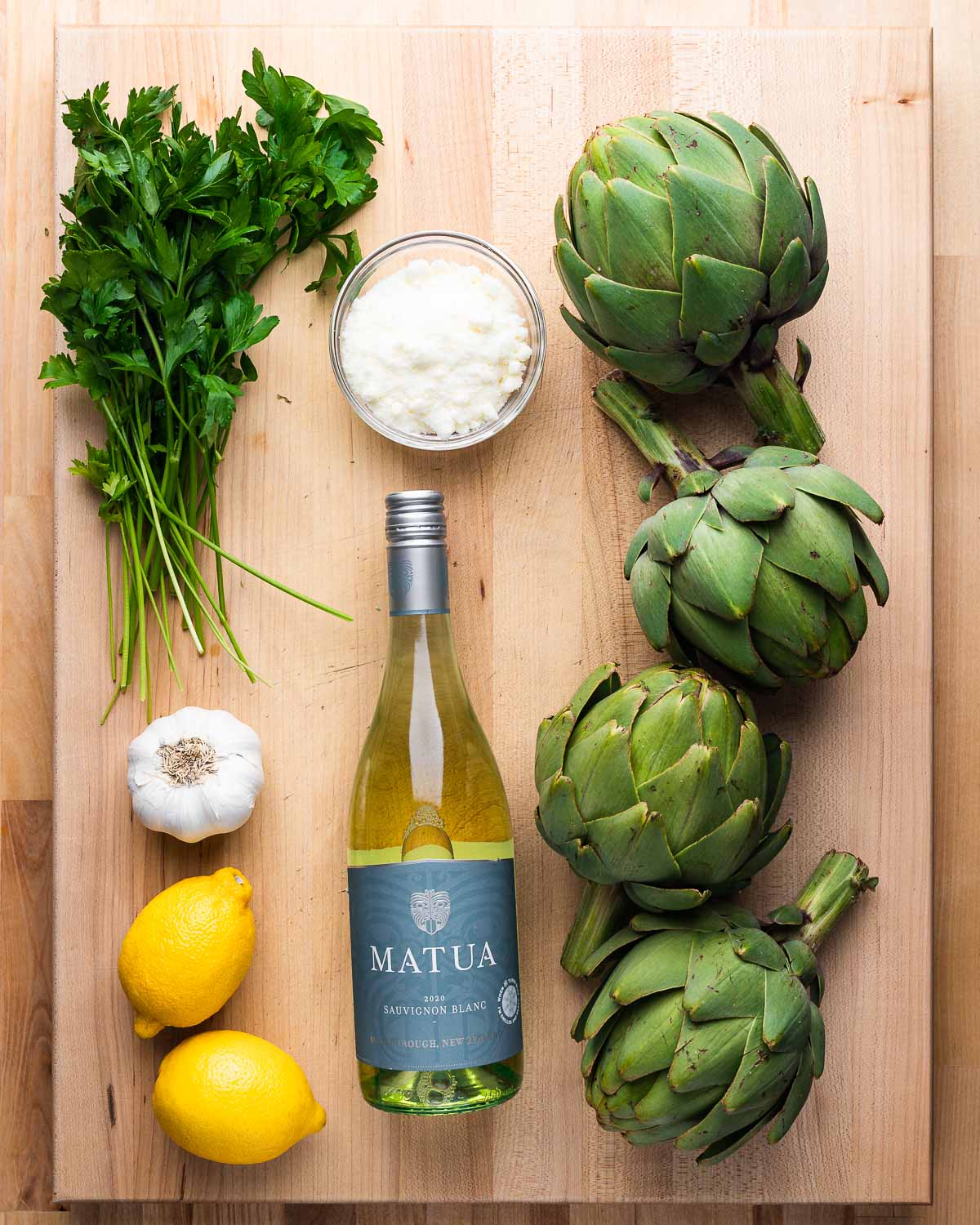 Note: The tough inner part of the artichoke (the fuzzy choke section) can be difficult to remove from a raw artichoke.  It requires a bit of muscle.  Alternatively, you can parboil or steam the artichokes for about 7-10 minutes then easily remove the fuzzy choke once cool enough to handle. 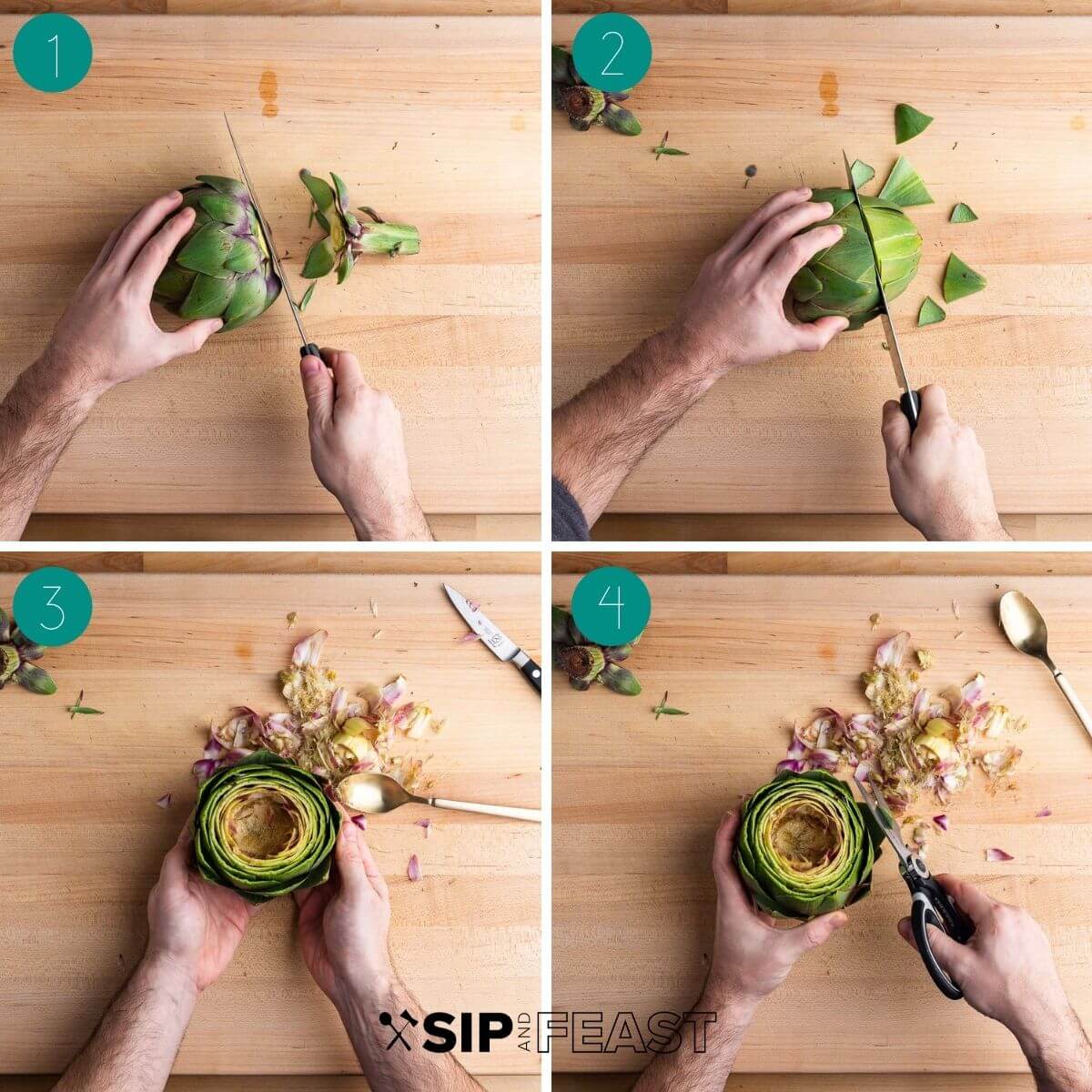 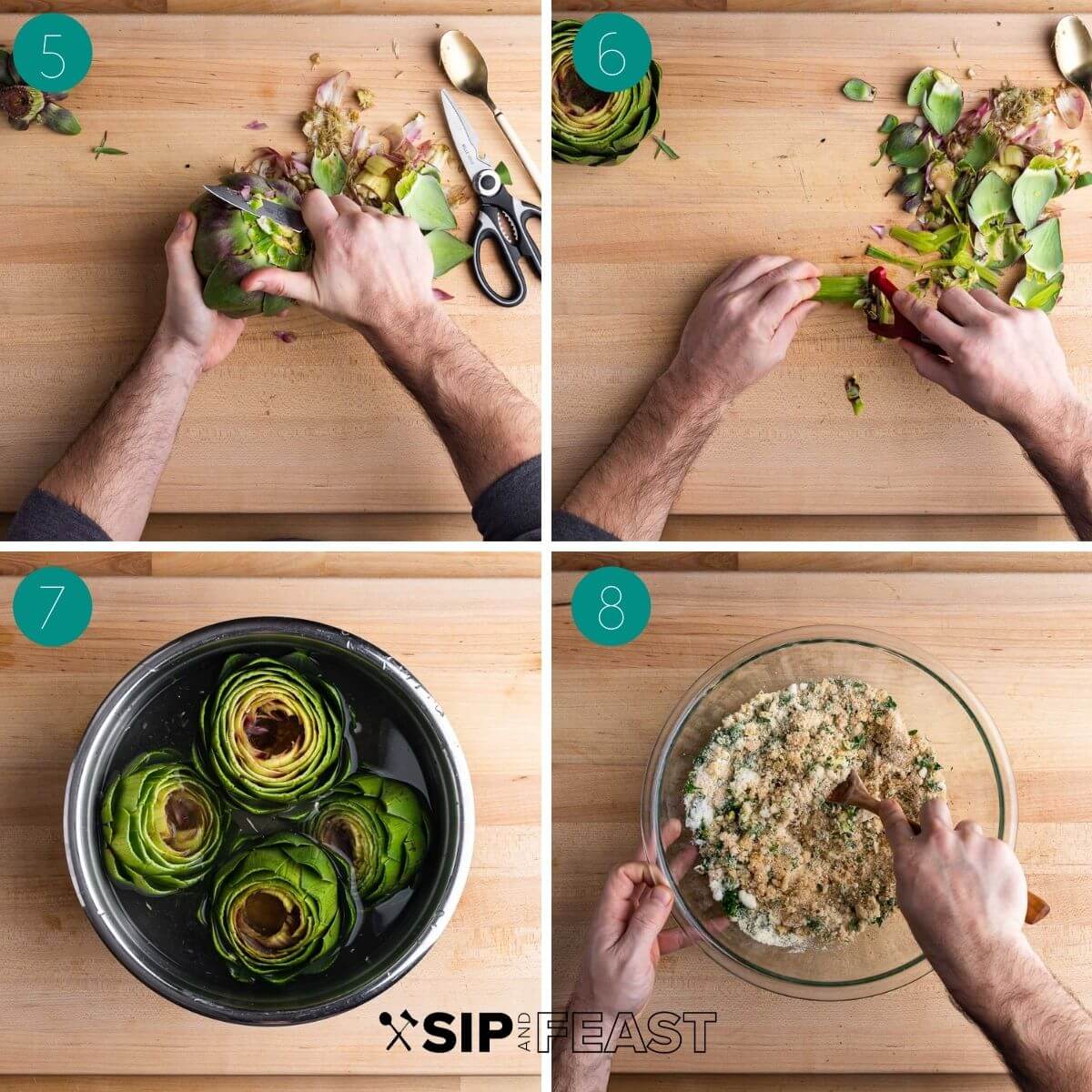 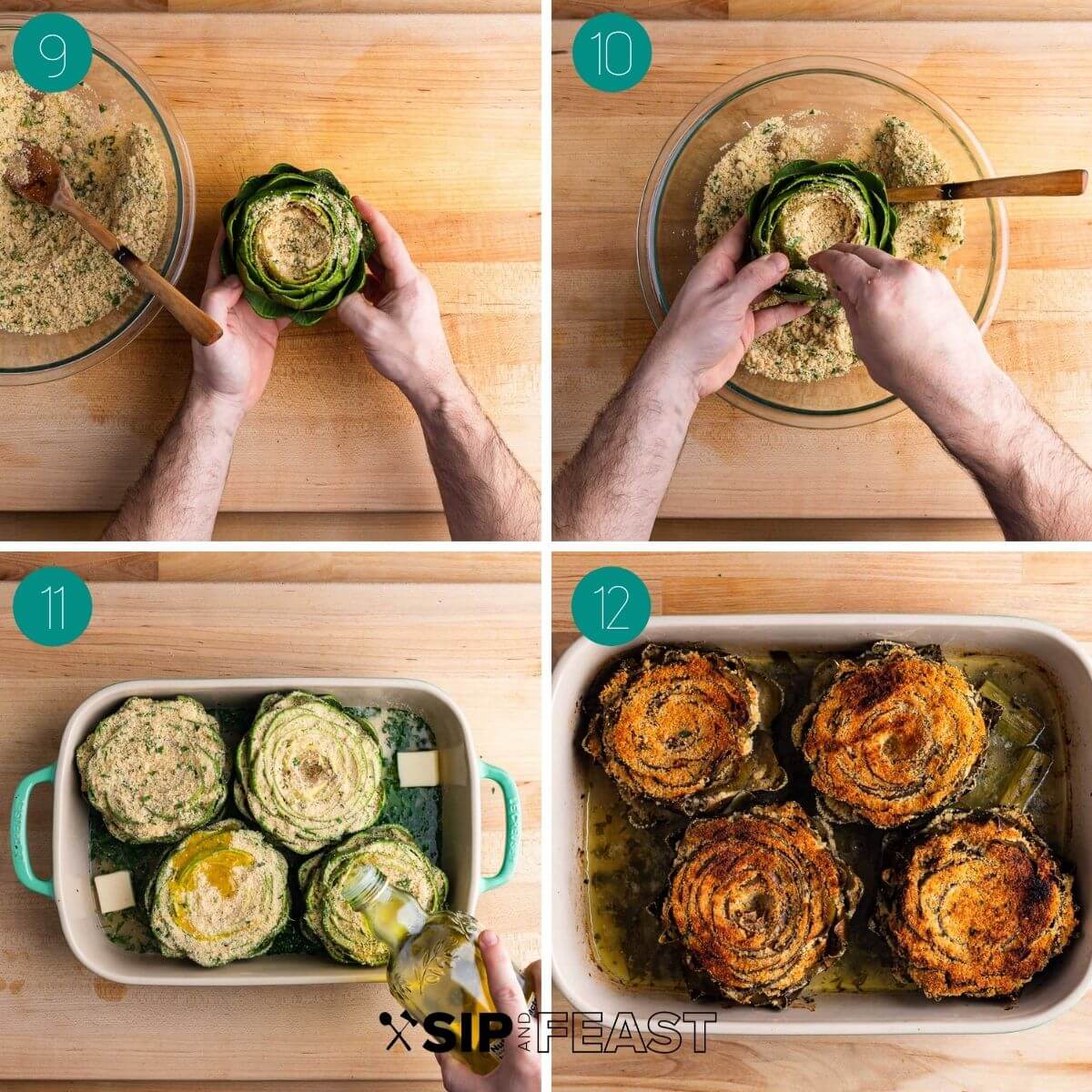 As mentioned above, artichokes are truly an interactive food in which the eater works a bit for their food and is rewarded at the end.

Before you even start, have plenty of napkins handy and an extra bowl for the eaten leaves.  Eating artichokes is messy (but fun) work and your hands will get dirty!

Begin by removing an outer leaf.  Use your teeth to remove the breadcrumbs, and to scrape the "meat" from the bottom of the artichoke leaf.

The meat is a tasty tender bit that is present at the base of the leaf - where the leaf was once attached to the choke.

Repeat the process with the outer leaves, spooning and dipping into the sauce.   The closer you get to the center, the more tender the leaves will become and you may even be able to eat the entire leaf once you've reached the center.

When the leaves are gone, and you're left with the heart, simply cut the heart into a few pieces (I cut mine in quarters) and eat.  I sometimes add some of the breadcrumb mixture as I'm doing this, but in all honesty, the heart is so good just by itself.

You can also eat the shaved-down stem in most cases if it's tender enough.  It will be slightly more fibrous than the heart but will have a similar taste. 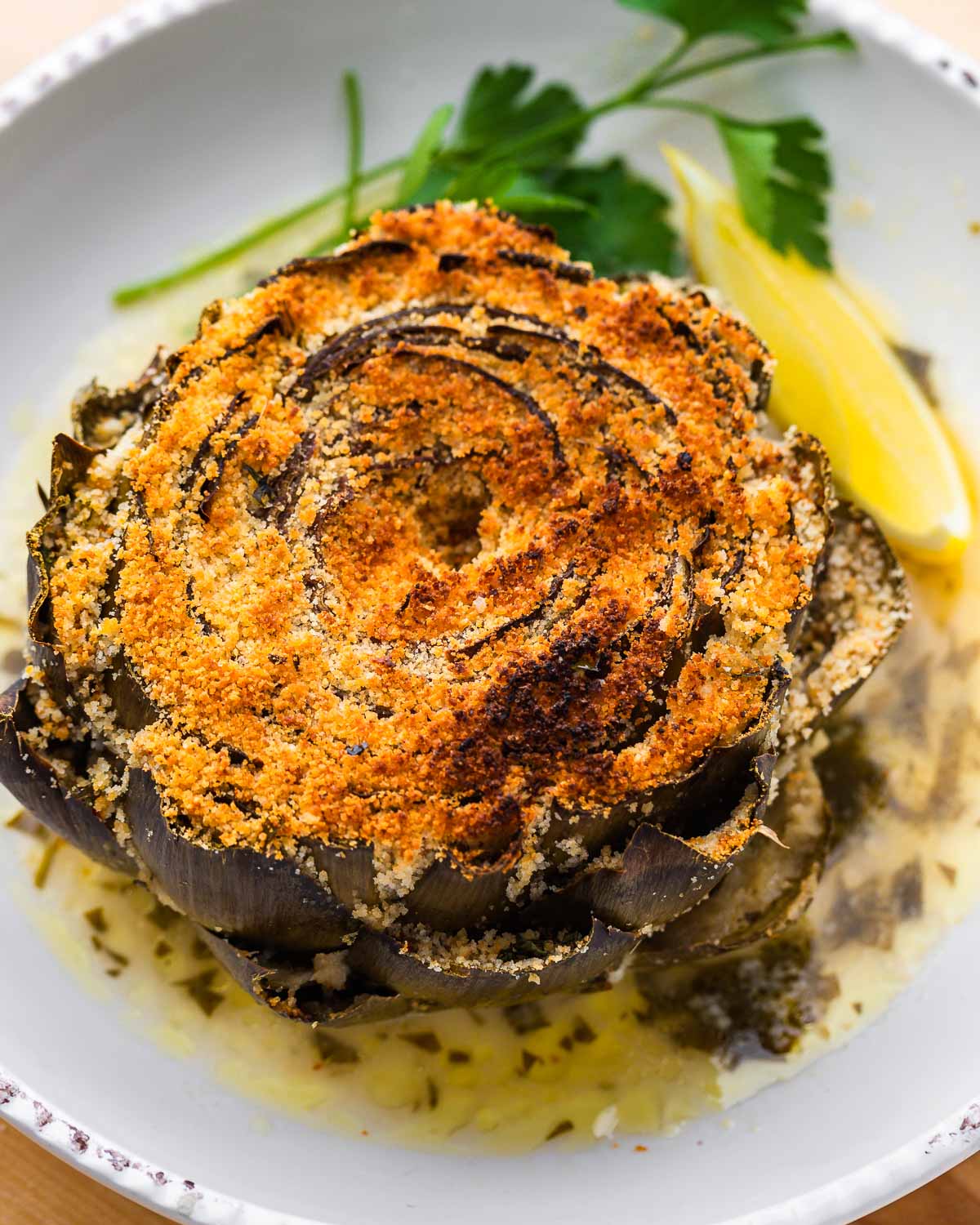 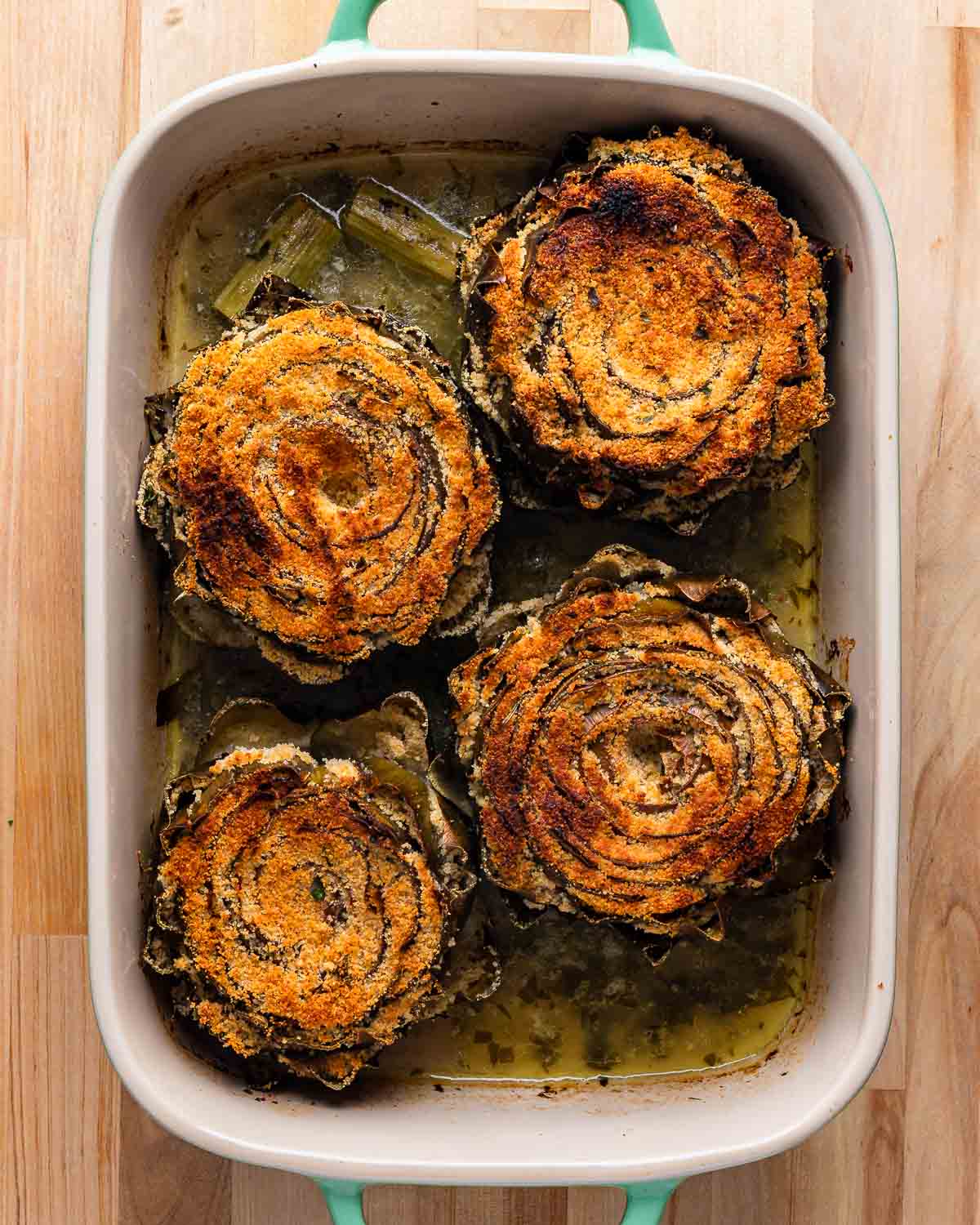 If you love stuffed artichokes, check out some of our other tried and true favorites!

If you’ve enjoyed this recipe for Italian stuffed artichokes or any recipe on this site, give it a 5-star rating and leave a review. 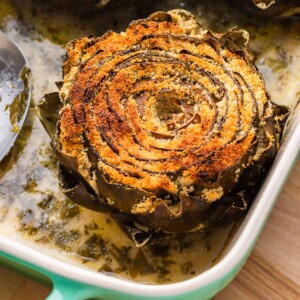 For the seasoned breadcrumbs mixture