This Italian pickled eggplant (melanzane sott'olio) recipe is a mainstay among many Italian-American families.  When you visit Italian specialty stores you will often see little jars of pickled eggplant sold for a hefty price.  It's a lot cheaper to make a whole bunch yourself, and it's real easy (and fun) too! 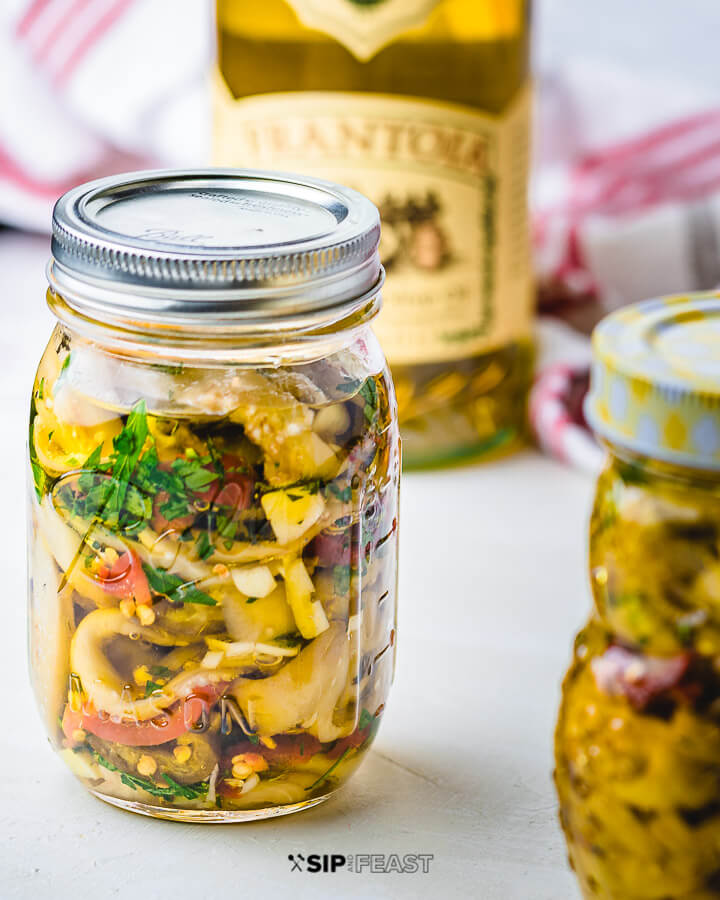 When I made, filmed and photoed this batch of pickled eggplant strips, I posted the story of making it over on my Instagram page.   I received more messages about this recipe than ever before.  It brought back memories for a lot of Italian-Americans who grew up in the New York metro area.

One man in particular, who grew up in the Bronx and is now living in Las Vegas, told me that his family used to fill an entire bathtub with eggplant for the salting process.  He was genuinely excited to see me make it, and for that I am grateful!  If you have your own pickled eggplant story, drop a comment below - we love to hear these stories and it really adds a sense of camaraderie between us and those who follow Sip and Feast. 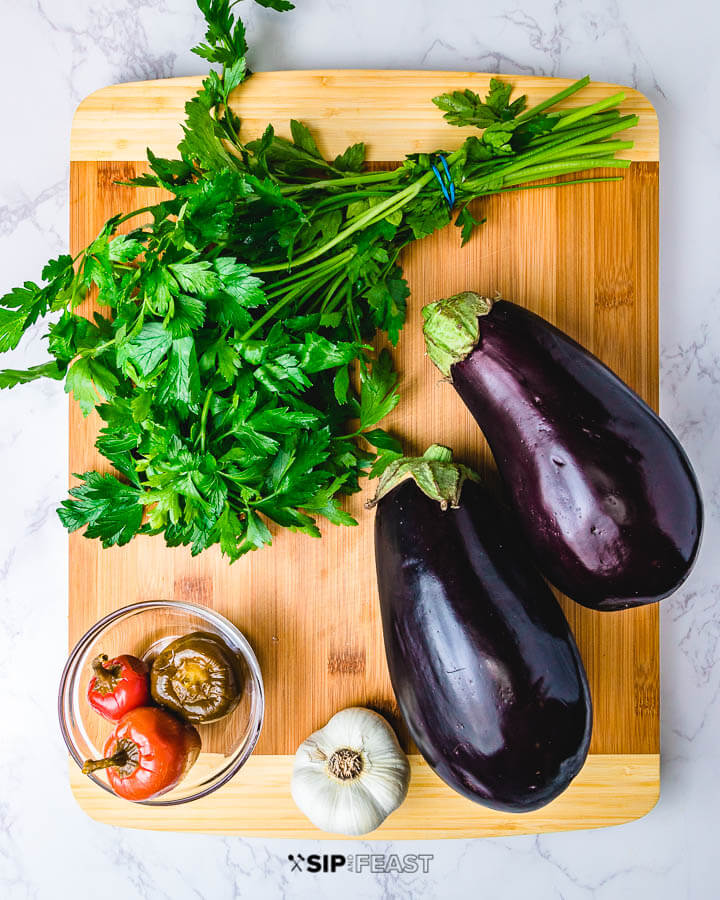 How to make Italian pickled eggplant

Each numbered pic corresponds to the numbered written instructions below. 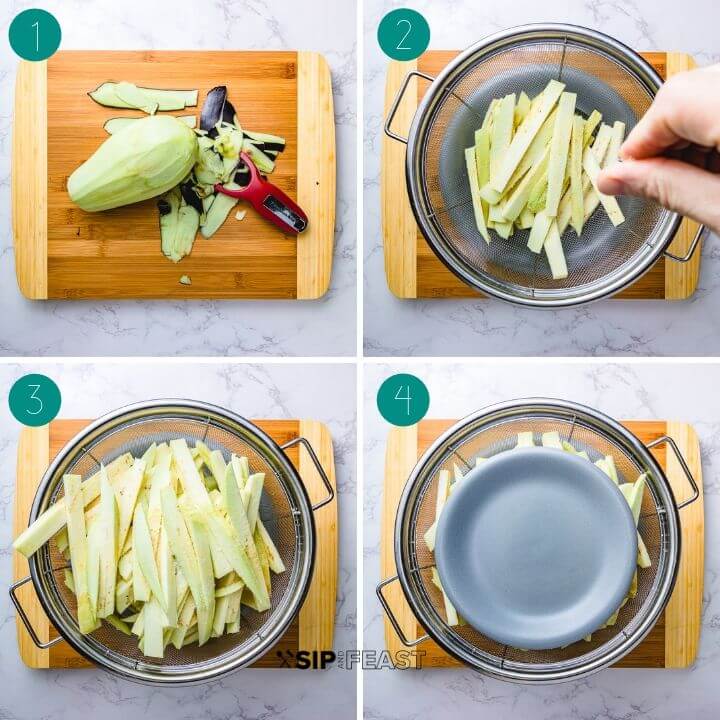 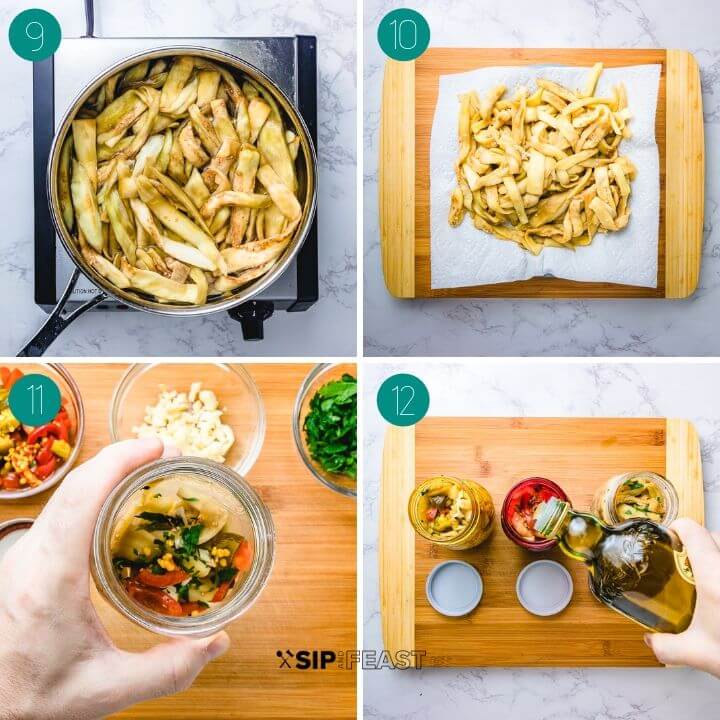 So that's how to make Italian pickled eggplant in olive oil.

The eggplant strips go so well on toasted Italian bread.  I have a hard time deciding between this eggplant recipe or eggplant caponata and/or this roasted eggplant with tomato sauce.    If you grow your own eggplants and are looking for recipes, all three of these are great condiment/appetizer ideas. 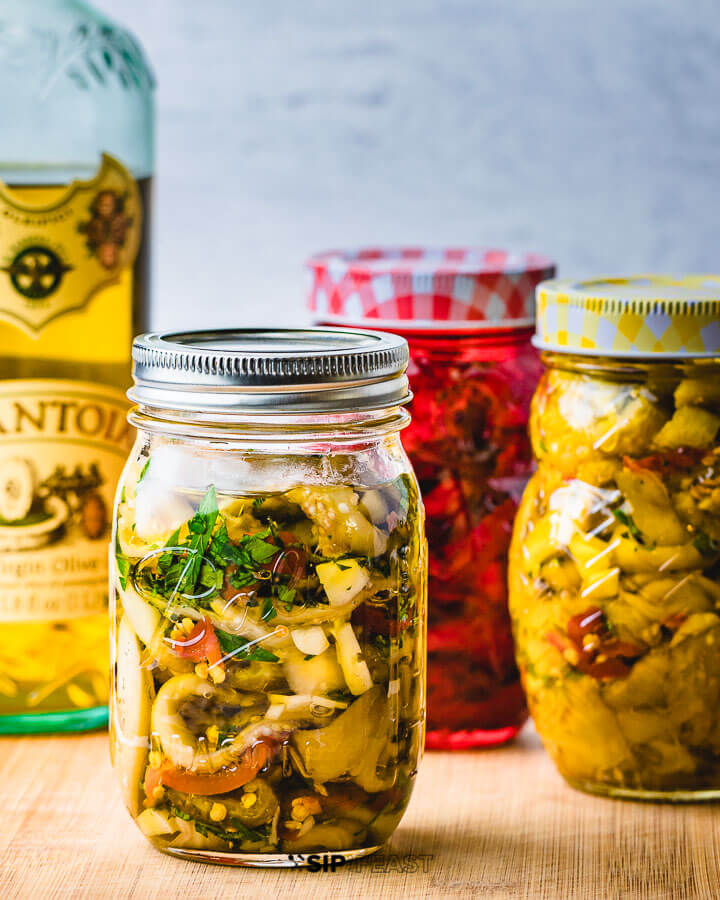 My daughter loves these owl jars.  This recipe makes about three 16 ounce jars worth of pickled eggplant.  Remember, what you start off with will greatly reduce in size from the water removal process.

If you’ve enjoyed this Italian Pickled Eggplant Recipe or any recipe on this site please let us know in the comments.  We would love to hear how you did and it’s nice to show others as well.  Thanks! 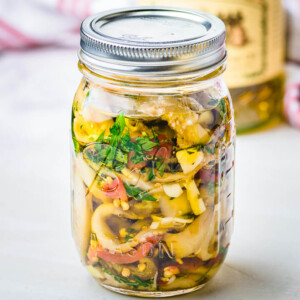