Bucatini Amatriciana is a Roman-style pasta that's made with just a few simple ingredients.  Traditionally made with guanciale, our recipe gives you the option to use the more accessible pancetta, which is combined with tomato, white wine, red chili flakes, and tossed with al dente pasta, and plenty of Pecorino Romano cheese. 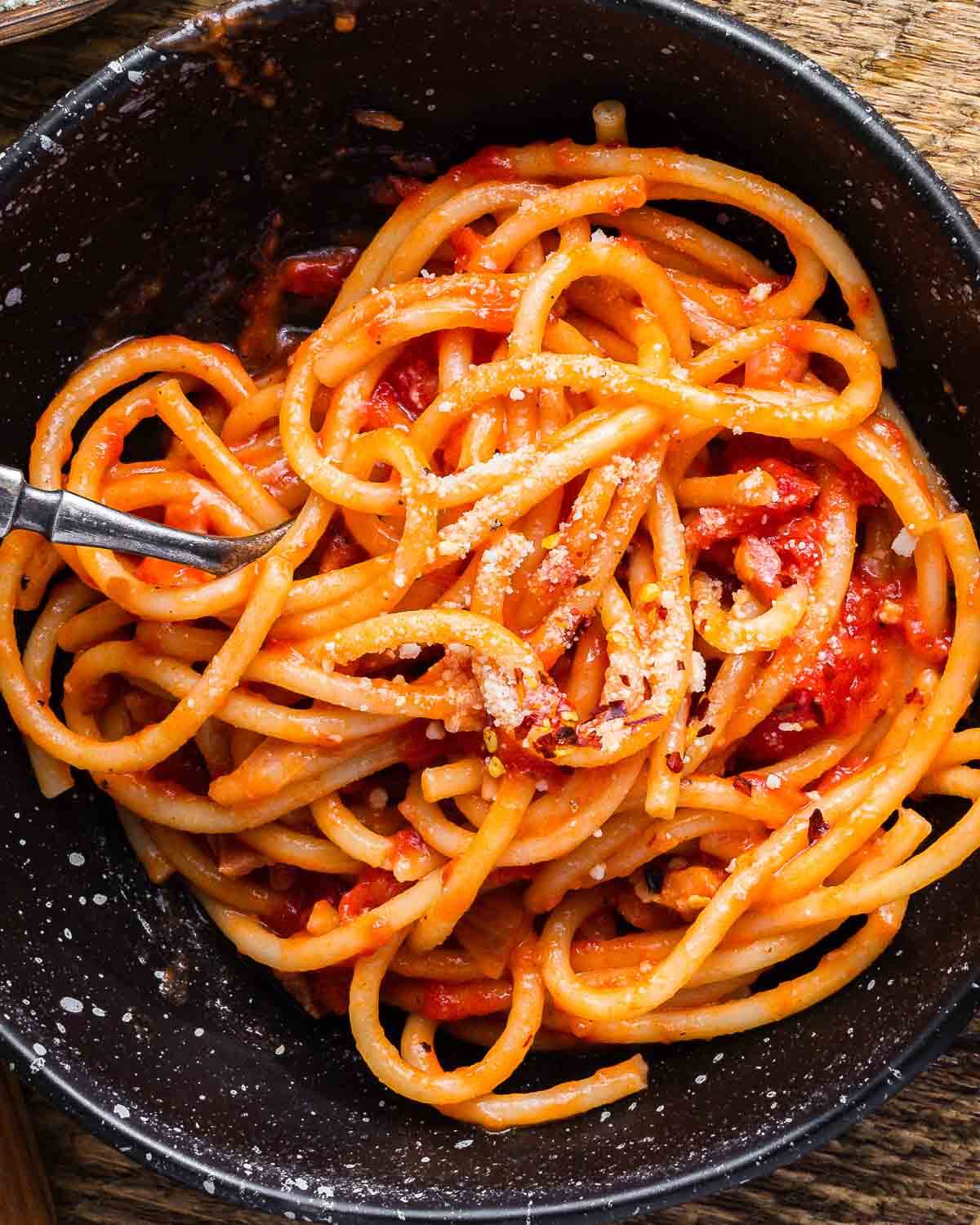 I have always admired the simplicity of the 4 Roman pastas.  Amatriciana, Carbonara, Alla Gricia, and Cacio e Pepe are prime examples of true Italian cuisine and highlight its tenets that less is more, and ingredients are everything.

With just one exception, this recipe for Bucatini Amatriciana is true to the Roman recipe.

The exception we've made here is with guanciale.  Guanciale is a non-smoked cured meat that's derived from pork jowls and is traditionally used as the fat and flavor in pasta Amatriciana.

Note: In the accompanying video I used guanciale but use whichever you can find.

For this recipe, we use pancetta as it is more widely available and is slightly more economical. 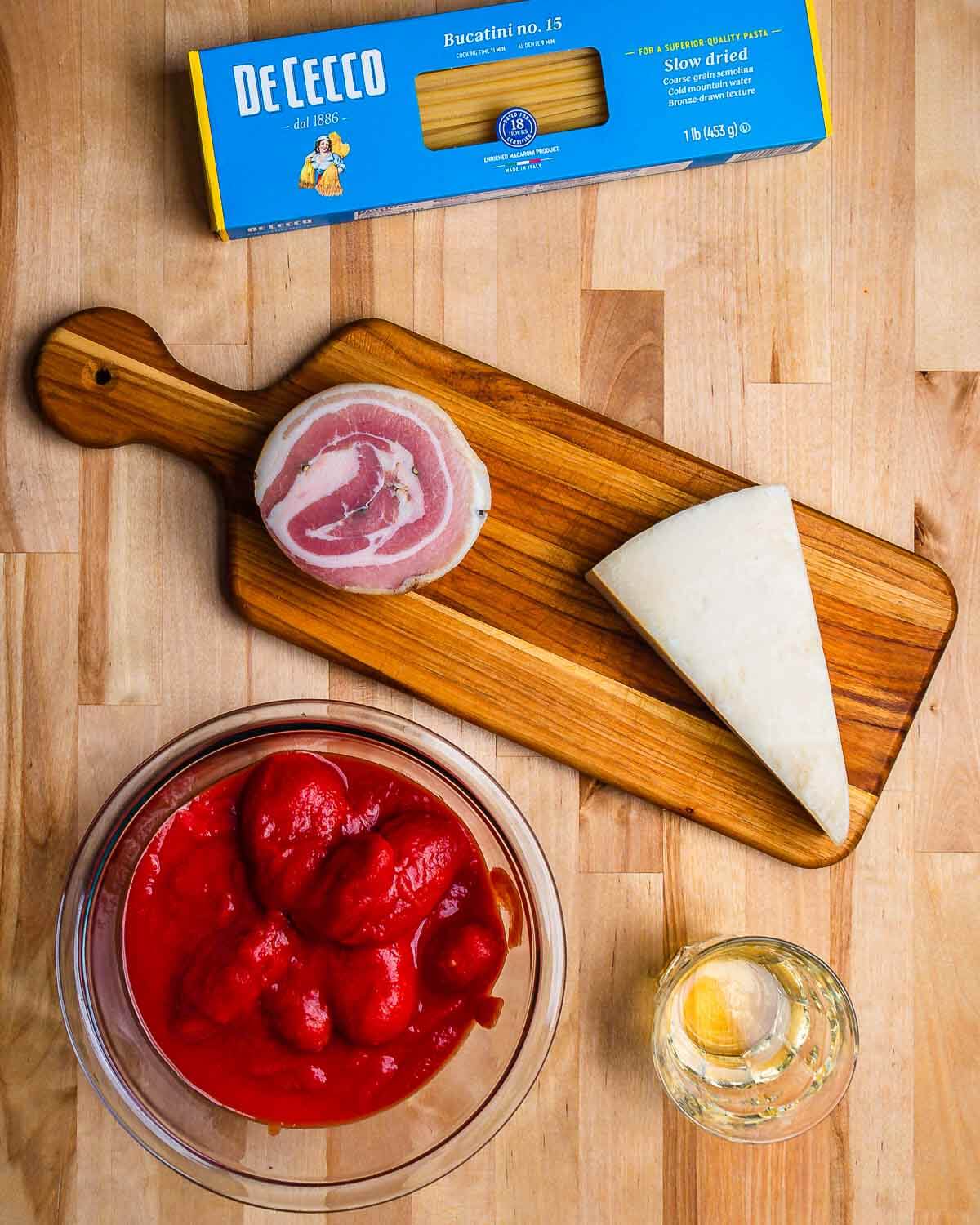 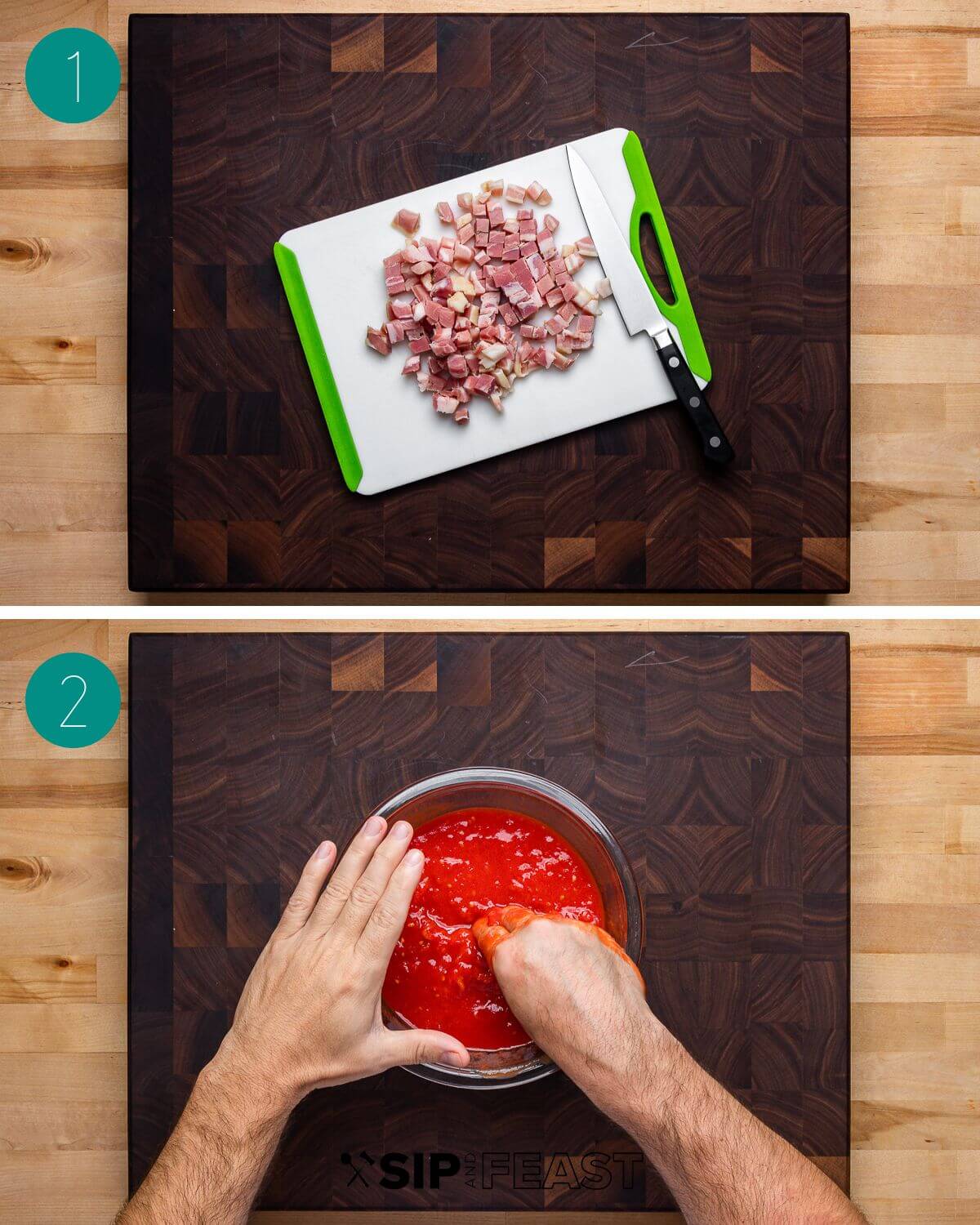 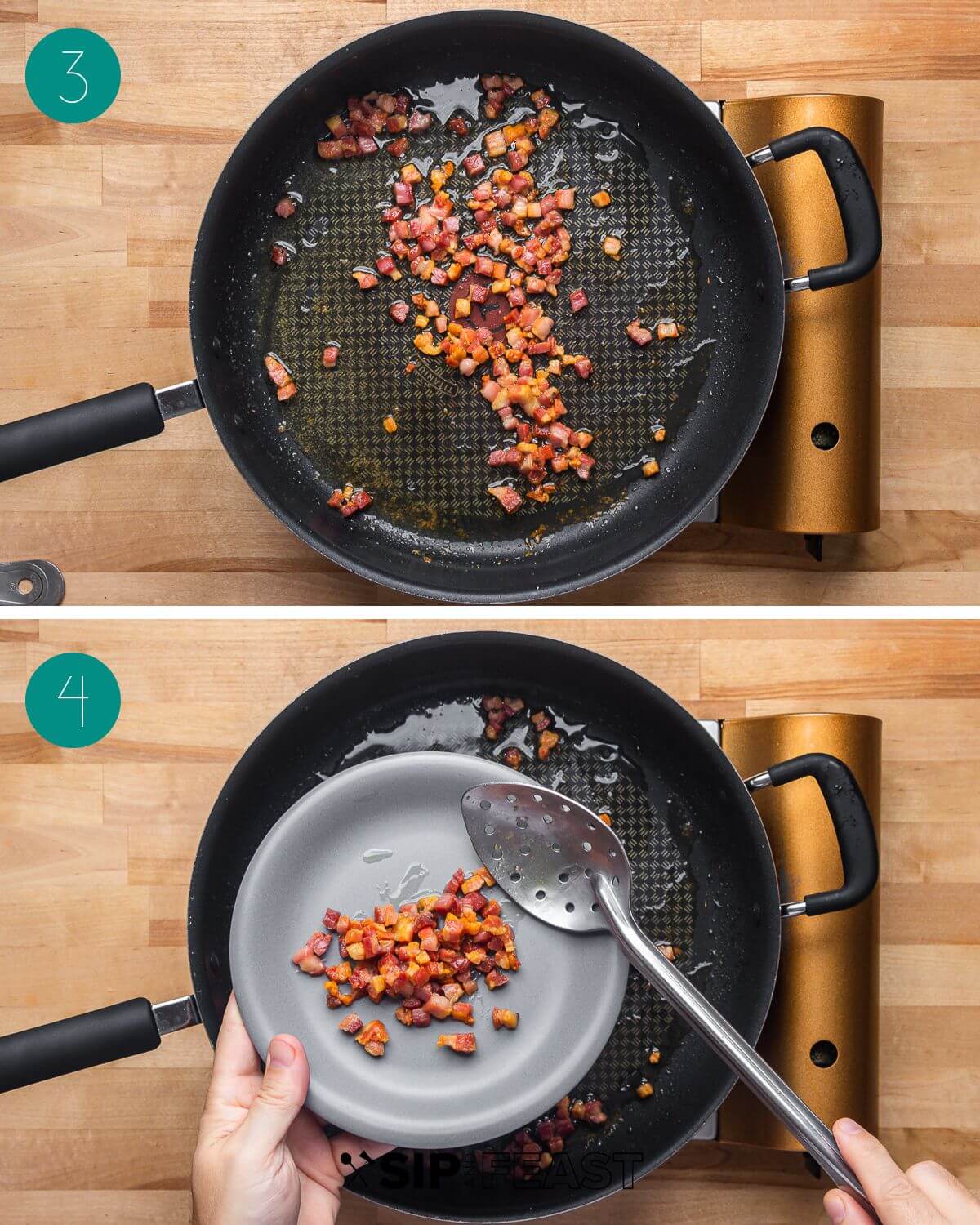 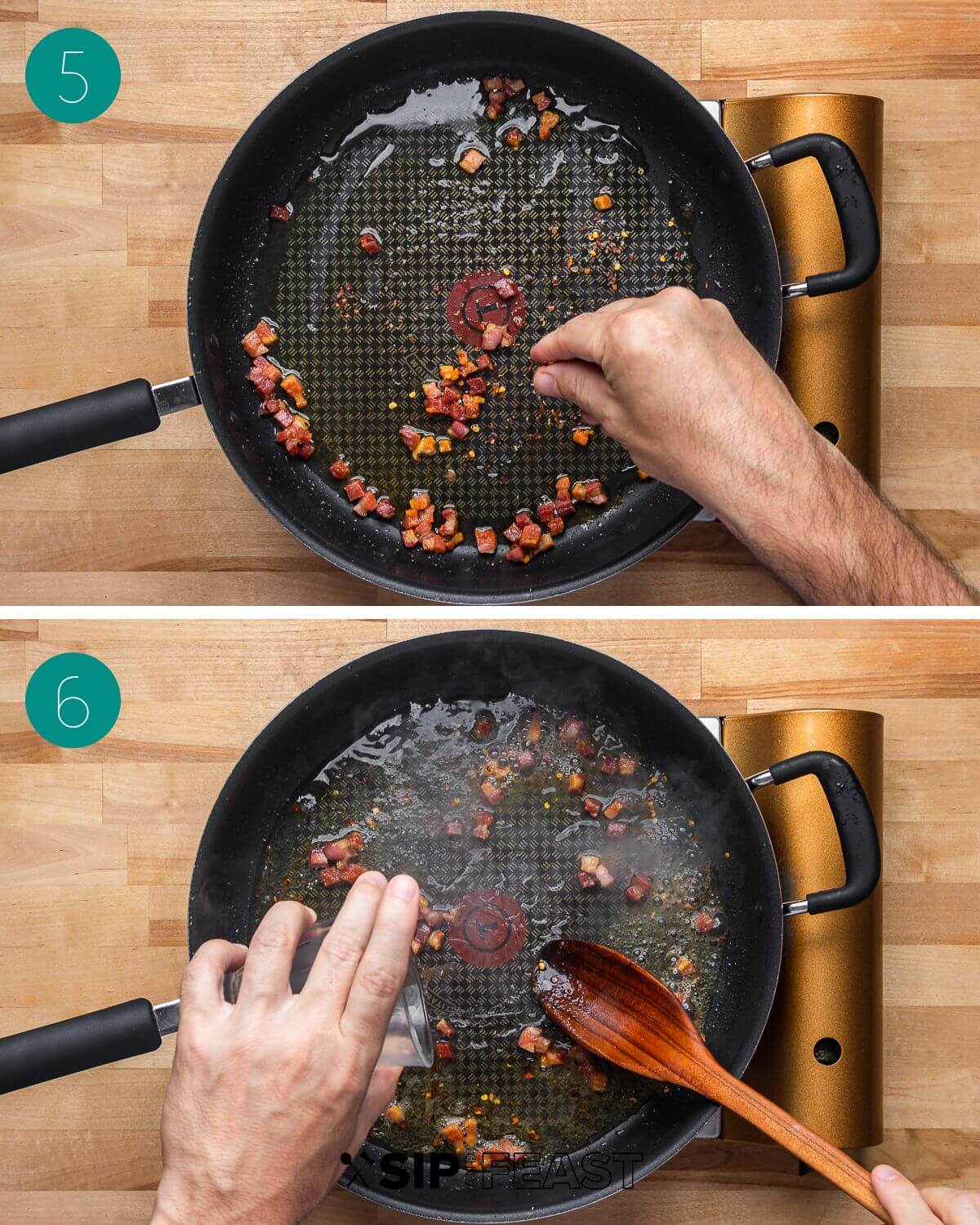 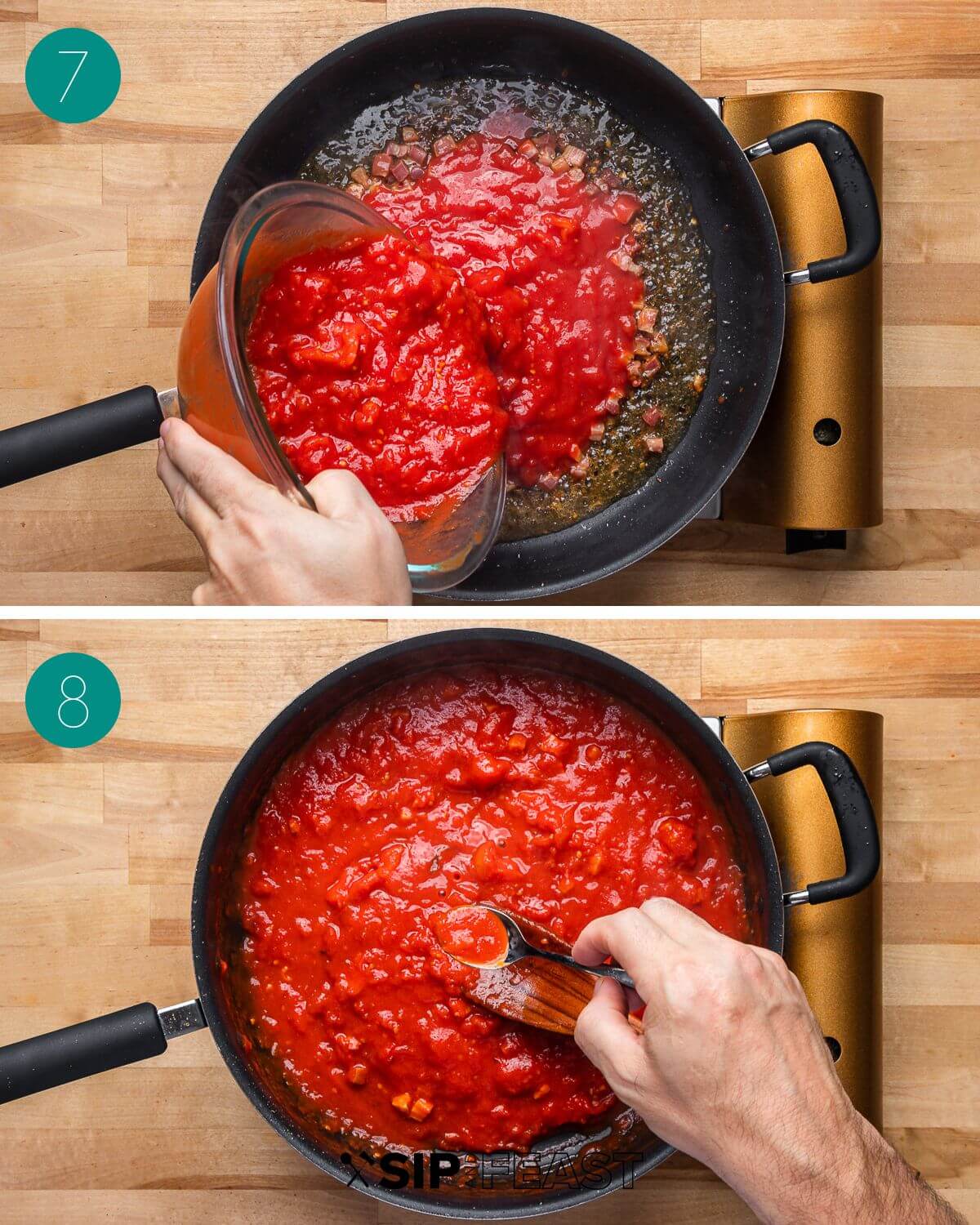 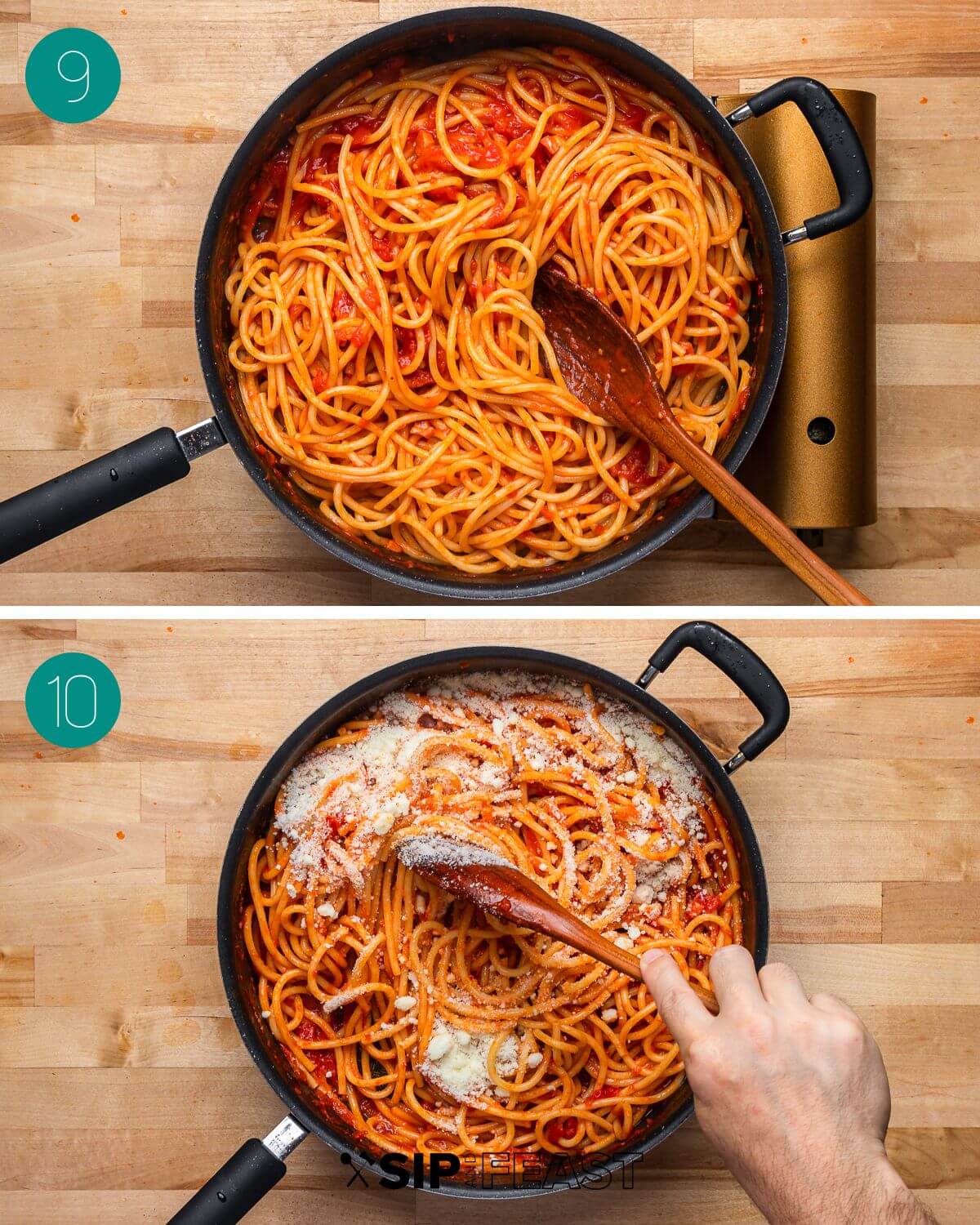 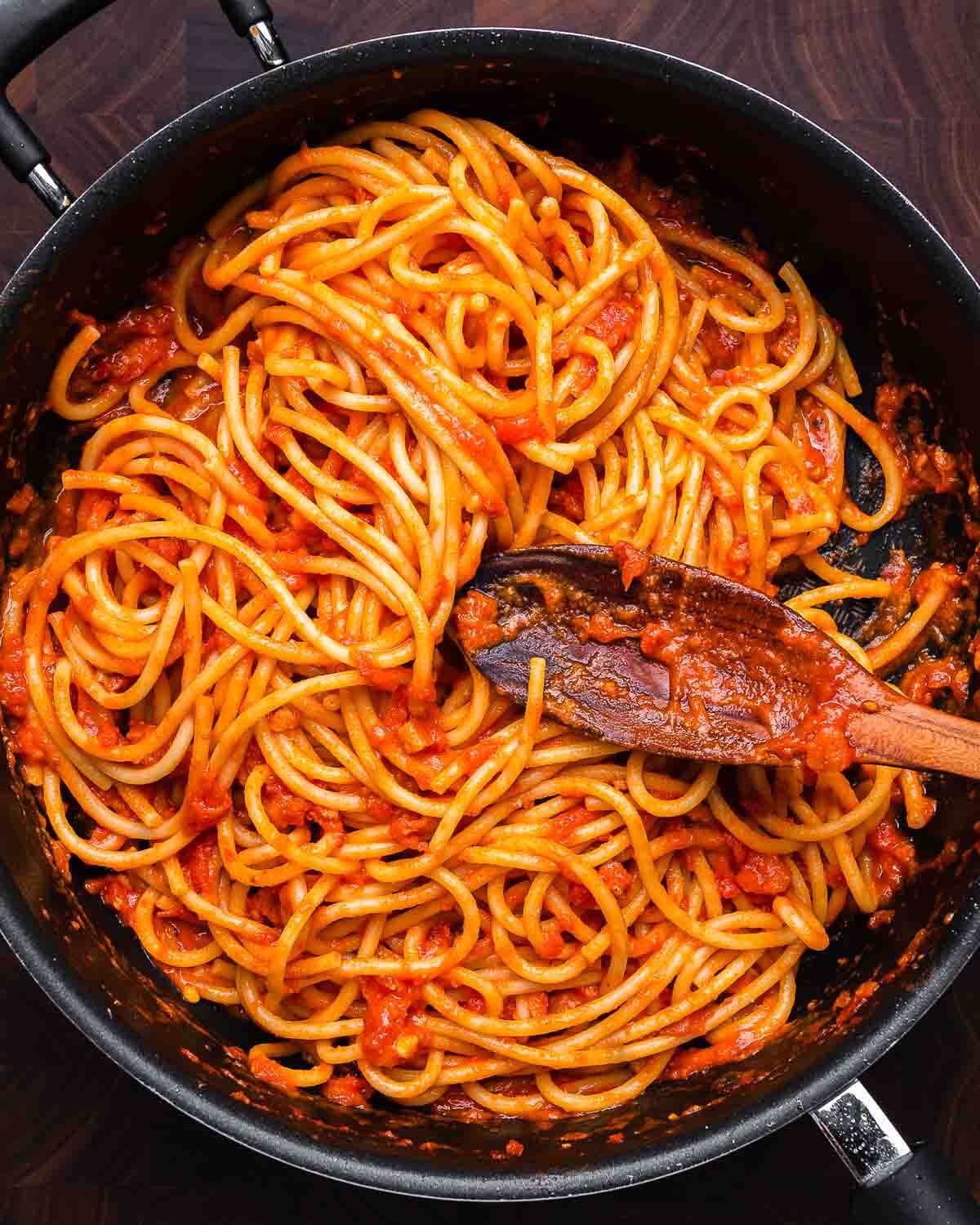 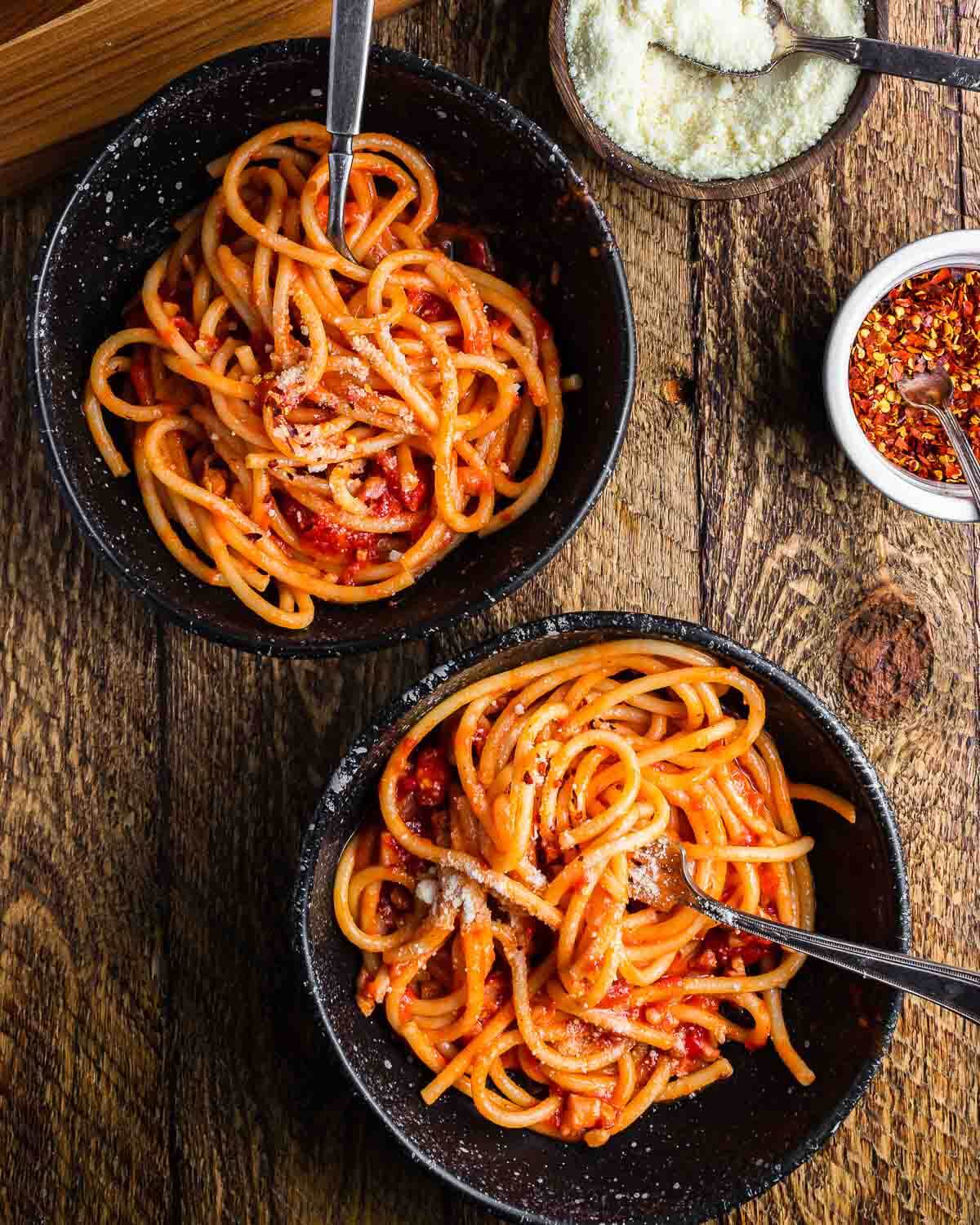 One of the reasons we love pasta Amatriciana is its simplicity.  Here are a few more easy ones we turn to time and again.

If you’ve enjoyed this bucatini Amatriciana recipe or any recipe on this site, give it a 5-star rating and leave a review. 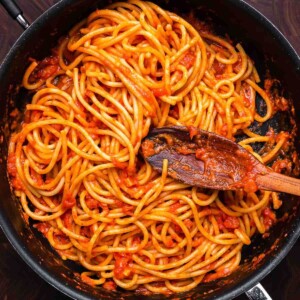