Cannoli are a wonderful Italian pastry that hails from southern Italy and Sicily and are very popular in the New York metro area.  Crisp and blistery pastry shells are filled with a sweet ricotta-cinnamon cream and topped with chocolate chips, pistachio, candied orange peel, or any topping you'd like! 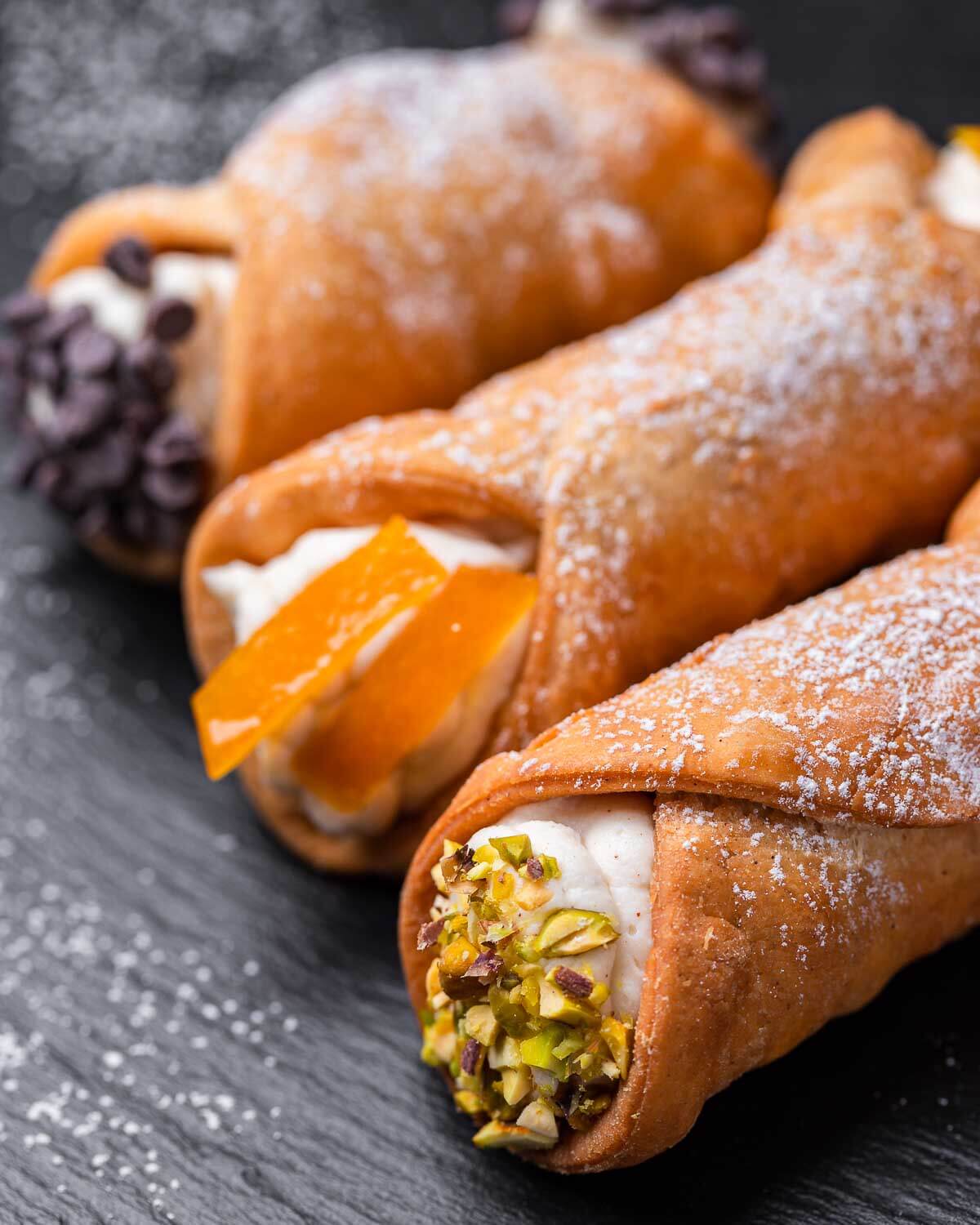 Cannoli are one of the most well-known Italian pastries, especially where we live in the New York area.

As kids, we grew up having cannoli at every holiday, or family gathering.

Most of the time they were topped with green colored sprinkles, but over the years they've become more popular with chocolate chips and even chocolate-dipped cannoli shells.

However you decide to top them, they're sure to be incredibly delicious!

Homemade cannoli can be intimidating but our step-by-step instructions walk you through how to make these in your own kitchen. 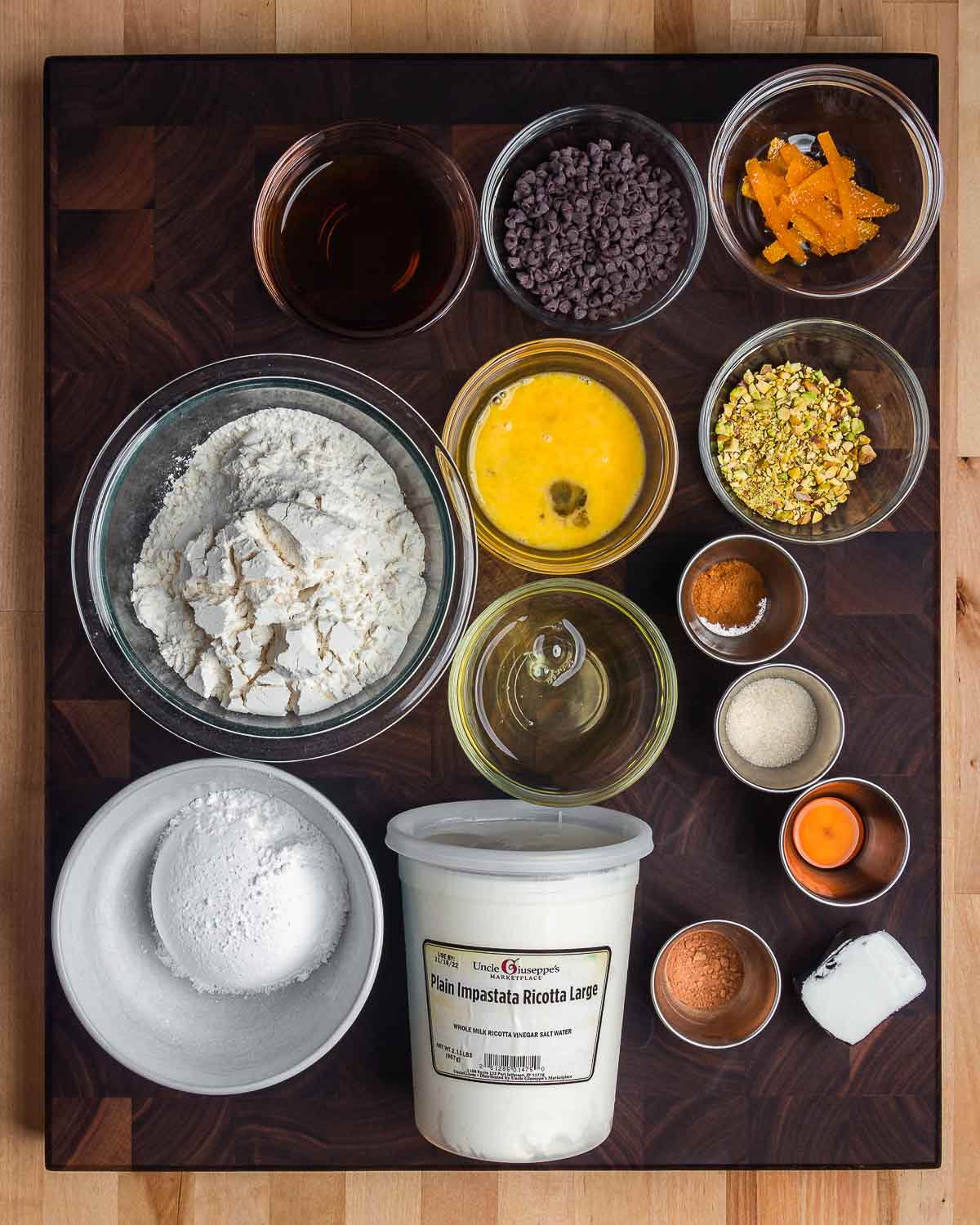 How to make authentic cannoli 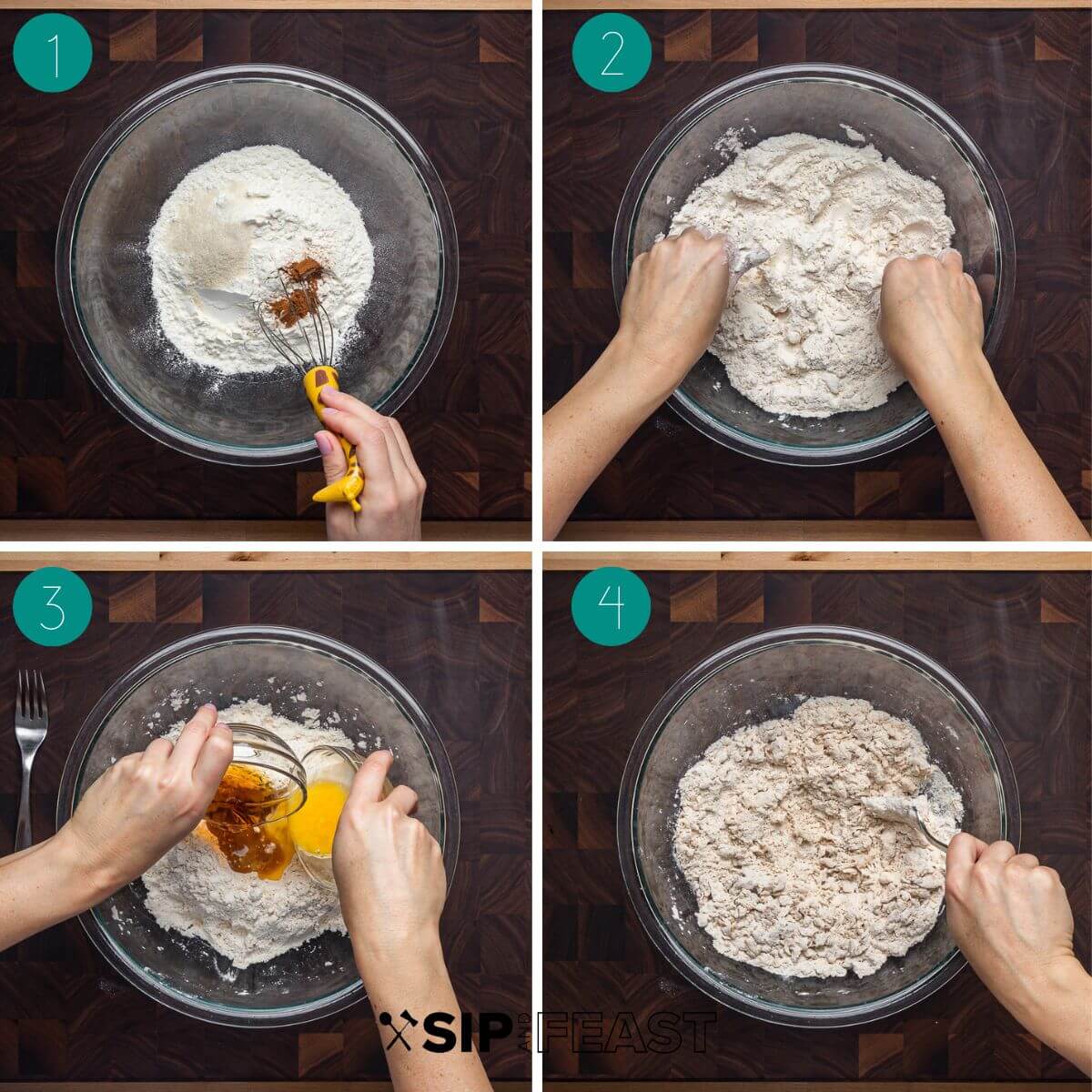 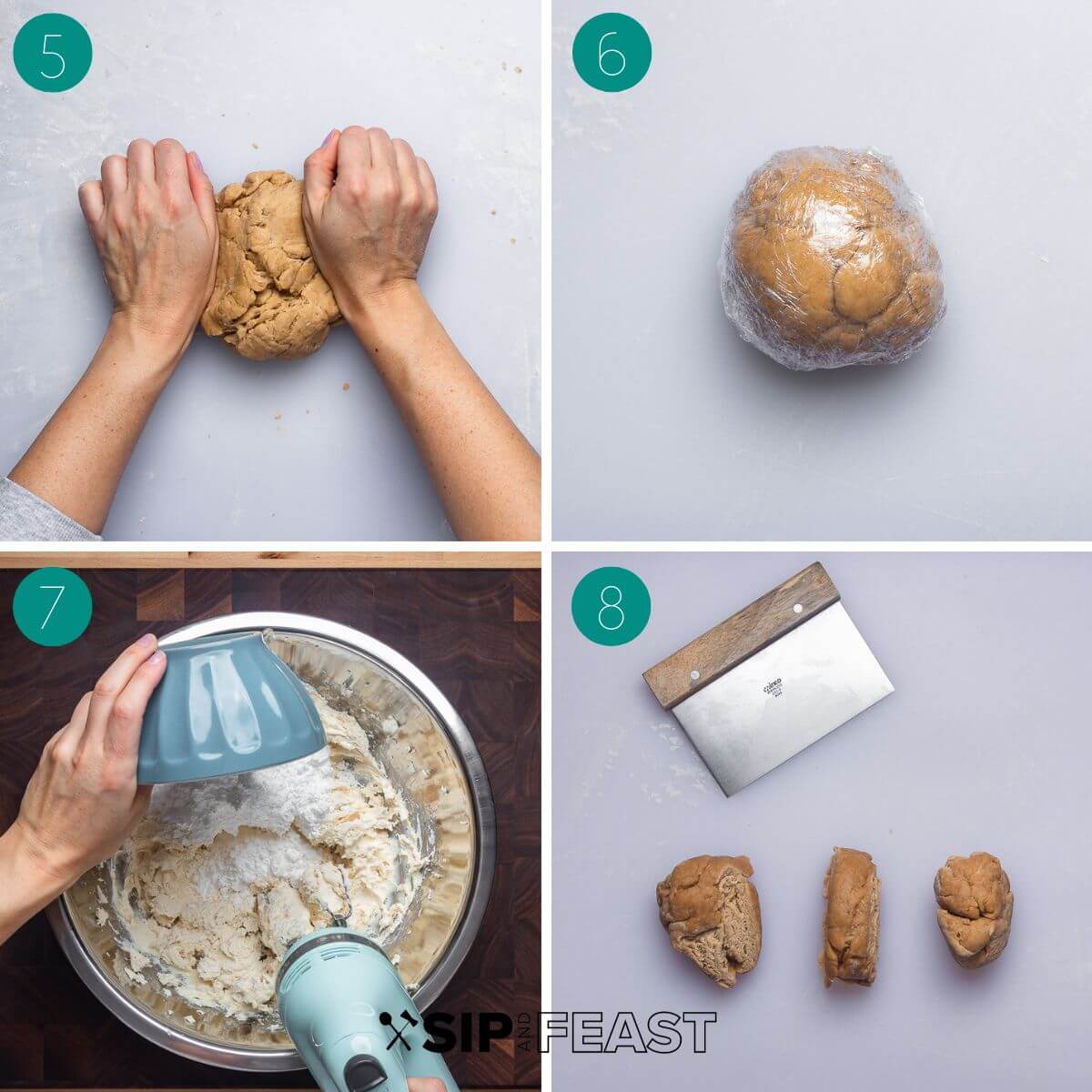 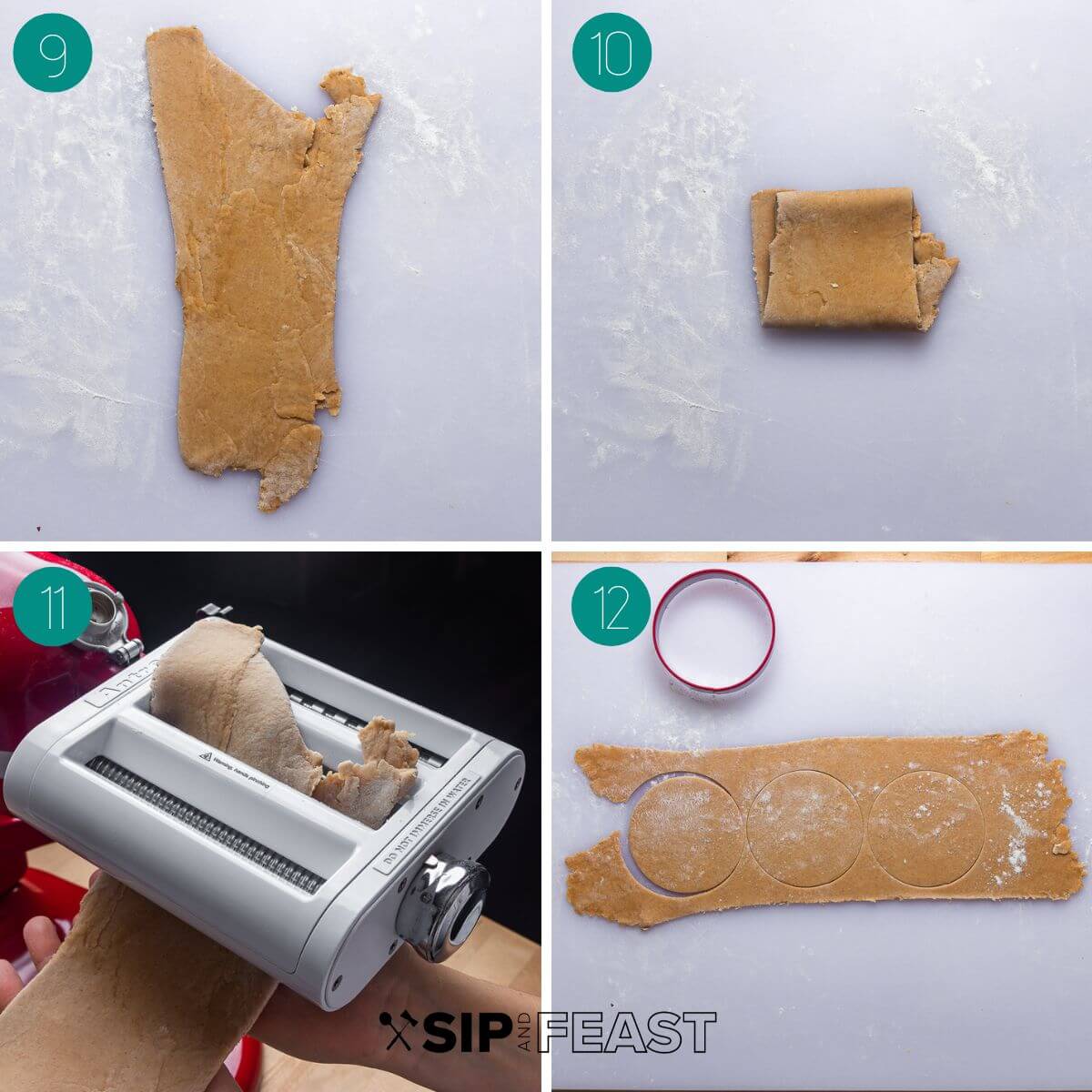 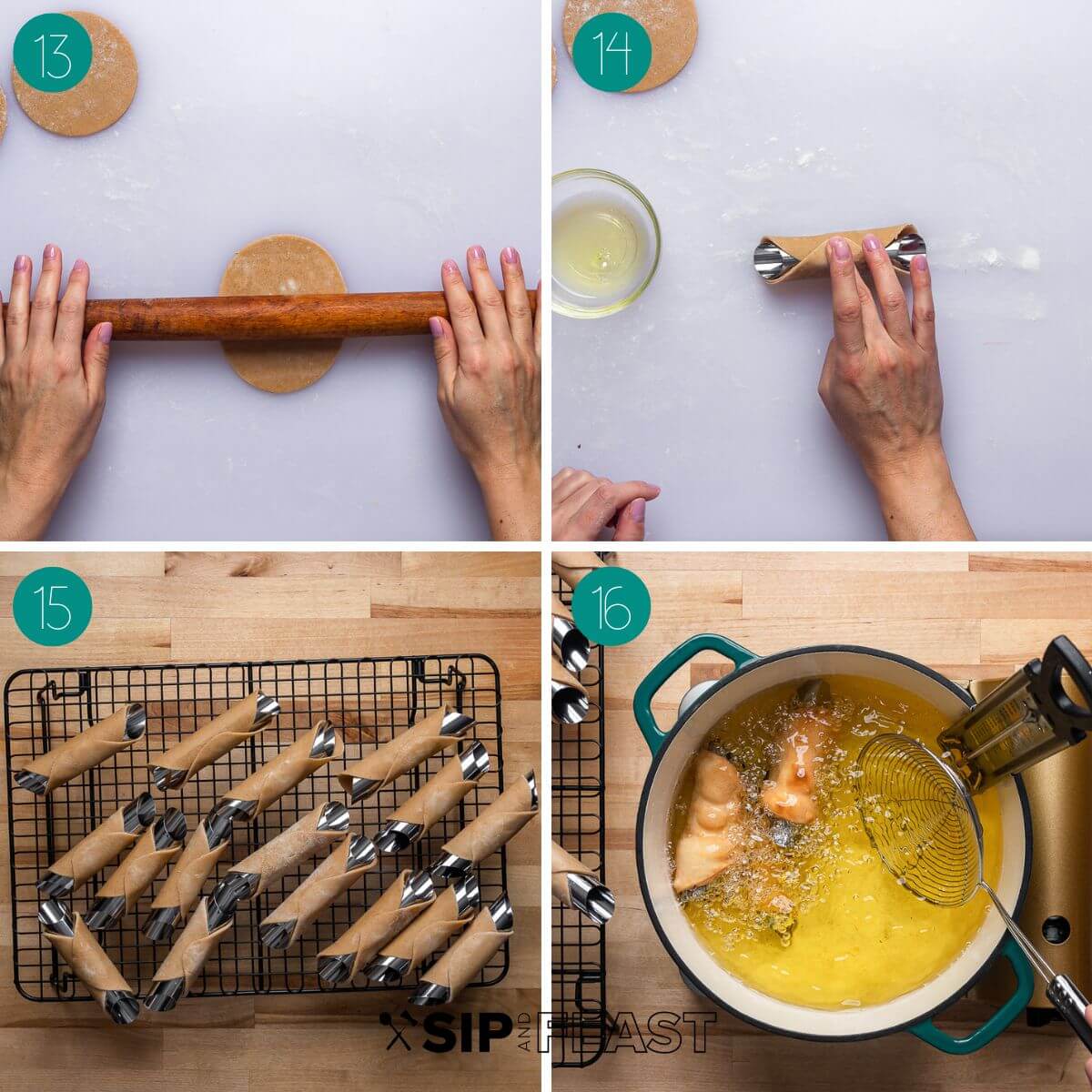 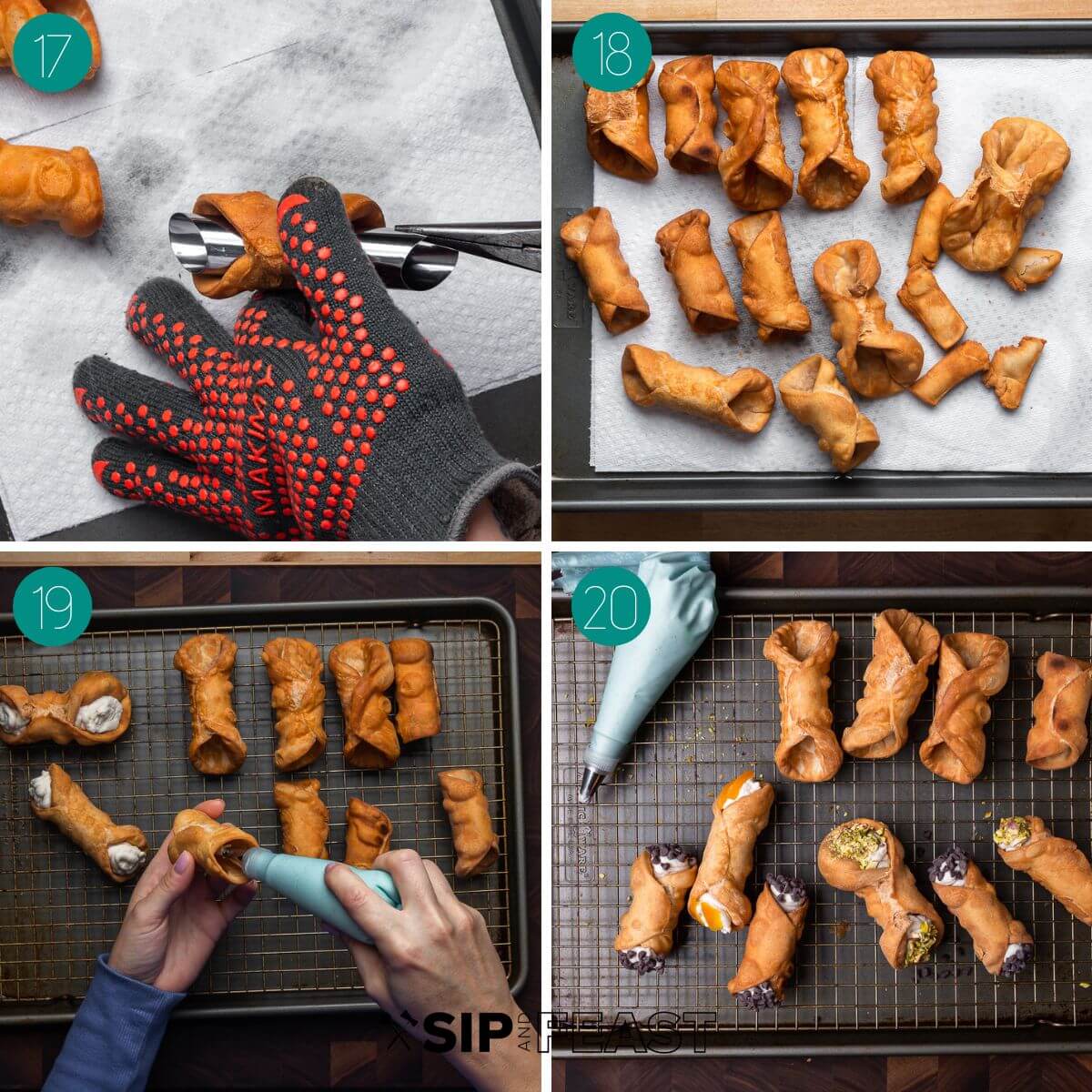 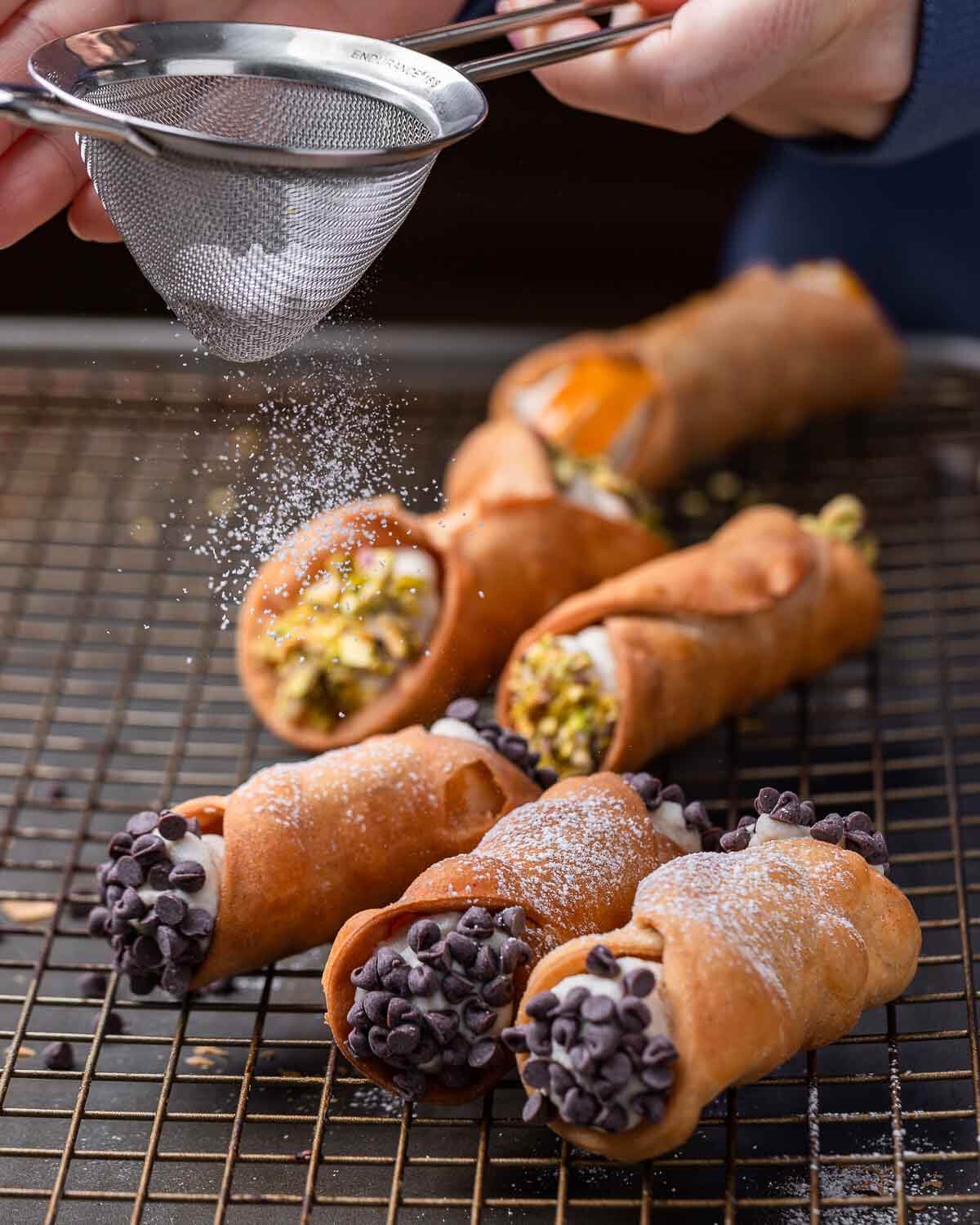 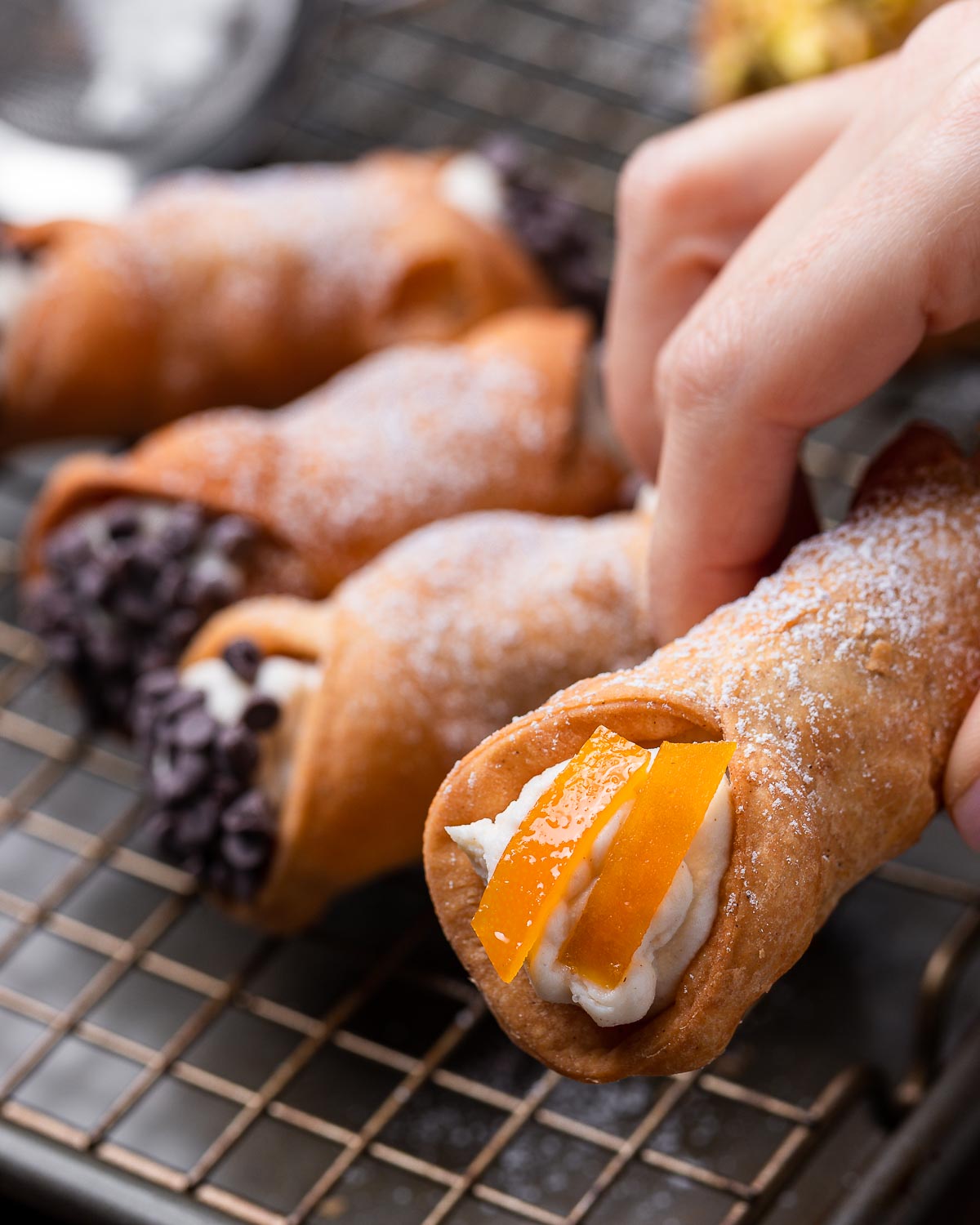 If you're a fan of Italian desserts, try these other favorites!

If you’ve enjoyed this cannoli recipe or any recipe on this site, give it a 5-star rating and tell us about it in the comments below. 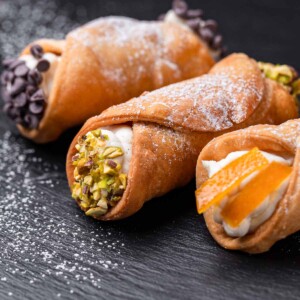 For the cannoli shells

For the cannoli filling

For the cannoli shells

For the cannoli filling