Classic stuffed Italian peppers are so comforting and delicious.   There are so many ways to stuff peppers.  I think you will love the simple flavors in this version with an easy Italian sausage, beef, and rice stuffing.  This recipe is hearty and filling, making it a full meal. 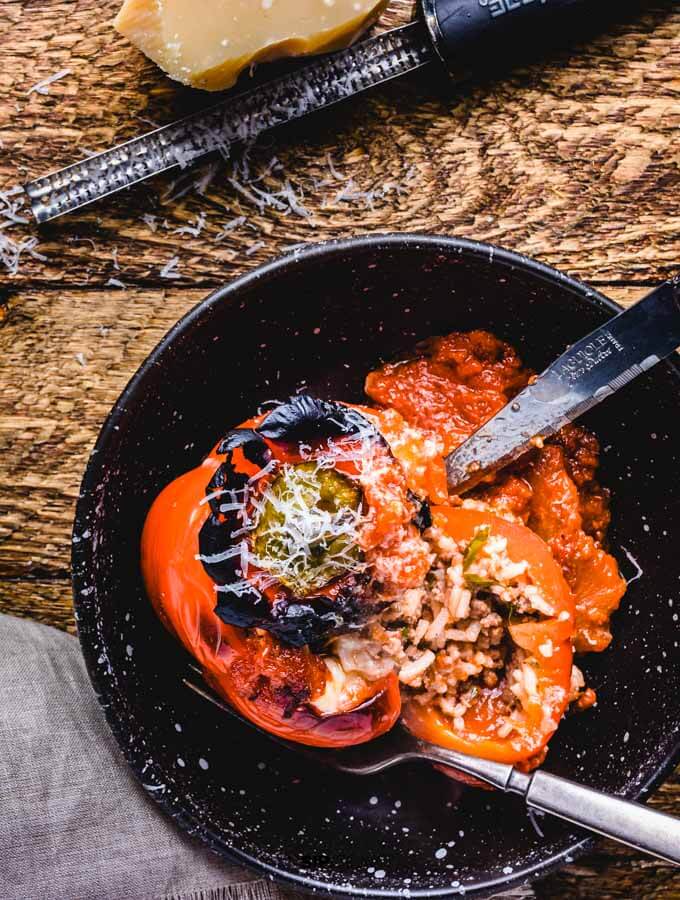 I just love peppers.  We grow a bunch of varieties during the summer months.

Bell peppers are by far the most versatile type to grow.  We use them for dishes like peperonata and roasted peppers with seasoned breadcrumbs.

The large size of bell peppers makes them the perfect veggie to stuff.  One or two beef and sausage stuffed peppers are often plenty for me.

It's the beef and Italian sausage combination, along with a garlicky tomato sauce and flavorful beef stock.

This recipe is for the stuffed peppers only so make sure to have some good sauce on hand as well as some quality beef broth.  They are both mixed into the stuffing to keep it super moist during the baking process. 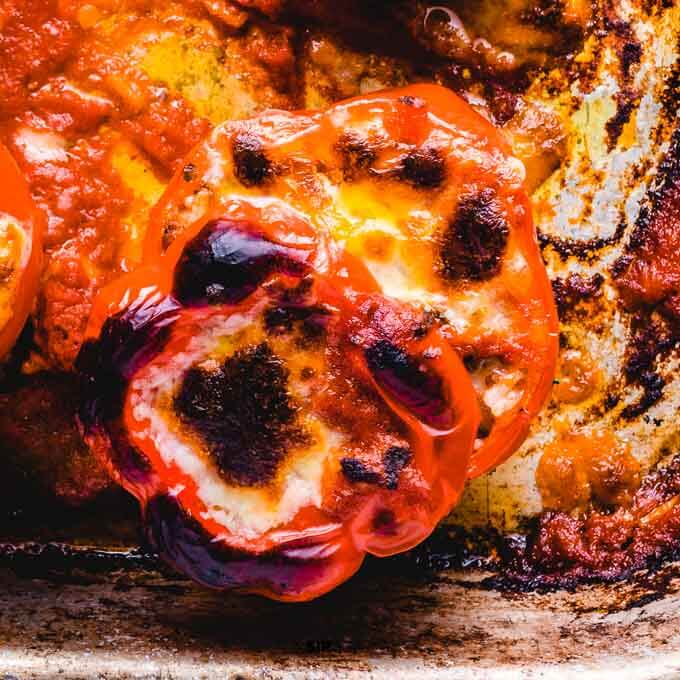 How to make sausage stuffed peppers 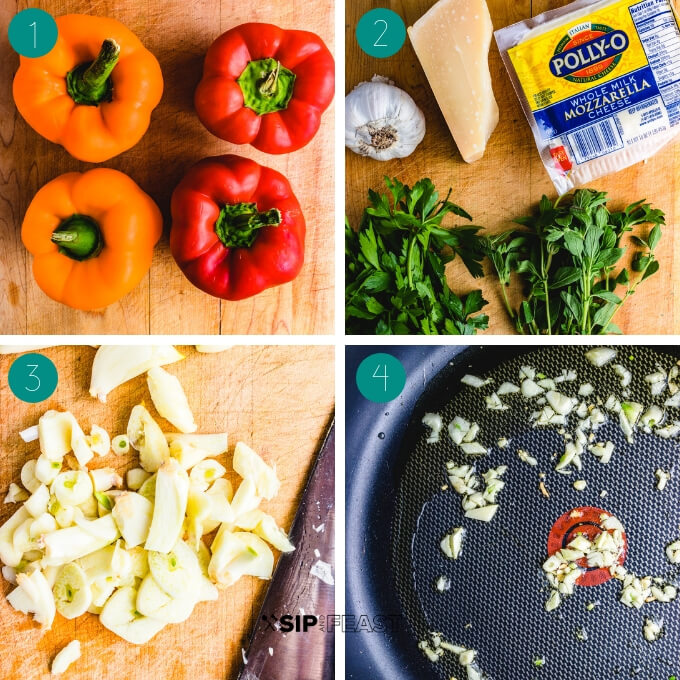 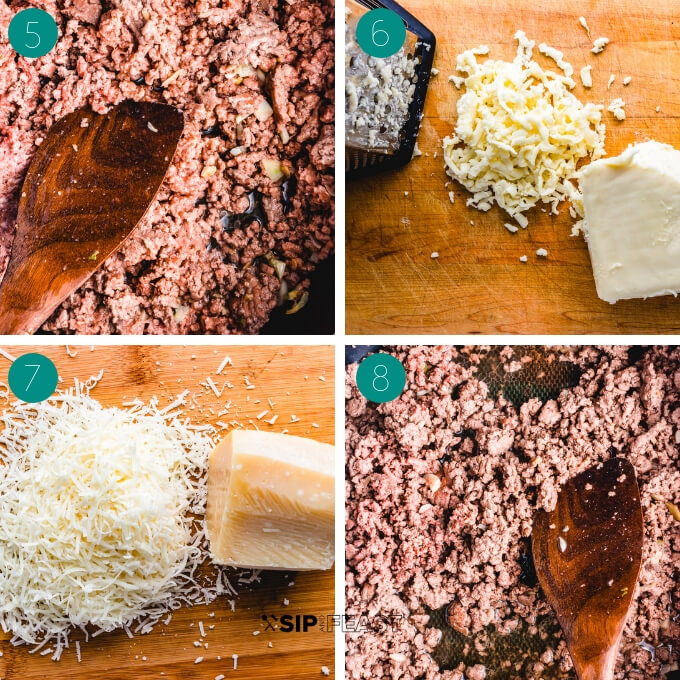 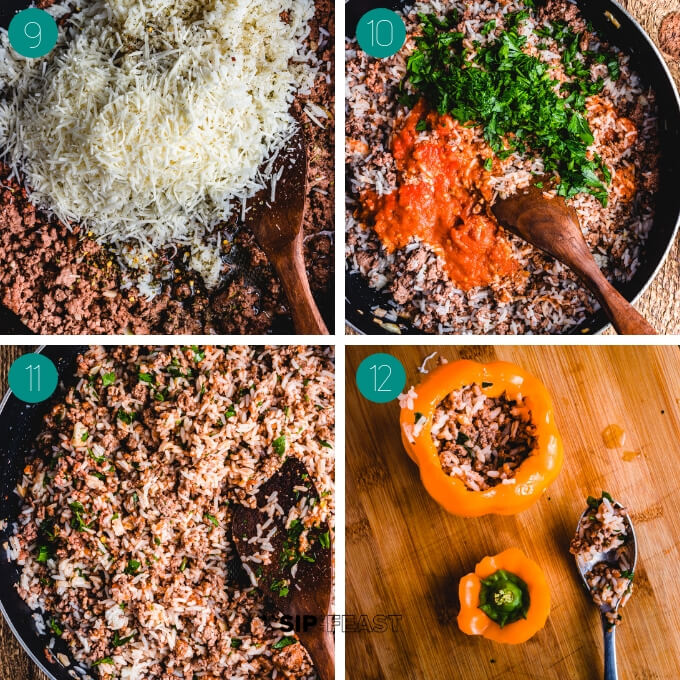 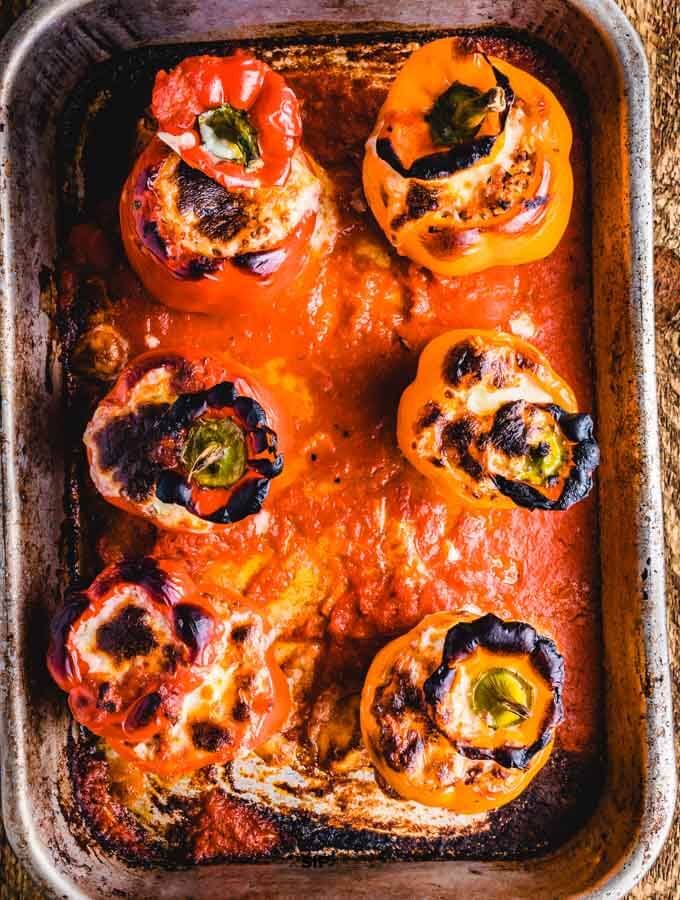 Stuffed peppers with beef and sausage are pretty easy to make.  Essentially, it's making a flavorful filling, stuffing them, then baking and waiting.  Make sure to take the time to let them really cook through.  I love them when they are close to that fall apart stage!

If you love stuffed veggies be sure to check out this Delicious Ricotta Stuffed Zucchini Recipe and these Stuffed Tomatoes With Ricotta Salata And Parsley.

What to serve with stuffed peppers

How to soften the peppers to speed up cooking

The peppers can be boiled for 3-5 minutes to speed up the cooking time considerably.  If time is really constrained, make the pepper stuffing and boil the cut and cleaned peppers at the same time.  Boiling them can save about 30 minutes.

One very important step is to season the peppers with salt and pepper before stuffing.  The salt will penetrate the interior walls of the pepper and create a much more flavorful stuffed pepper.

Rice can be substituted with quinoa, barley, or faro.  If you want to do all sausage go for it,  I have done it that way with great success.  Omit or add some more herbs like basil or thyme if desired.  This classic Italian stuffed pepper recipe is a great starting point, but feel free to make changes. 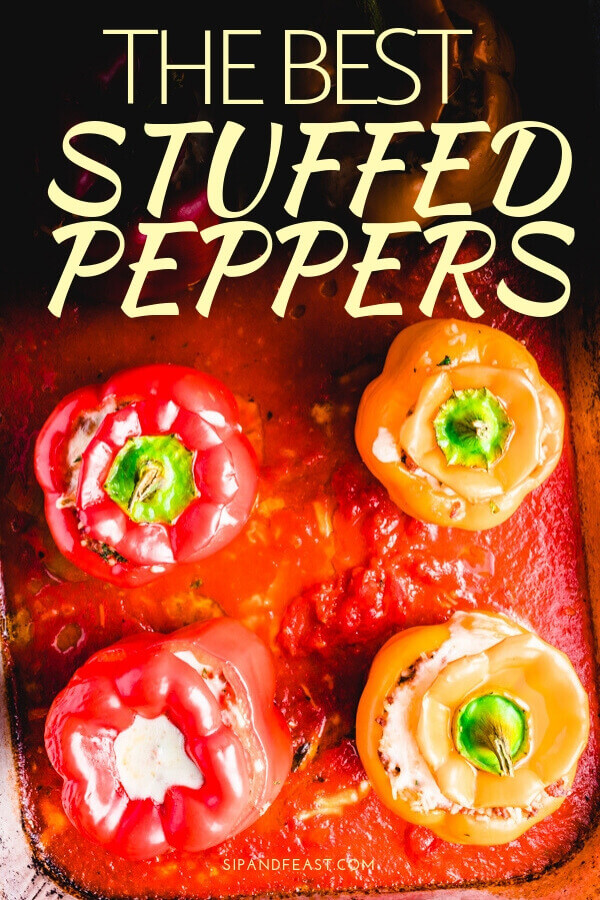 If you’ve enjoyed this Italian stuffed peppers recipe or any recipe on this site, give it a 5-star rating and leave a review. 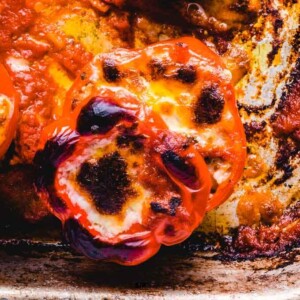