White spaghetti pie is a comforting baked pasta that combines Pecorino and Fontina cheese with eggs and cracked black pepper to create a sauce that's tossed with spaghetti, and baked in a skillet until perfectly crisp on the outside but still creamy on the inside. 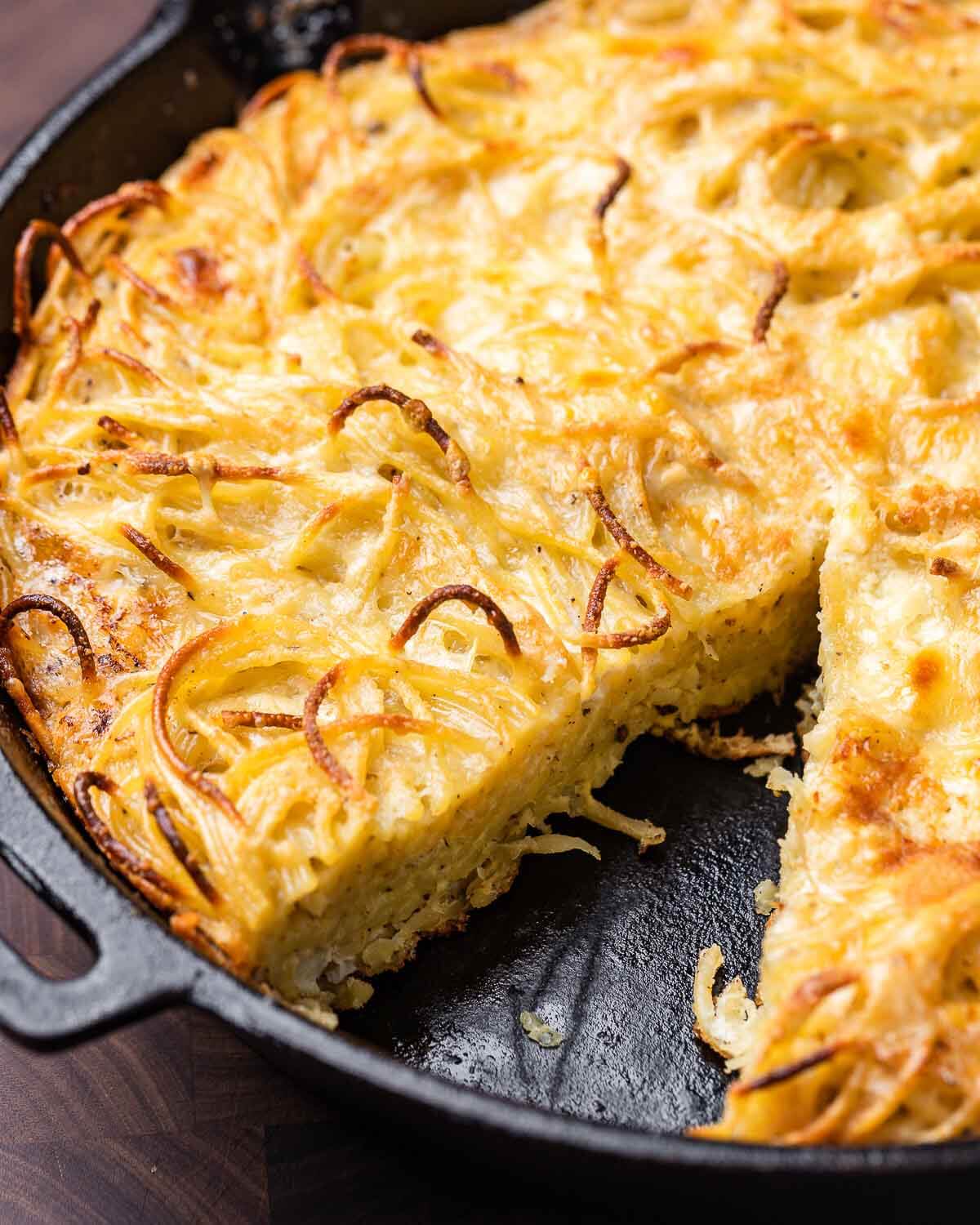 When my family hears I'm making spaghetti pie, they can't help but smile.

We categorize spaghetti pie under ultra comfort food right alongside baked mac and cheese and lasagna.

This white spaghetti pie has a similar flavor profile to cacio e pepe thanks to the Pecorino and the black pepper but we've also added Fontina cheese for extra flavor and creaminess.

I love to serve a slice of spaghetti pie alongside a cup of soup and a green salad. 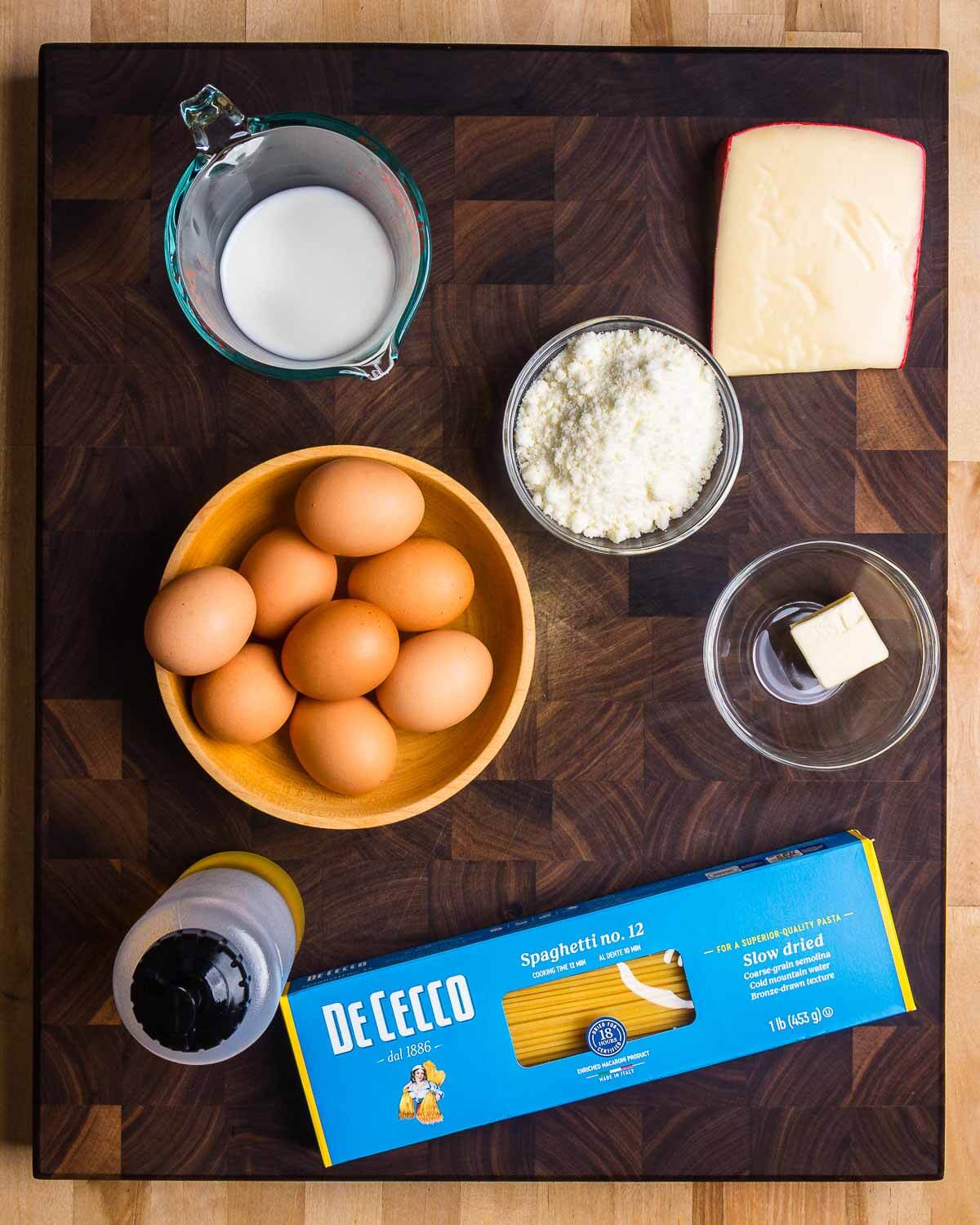 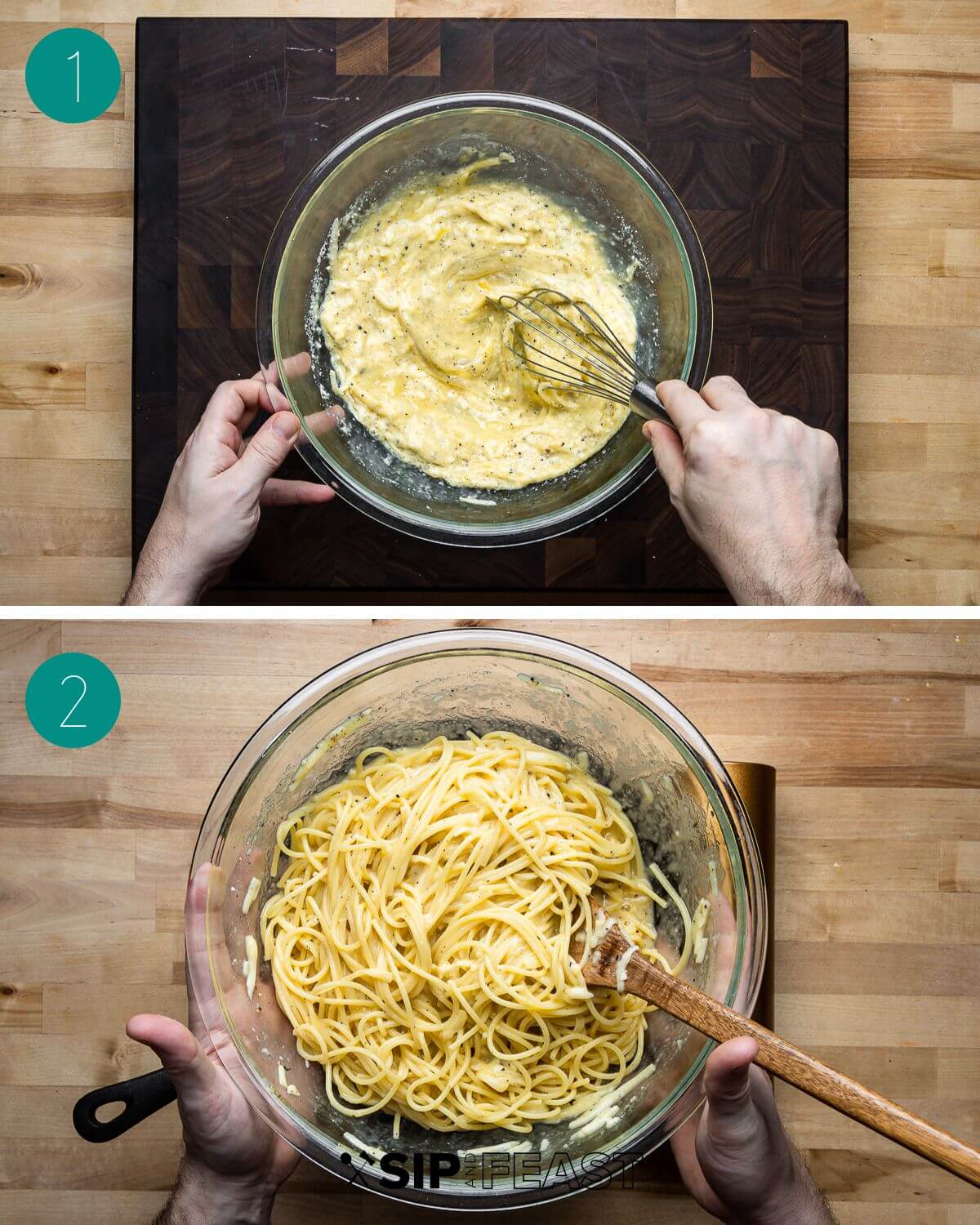 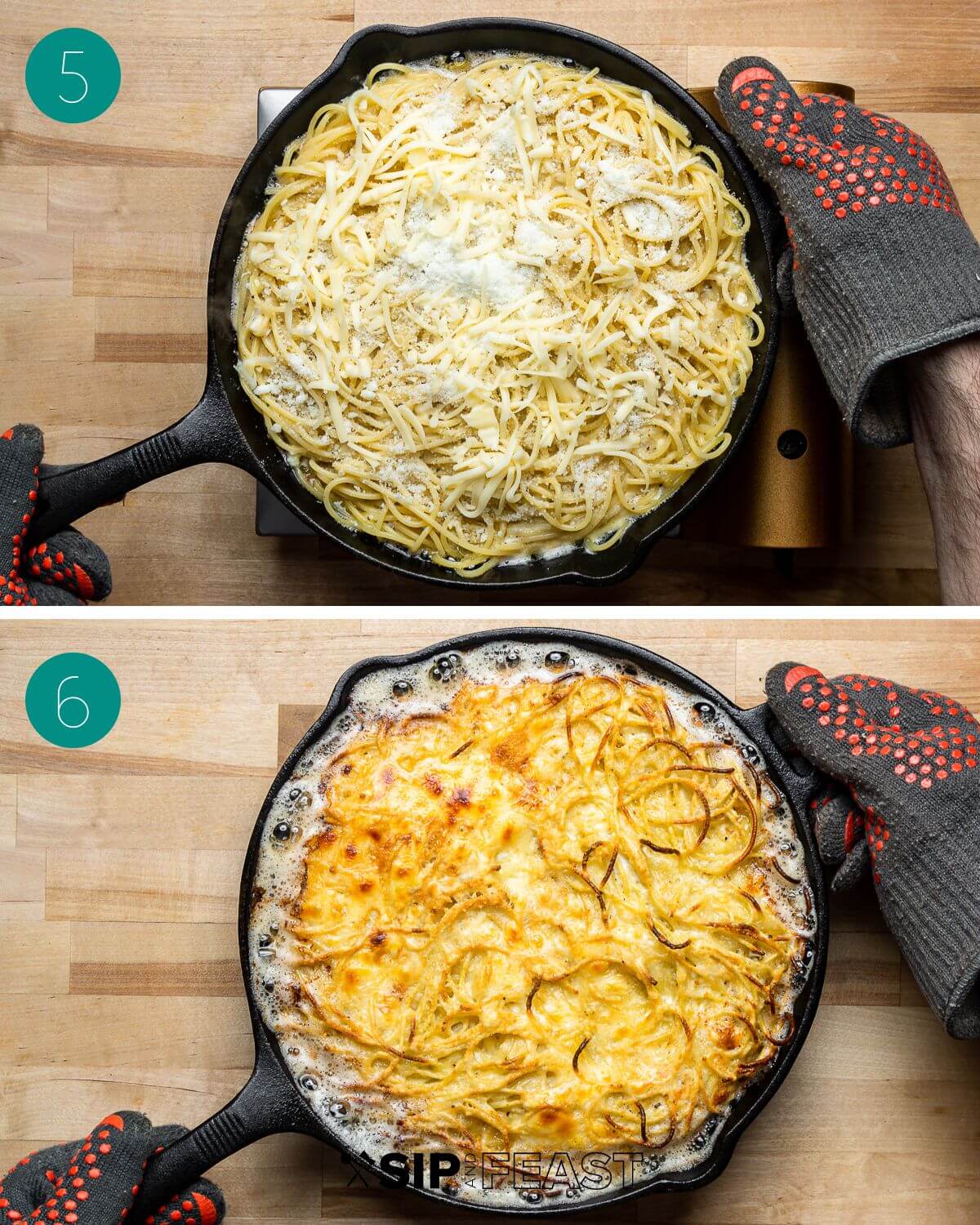 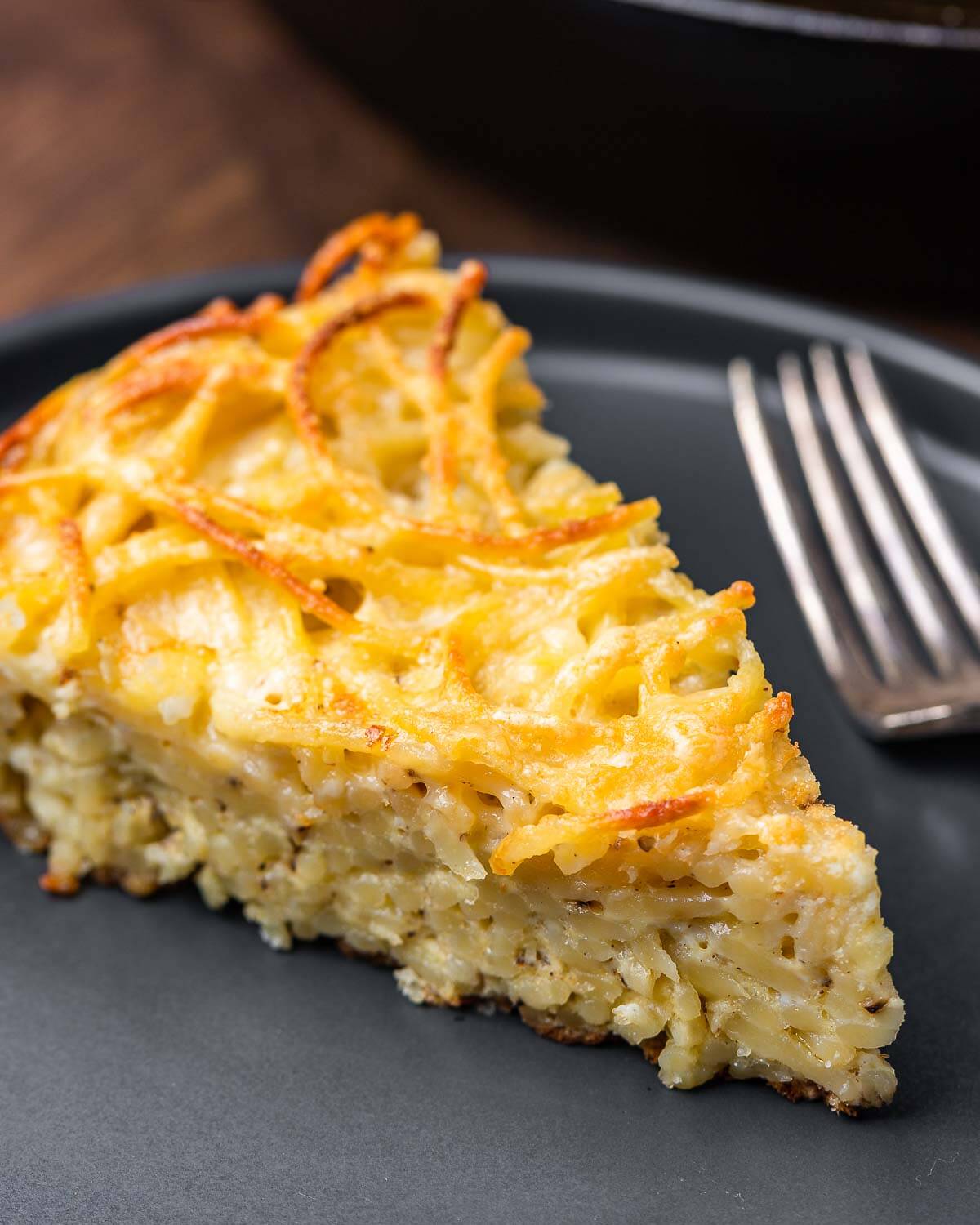 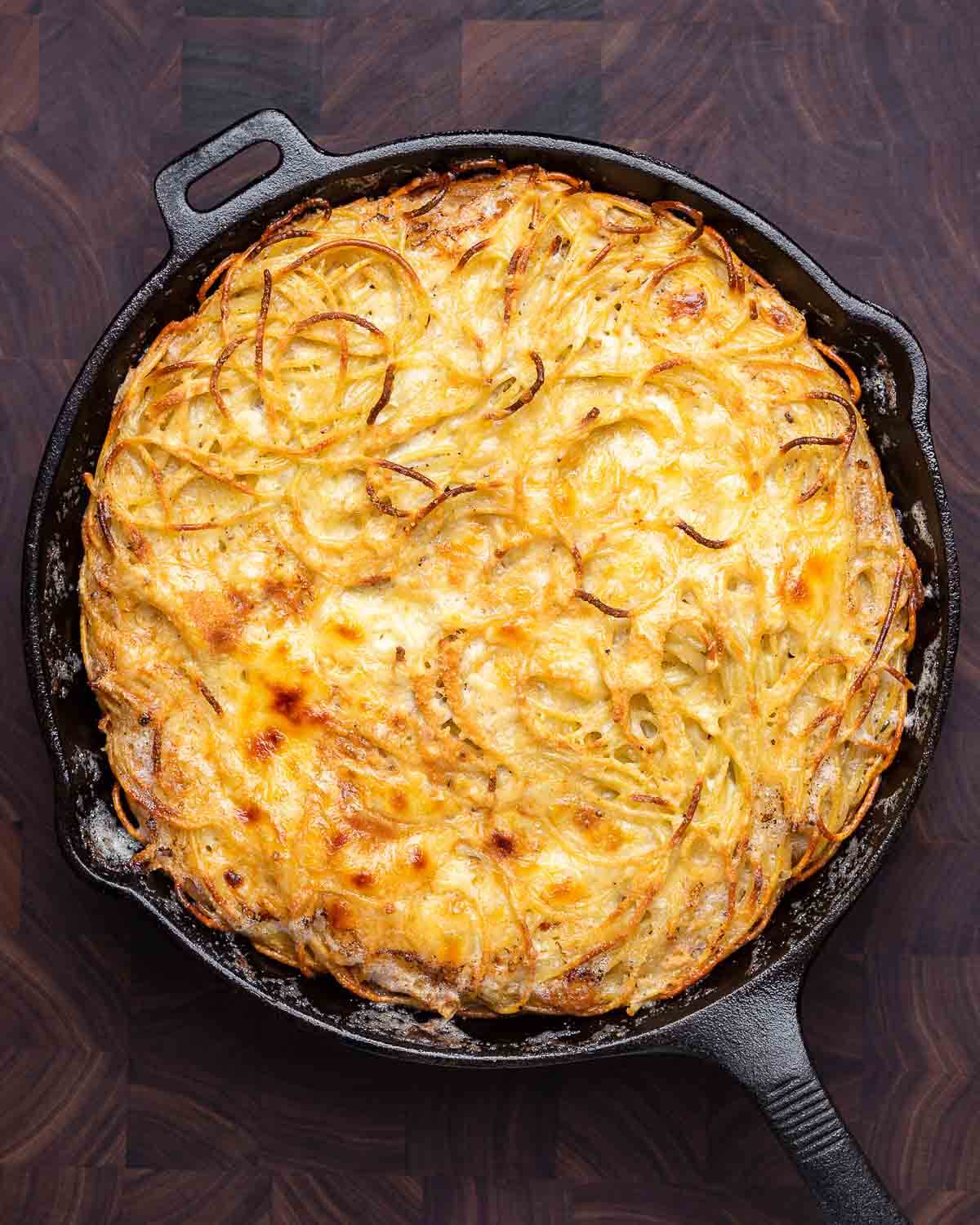 If you’ve enjoyed this white spaghetti pie recipe or any recipe on this site, give it a 5-star rating and leave a review. 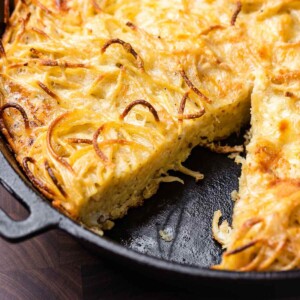