Peperonata is the perfect condiment to use on just about anything, from crusty bread, to pasta, or even by itself.  Sweet bell peppers, onions, fresh plum tomatoes, and garlic are stewed until tender, allowing the flavors to intermingle, then tossed with fresh basil.  All the flavors of a summer garden are right here in peperonata! 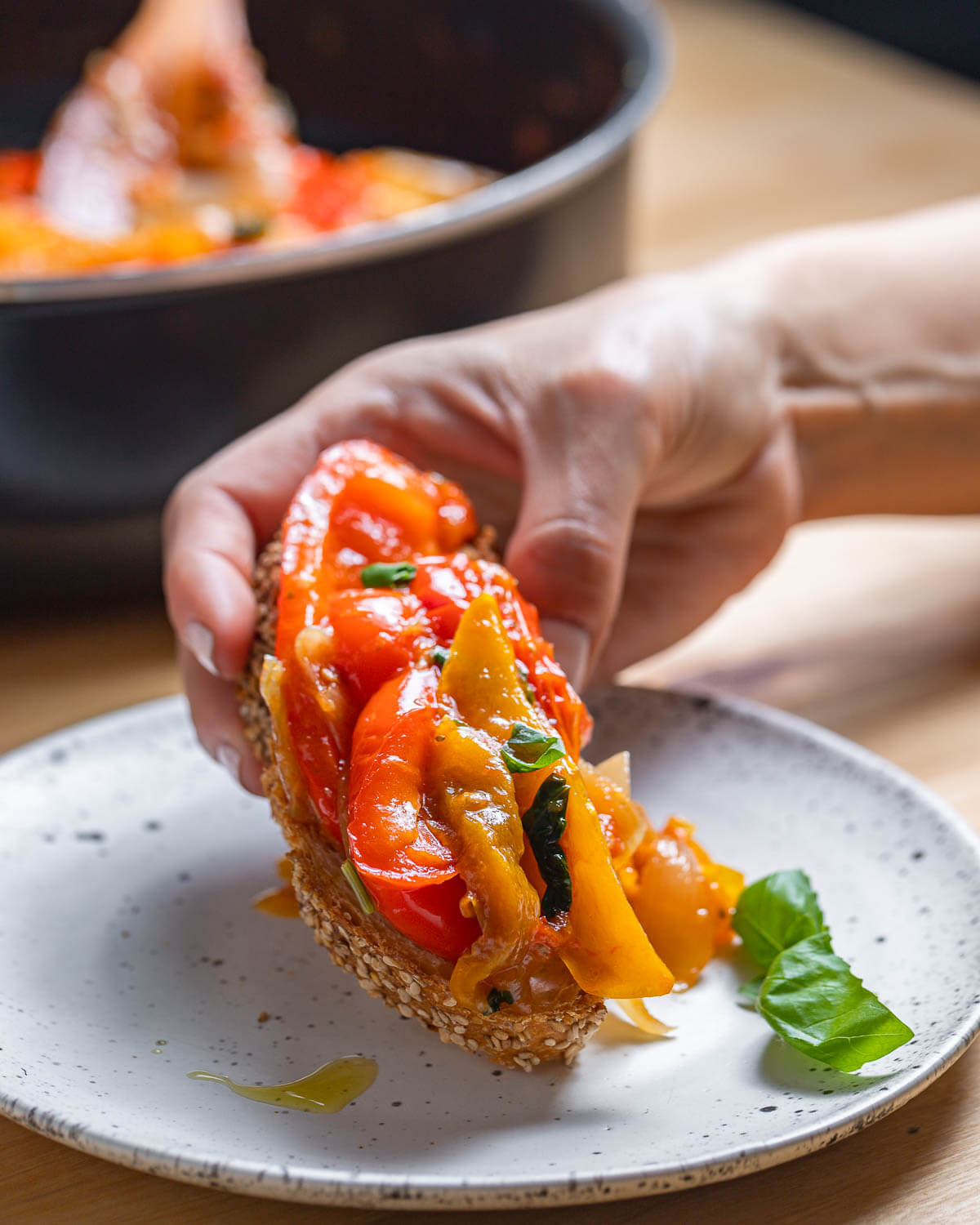 The first time I ever had peperonata was just as it is pictured above - layered on top of a slice of crusty, toasted, seeded Italian bread.

One bite and I was in love.  I usually prefer to eat bell peppers raw, but peperonata convinced me otherwise.

I appreciated the fact that while the flavors in this dish married with one another, I could still taste each ingredient individually.  It tasted of summer and gave a nod to the Italian-American garden which typically includes peppers, tomatoes, and basil, among others.

As mentioned above, peperonata is a condiment or even an appetizer.  It's considered such because it is best when accompanying something else, although I've definitely eaten it by itself many times.

Here are some ways you may want to consider:

What type of peppers for peperonata?

We use yellow and red bell peppers because they are sweeter than green bell peppers.  I recommend you do the same in order to achieve the best possible results.  You can also use orange bell peppers if they are available to you.

Essentially, you want to use the sweetest bell peppers you can find.  Green peppers, while crucial in other dishes, such as pepper and egg sandwiches, are just not that sweet.

If you wanted to add a bit of heat to the dish, you could certainly add some cherry peppers or even some Calabrian chili paste. 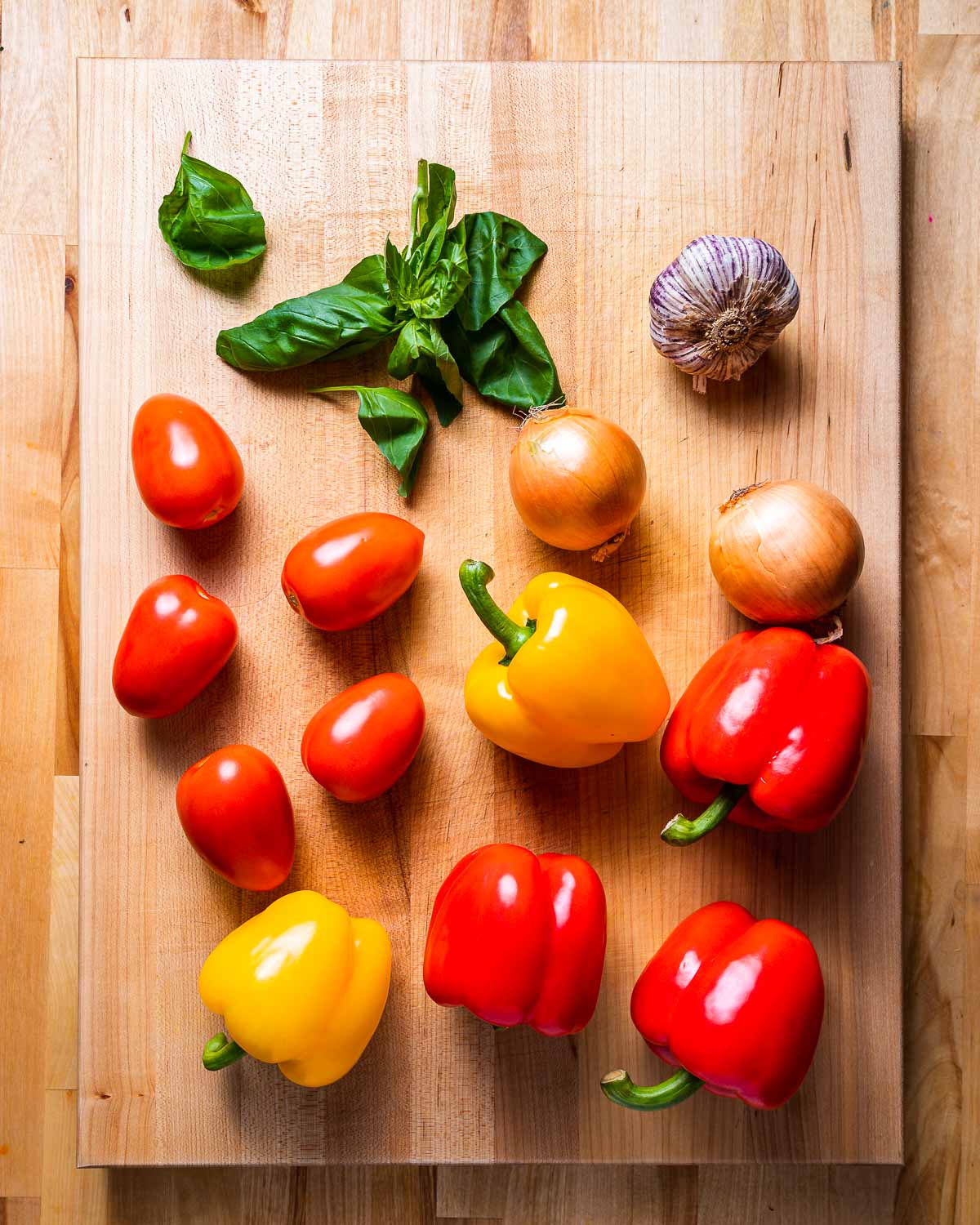 Note:  For these pictures and processes, I used fresh Roma plum tomatoes.  These instructions outline how they are blanched and peeled.  Alternatively, you can use a 14 ounce can of whole plum tomatoes.  Do whichever is most convenient for you. 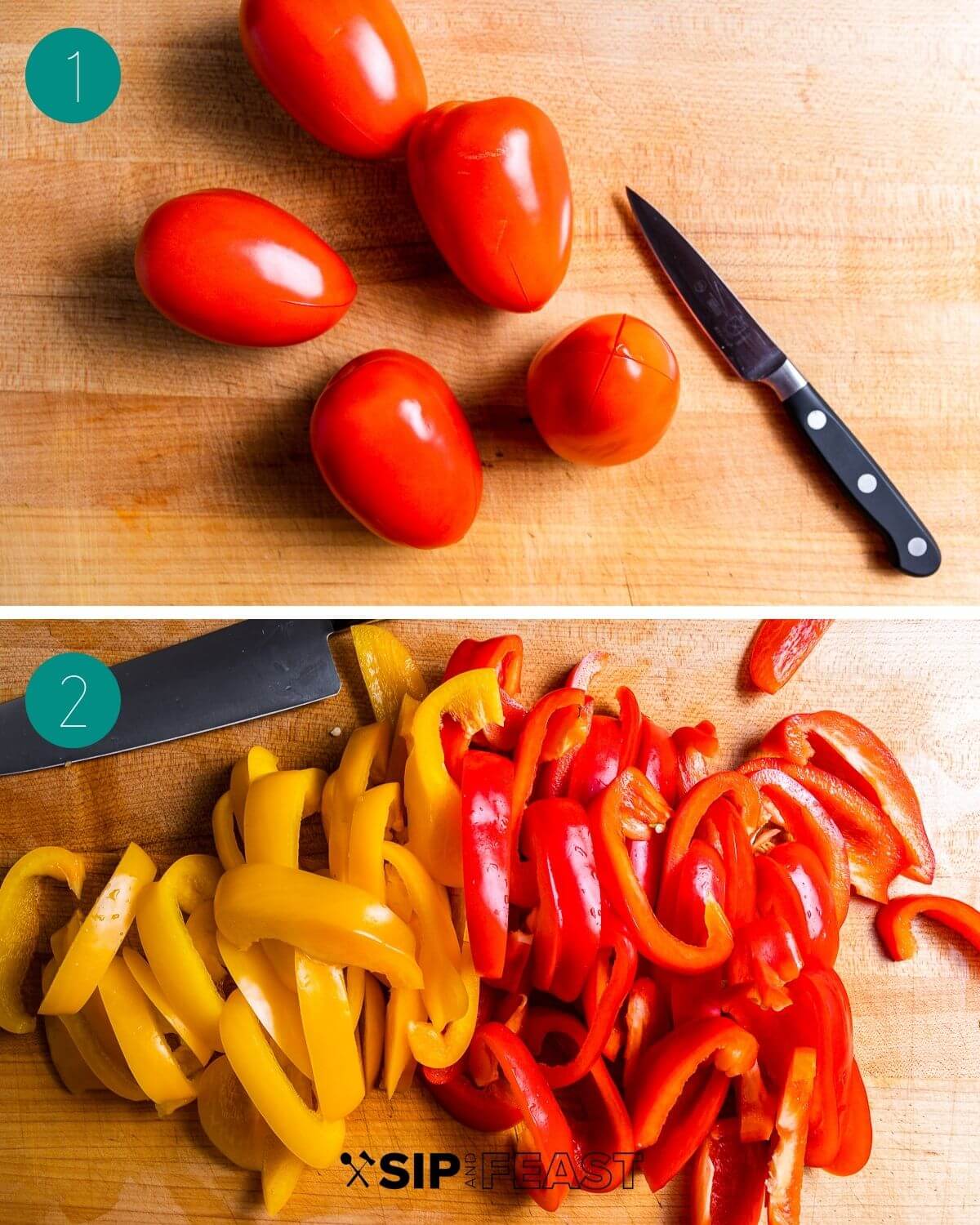 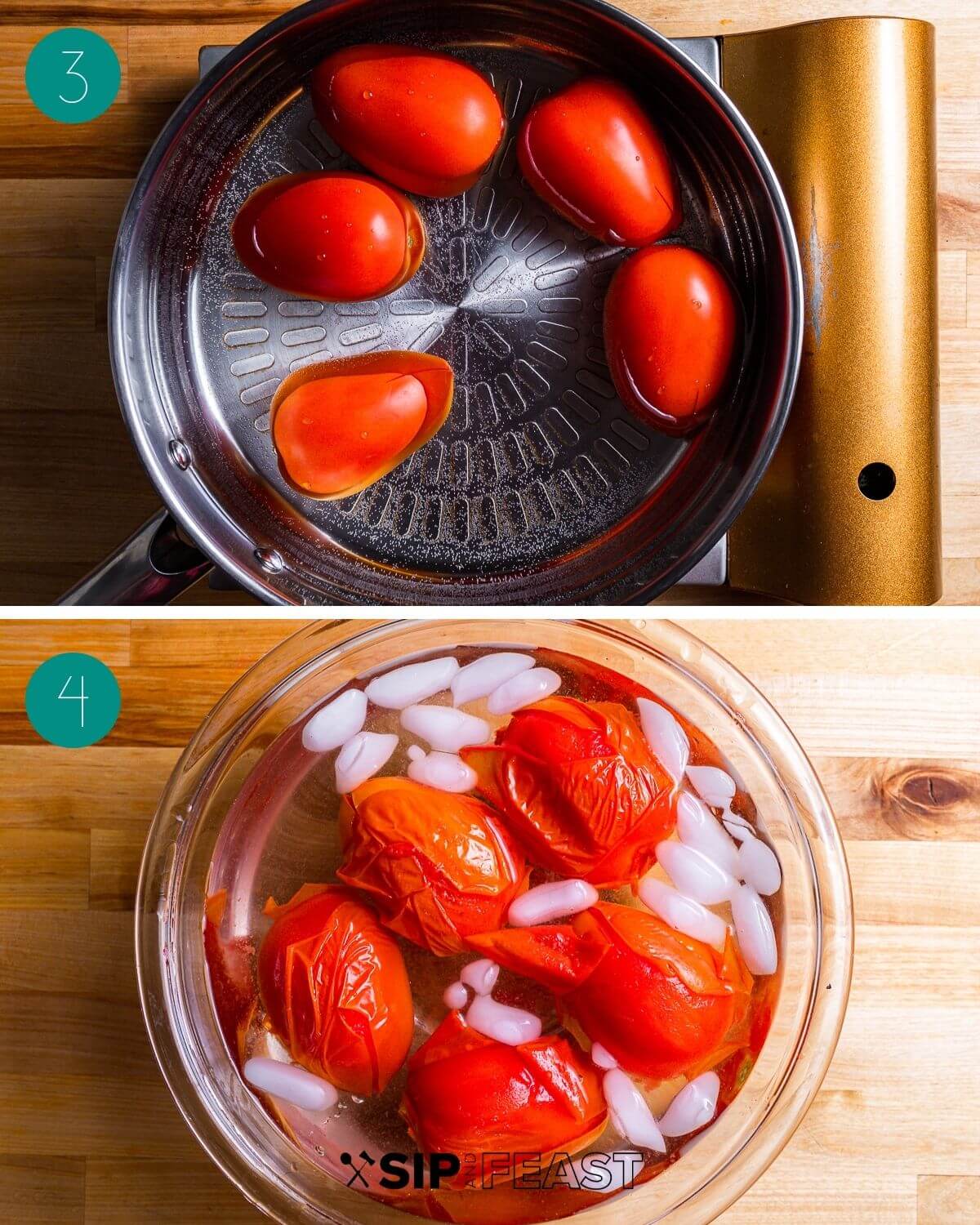 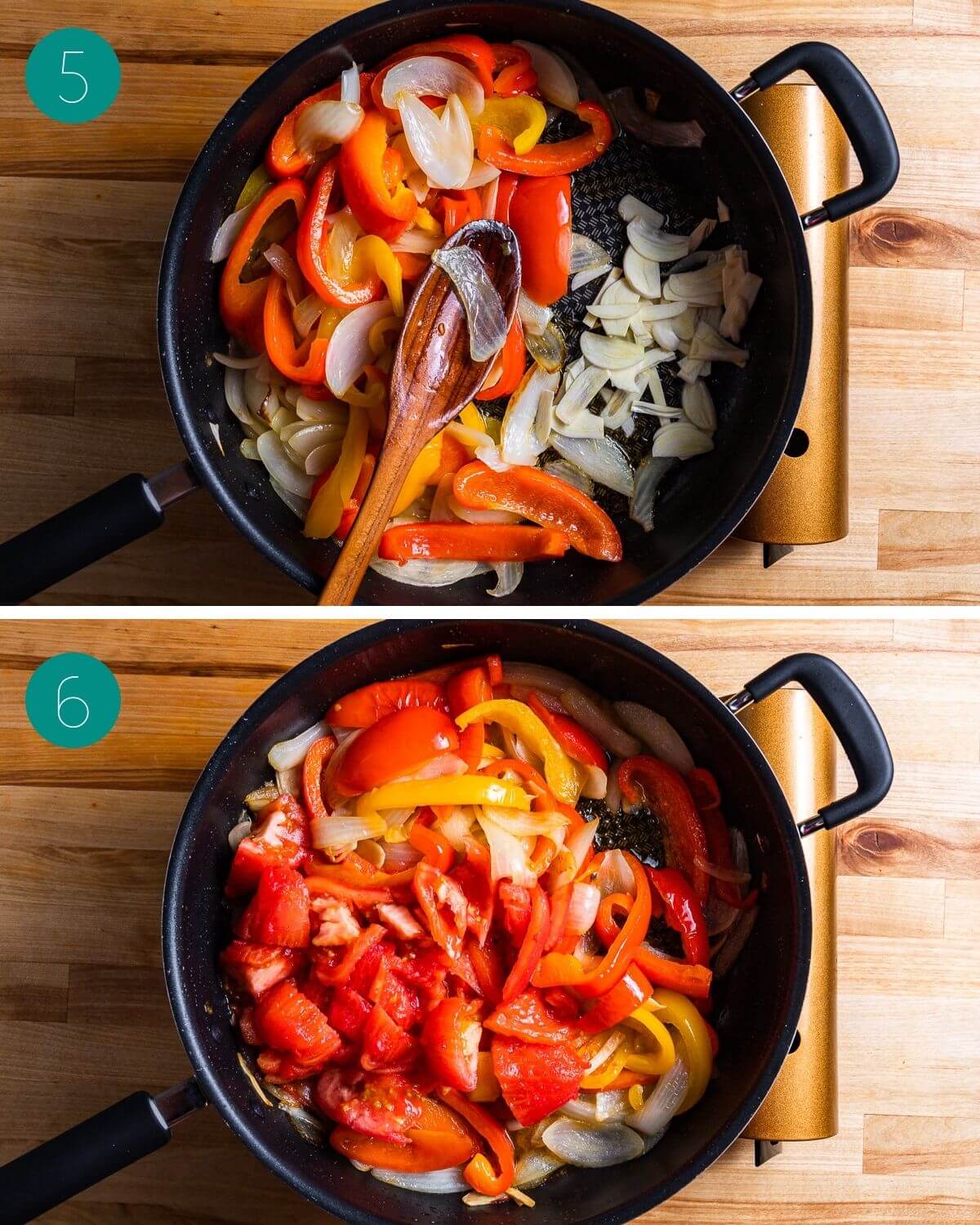 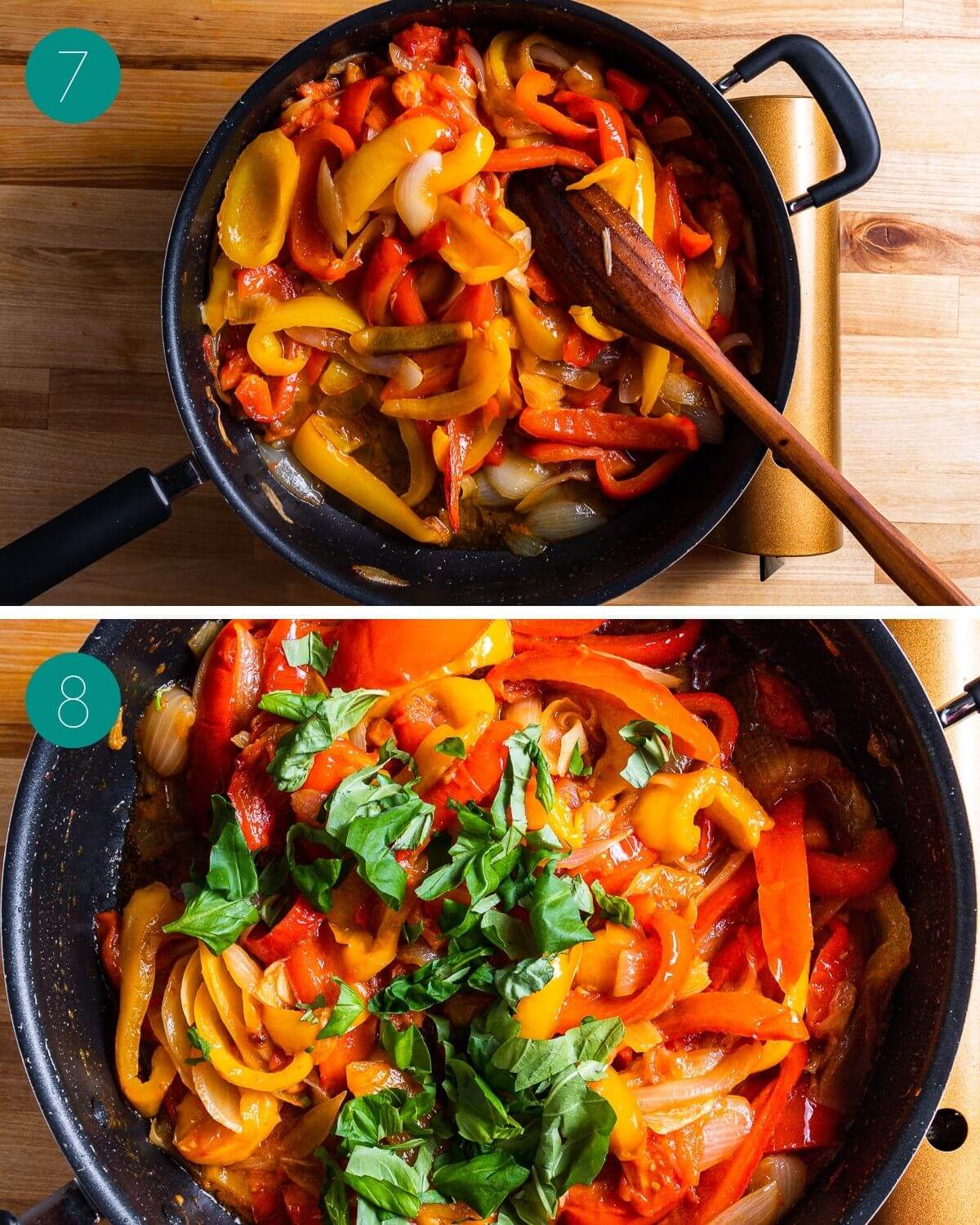 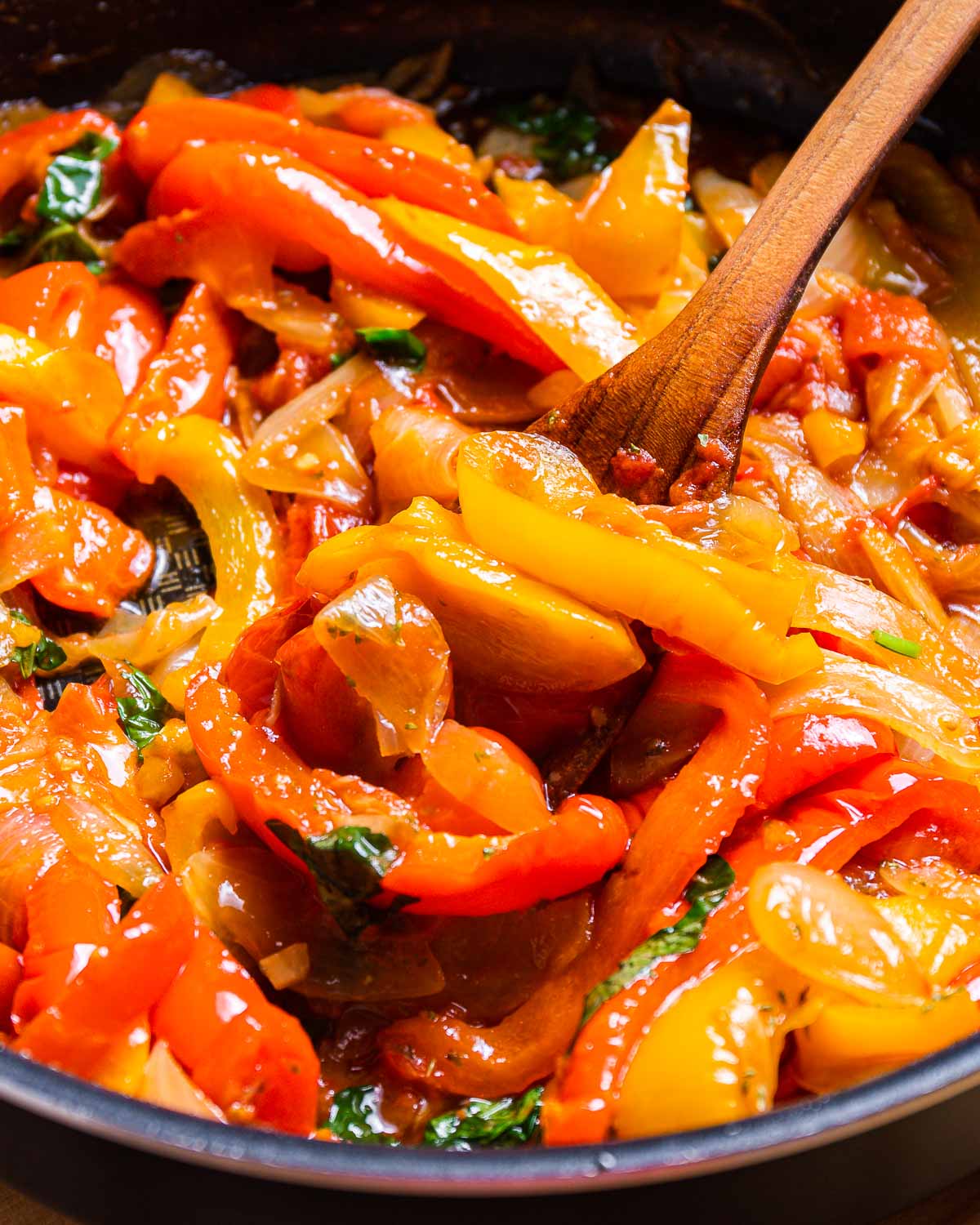 More goodness from the garden

If you're an Italian food lover, and you have a vegetable garden, you're probably growing eggplant, tomatoes, peppers, and of course, zucchini.

And if you like peperonata, I think you'll also love these other dishes using some of these glorious veggies.

If you’ve enjoyed this peperonata recipe or any recipe on this site, give it a 5-star rating and leave a review. 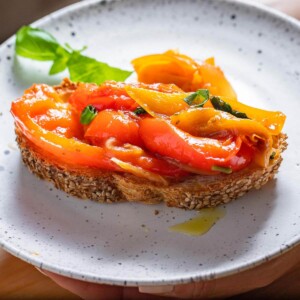