Italian sausage and potatoes is a simple, sheet pan dinner that is as comforting as it is delicious.  Crispy potatoes are infused with all the flavor that comes from being nestled beside the sausage, plus plenty of onion slices for good measure.  We like to serve ours with cherry peppers and grated Pecorino Romano at the end because they both really do make everything better!

I've been eating this since before "sheet-pan dinners" were even a thing.  My grandmother, and mother, would make this regularly and it never disappointed!

Now I make it for my family and it's always a hit.  Served alongside a simple side, like the best green salad, or our orange fennel salad, this really is the perfect easy dish for any night of the week.

What type of sausage?

Wander into any nonna's kitchen when she's making sausage and potatoes, and you're likely to find pinwheel sausage - the long skinny sausage that is coiled up into a wheel.

Pinwheel sausage can be purchased at almost any Italian pork store here in the New York metro area.  Cheese and parsley is the type most commonly found and works great for this recipe.

Having lived outside of New York for a few years, I can say that pinwheel sausage isn't available everywhere - and that is ok, really!

While my preference is to use pinwheel sausage in this dish for tradition's sake, sausage links will work just as well. 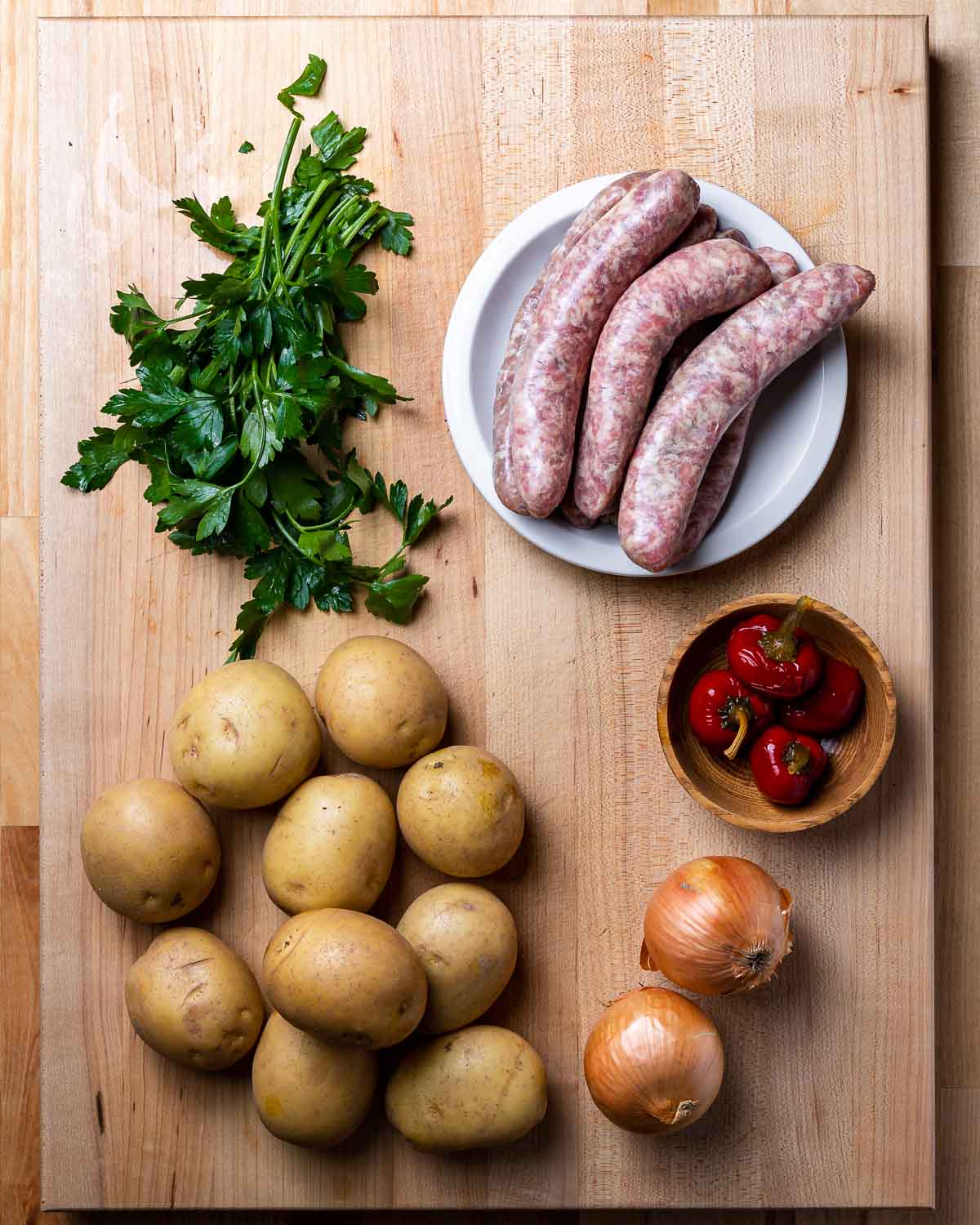 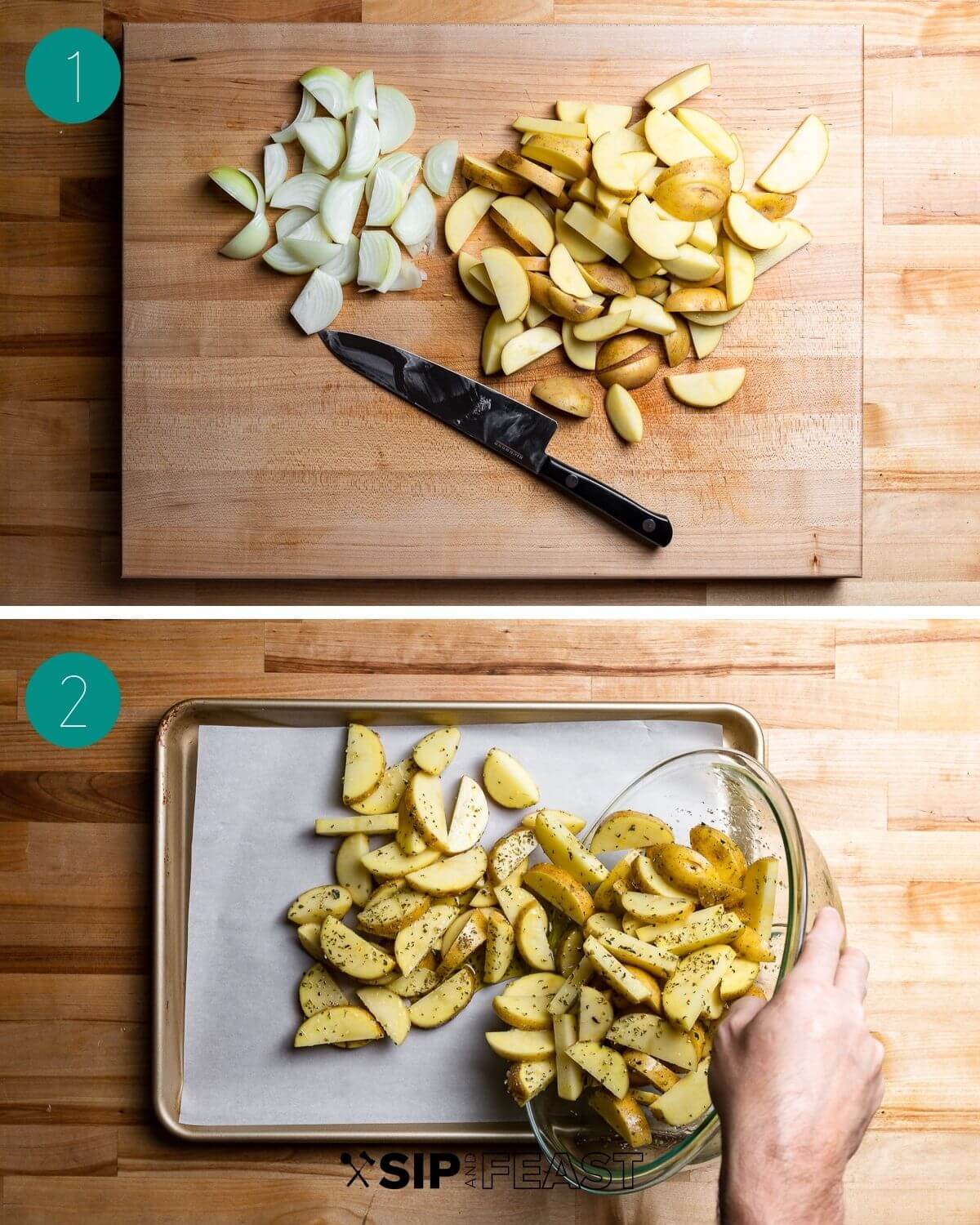 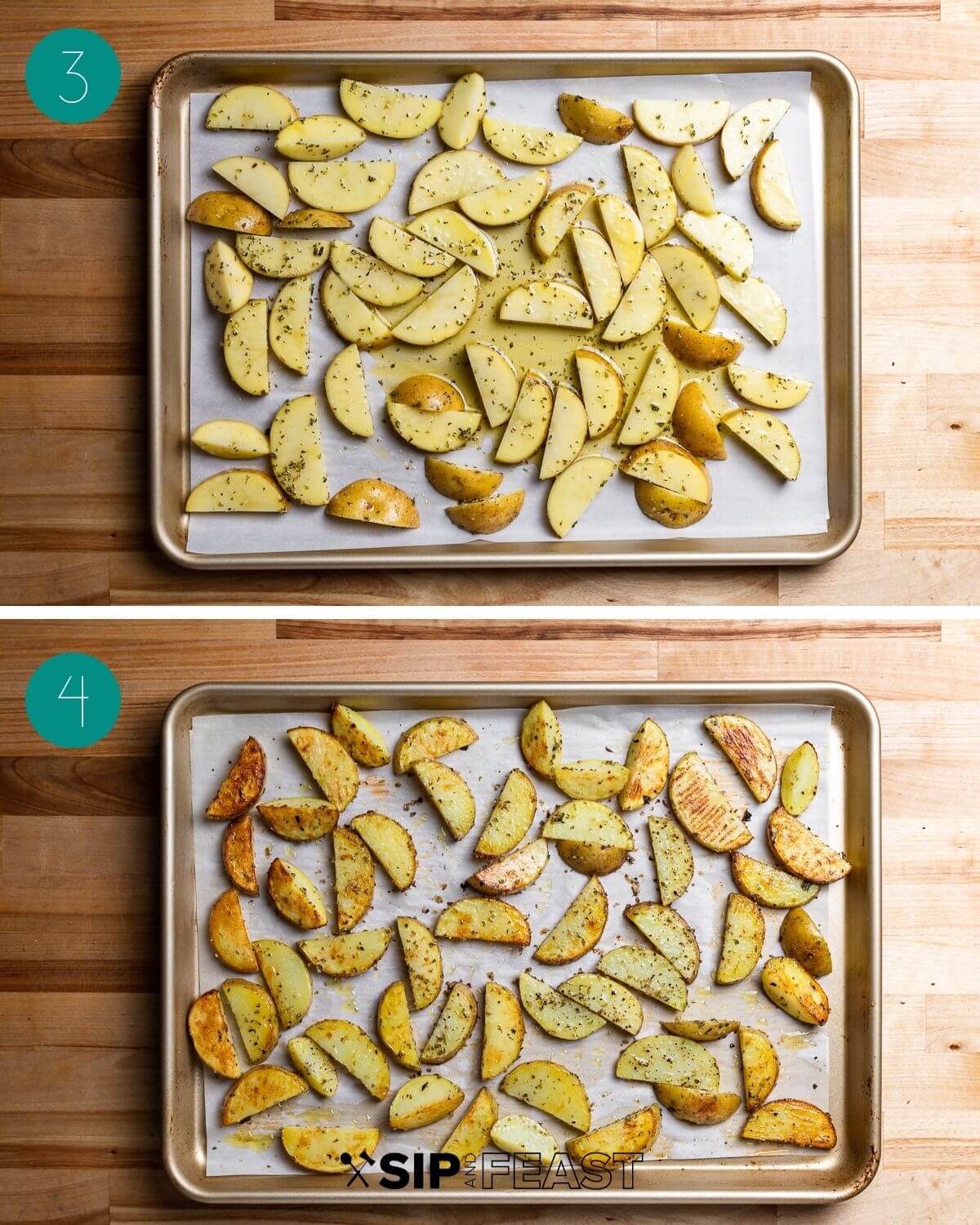 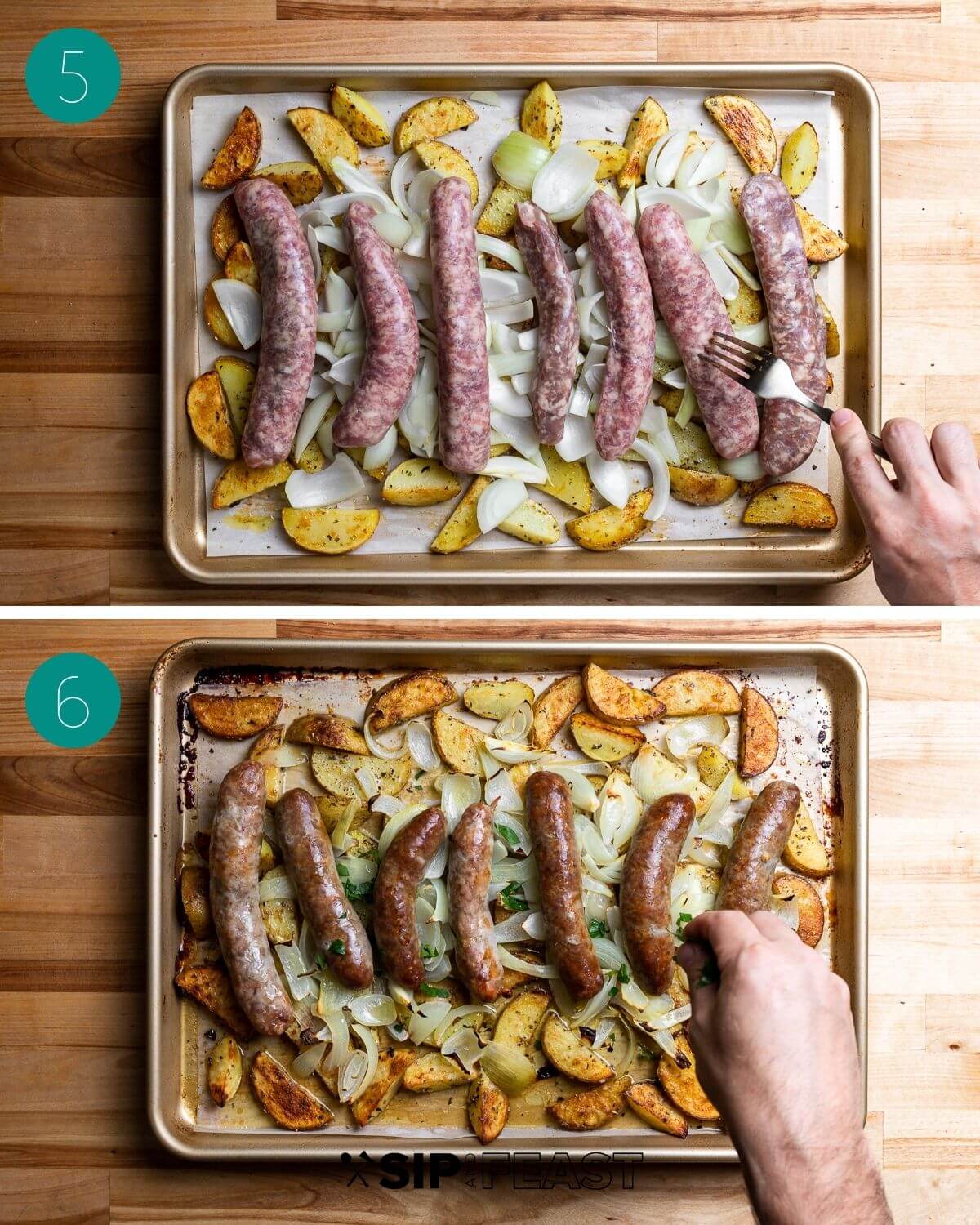 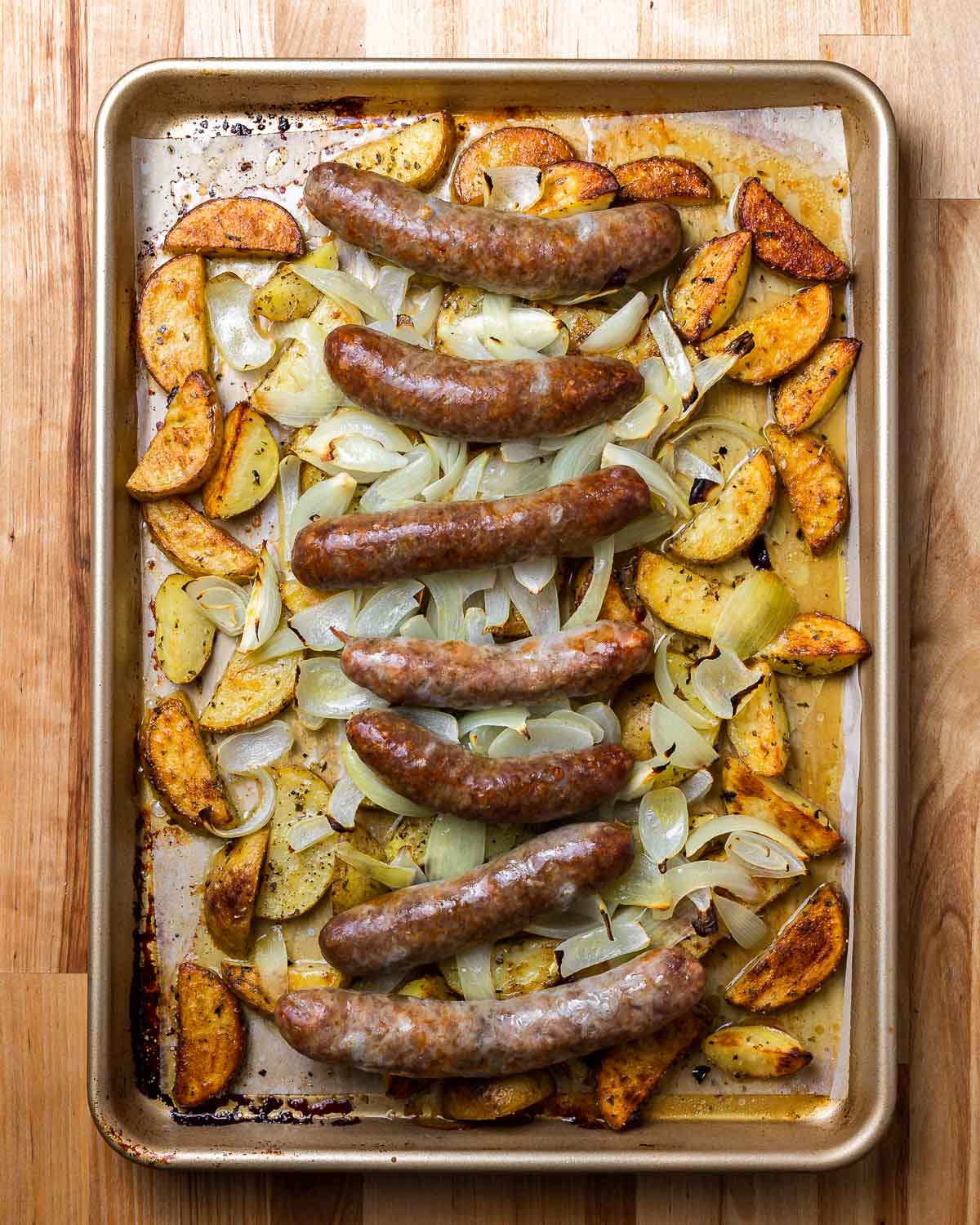 Sausage and potatoes are a winning combination.  But they're also great without one another.

We've got a few recipes that feature either sausage, potatoes, or both that we think you will love!

If you’ve enjoyed this Italian sausage and potatoes recipe or any recipe on this site, give it a 5-star rating and leave a review. 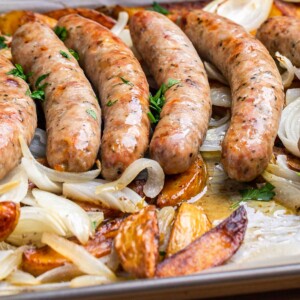