Pepperoni pinwheels with pizza dough are a classic New York pizzeria must-have.  Homemade pizza dough is layered with marinara sauce, pepperoni, ham, and mozzarella, then rolled into a log and sliced to create the pinwheels which are baked until golden.  Served with a side of marinara for dipping, pinwheels are perfect for any time you're craving a taste of New York! 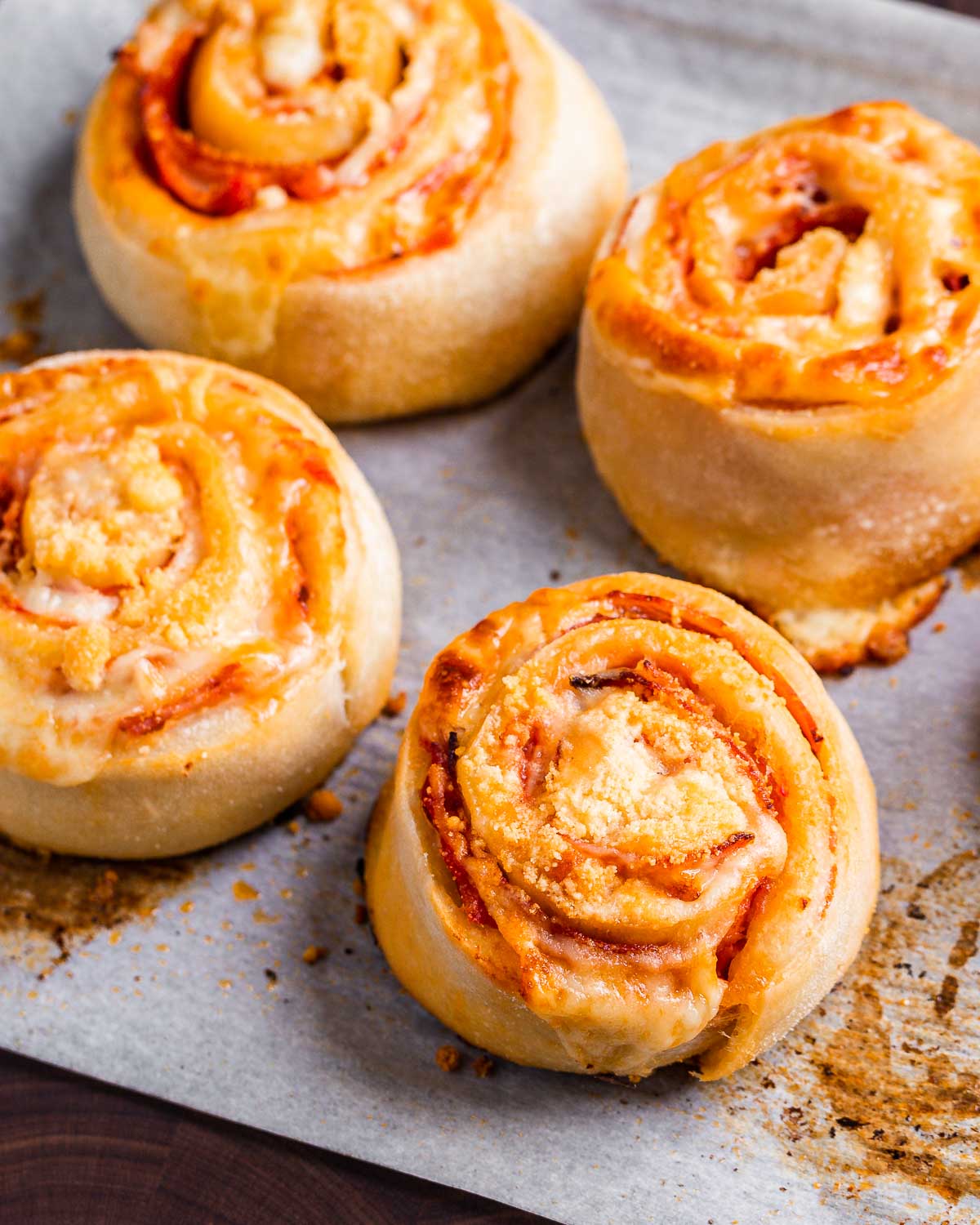 Walk into any New York area pizzeria and you're sure to find a variety of goodies tucked behind a glass counter:  chicken rolls, garlic knots, and pizzas piled with all sorts of toppings.   And one of my favorites is the pepperoni pinwheel.

The pinwheel is not only beautiful to look at with its cinnamon bun-like roll, but it is also full of flavor and texture thanks to the ham, pepperoni, cheese, and pizza dough.

For me, the pepperoni pinwheel is almost always an impulse buy.

I'll go to pick up a pie and I see those pinwheels just begging to be eaten.

"Throw in a couple of pinwheels and some garlic knots" is usually how that transaction ends and within minutes I'm happily devouring a pinwheel on the car ride home.

Pepperoni pinwheels are super simple to make at home, and since you're in charge you can customize them however you'd like.

You can use homemade pizza dough, supermarket store-bought, or dough from your favorite pizzeria.  You can use salami instead of pepperoni, or add provolone to the mix.

Make it your own and have fun experimenting with the fillings! 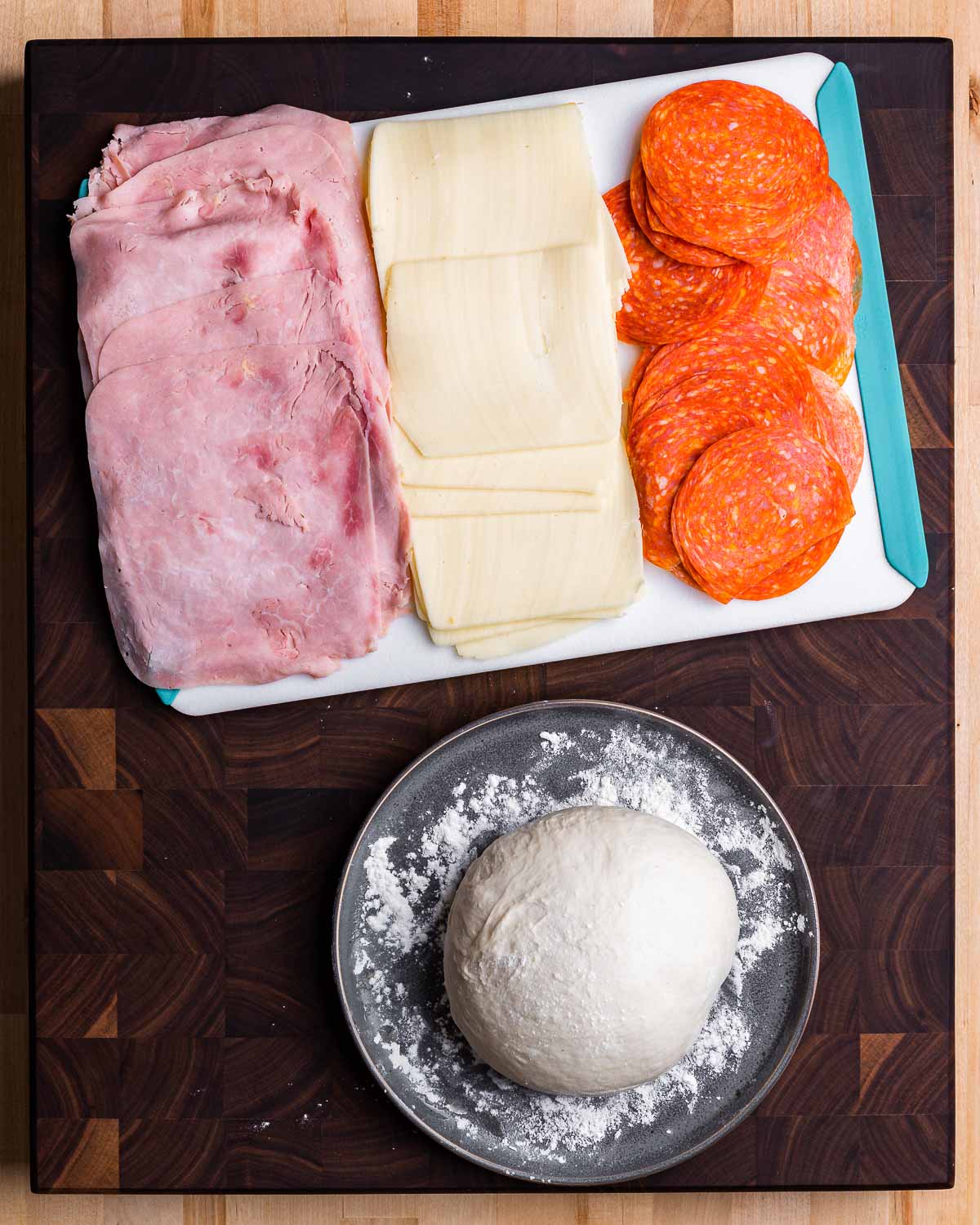 How to make pepperoni pinwheels with pizza dough

Note: No matter what pizza dough you decide to use, it needs to be taken out of the fridge anywhere from 3-5 hours prior to stretching and/or rolling the dough.  In the winter the dough might need 5 hours while in the summer 3 should be okay. 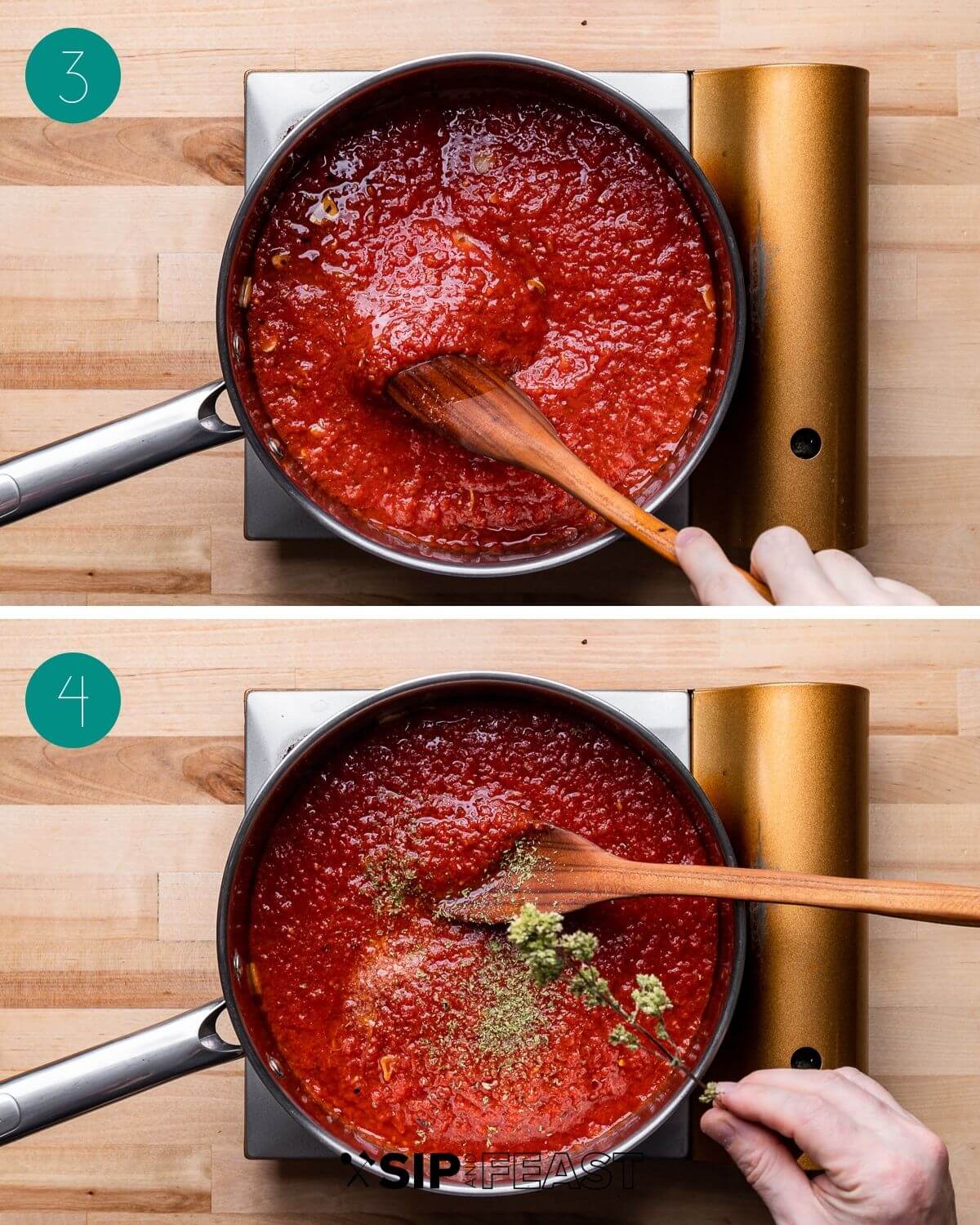 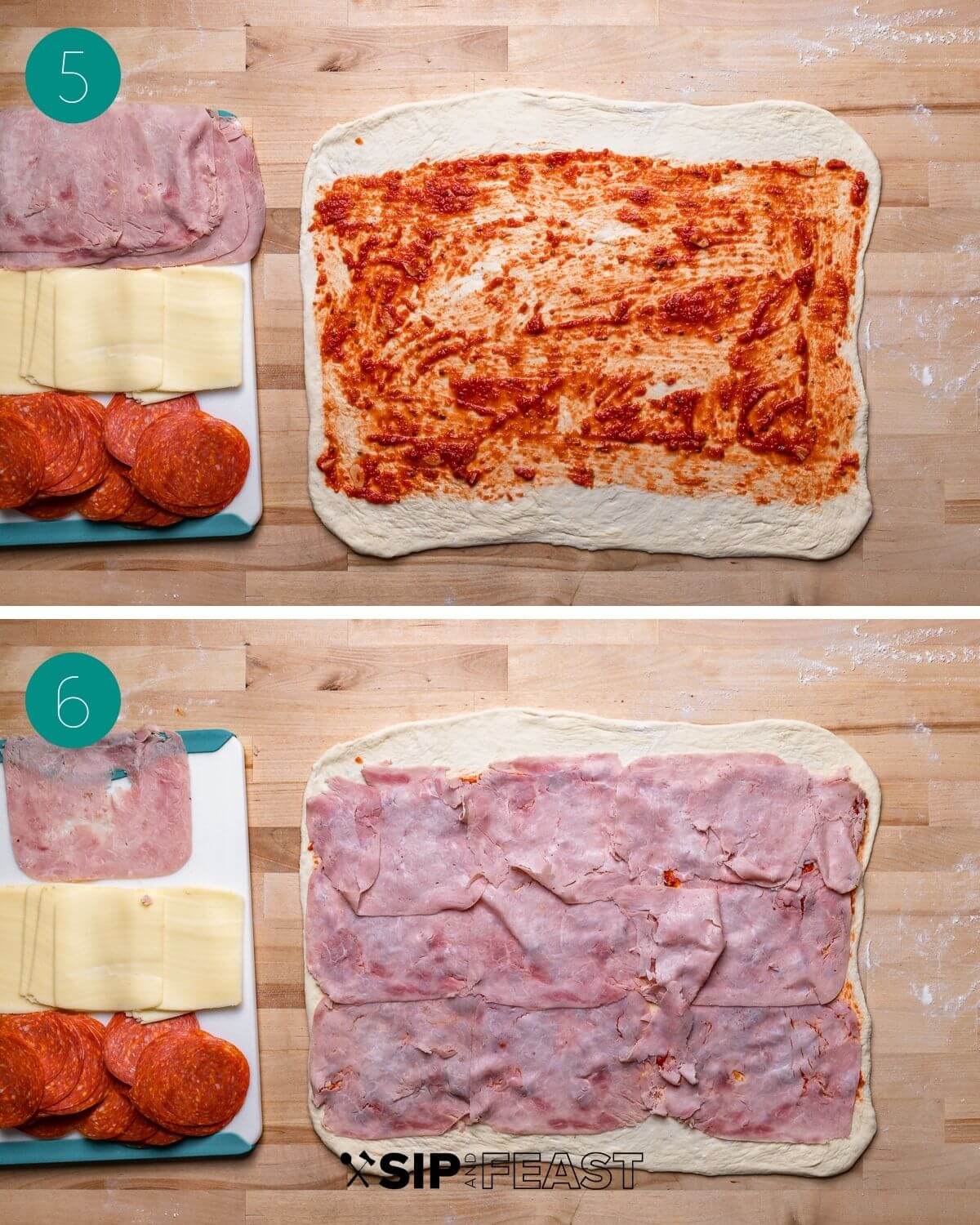 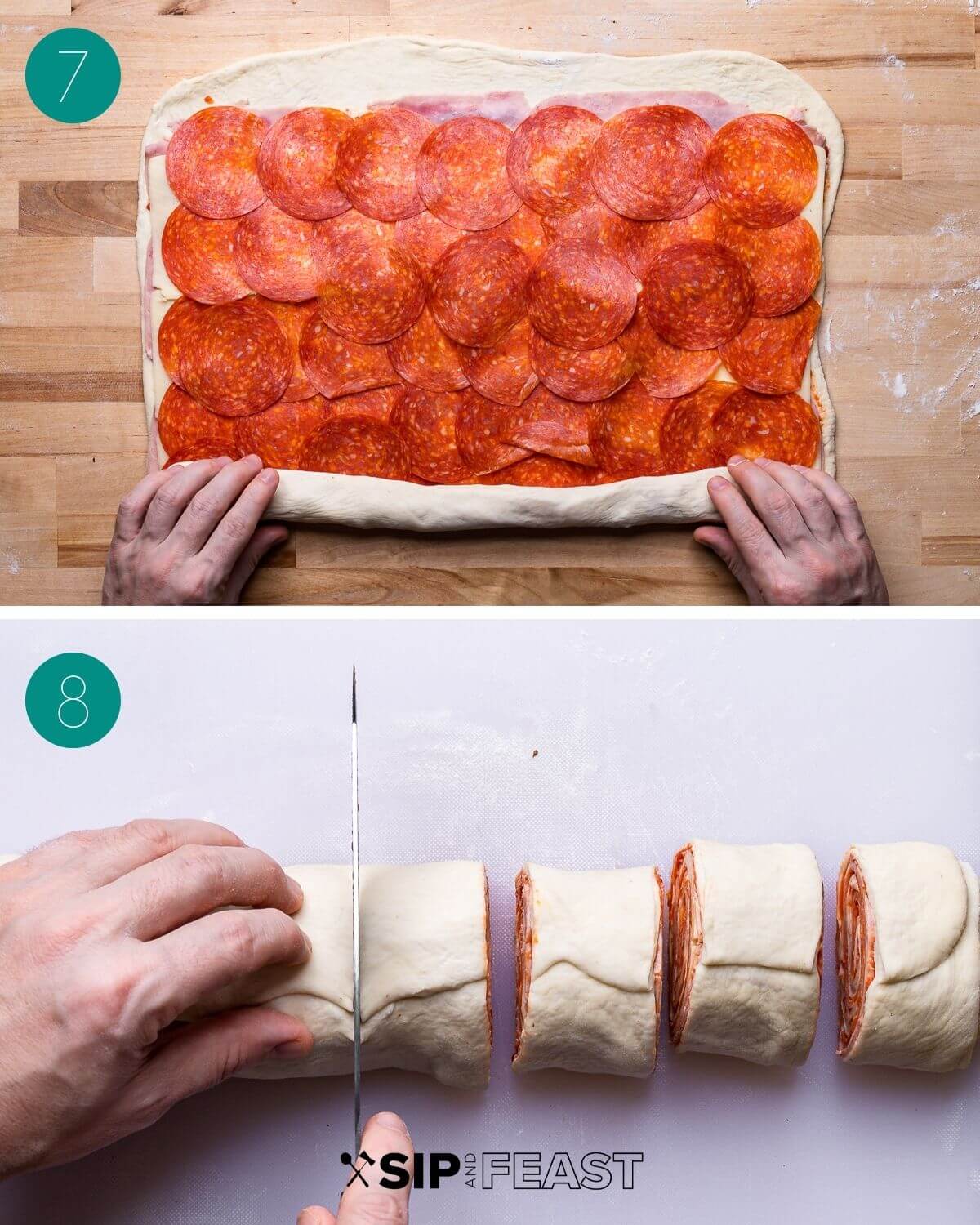 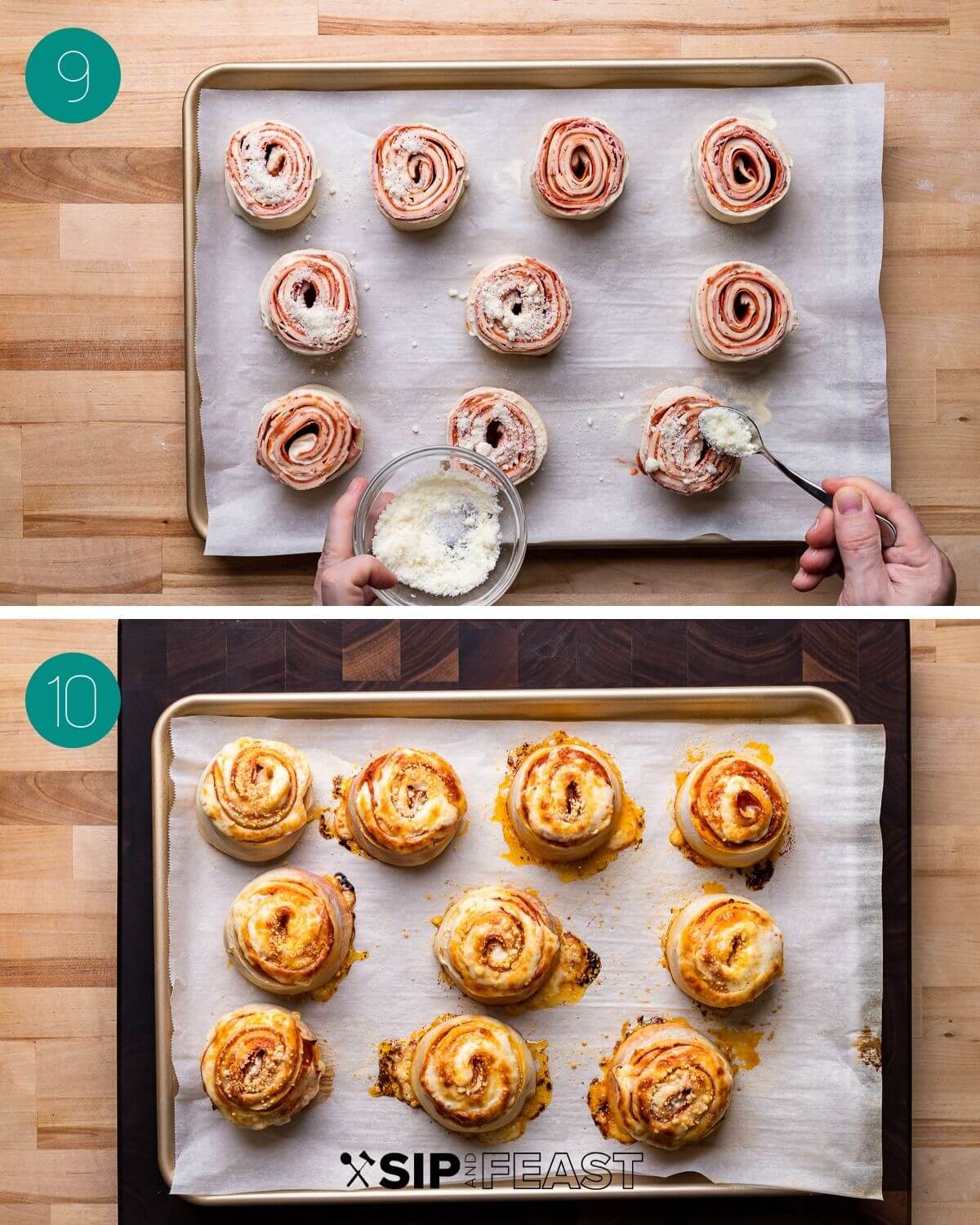 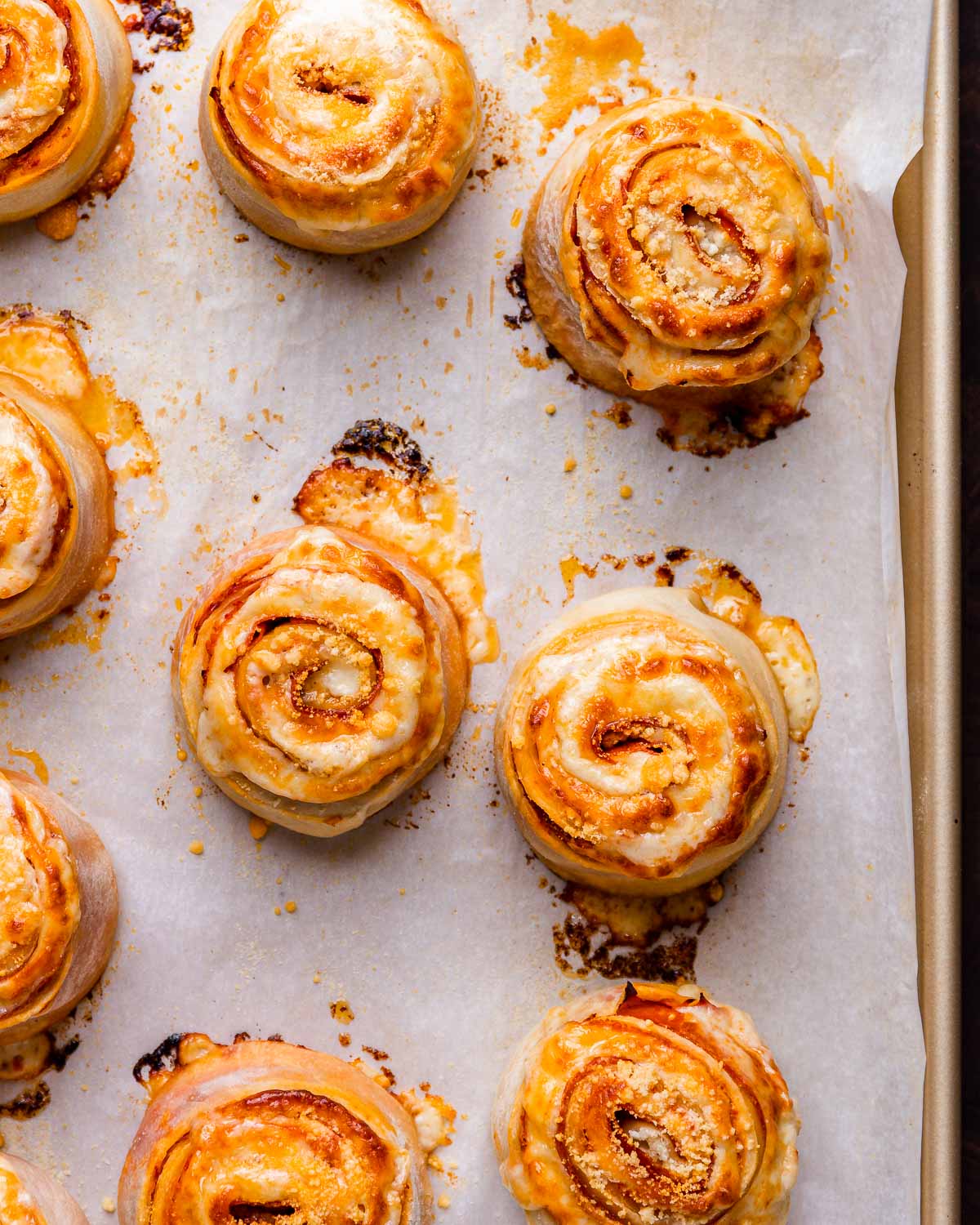 If you’ve enjoyed this recipe for pepperoni pinwheels made with pizza dough or any recipe on this site, give it a 5-star rating and leave a review.

For the pepperoni pinwheel

For the pepperoni pinwheels